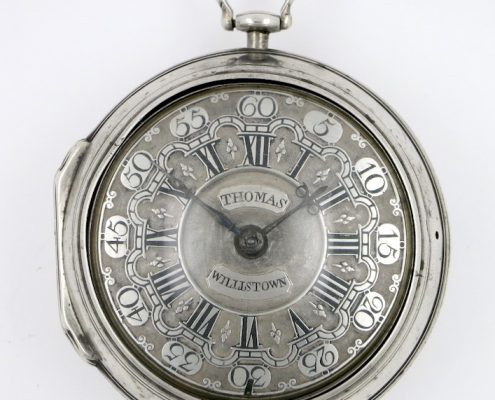 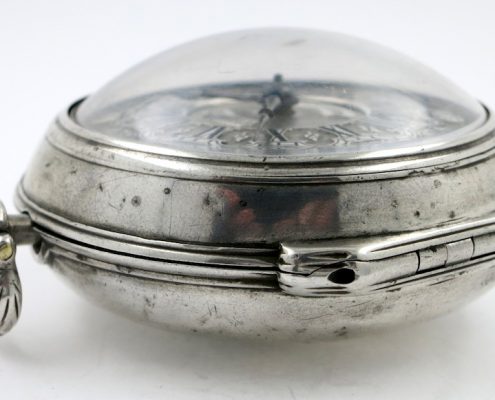 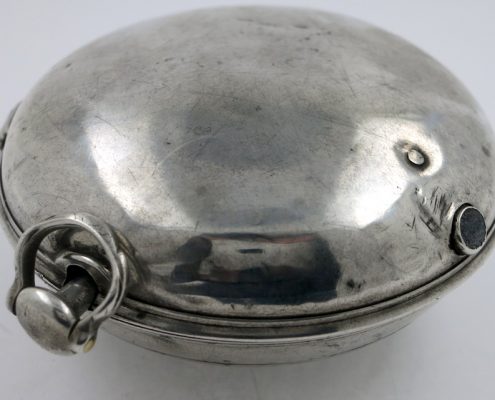 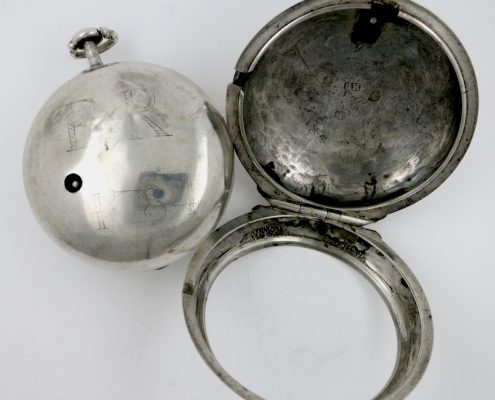 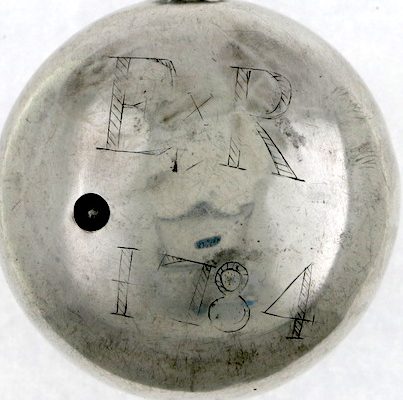 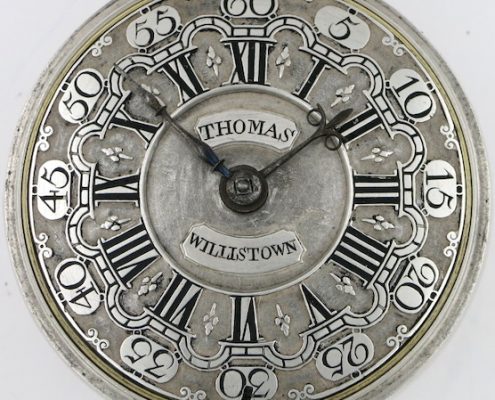 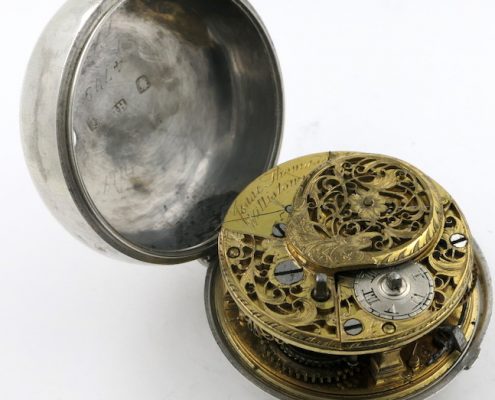 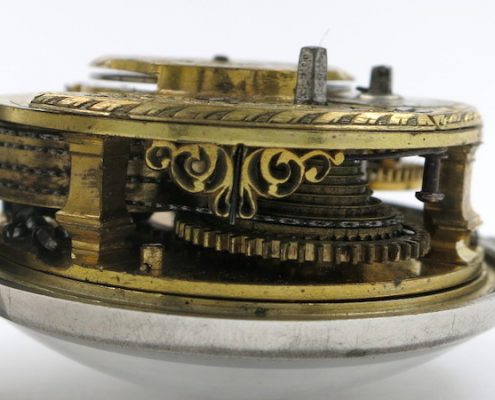 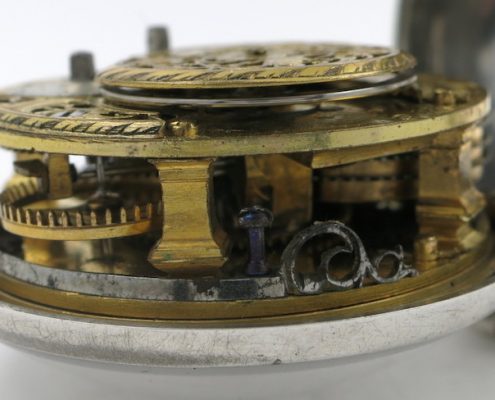 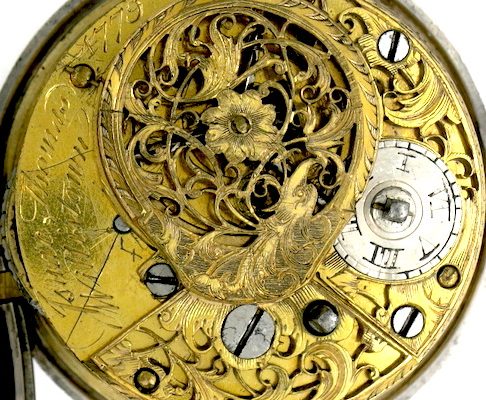 An early and rare contract watch, English made, but for import by a pre colonial American clockmaker and retailer.

In good condition, though the pendant has been reattached. The hinge is fine and the bezel snaps shut correctly. The high dome crystal is fine.

The back has some light bruises and is scratched with initials and a date “ExR, 1784”.

Again in good condition, though with signs of old repairs to the inside of the rim, and some light bruises to the back. The small stud which should be on the outside of the bezel at the catch is missing.

The catch button is worn, but the catch itself and hinge are fine and the case snaps shut correctly.

Clockmaker Isaac Thomas of Willistown, Pennsylvania was born in 1721 and died in 1802.

Though this movement was an English made import (probably London), American signed movements of this true colonial era (pre-1783) are rare.