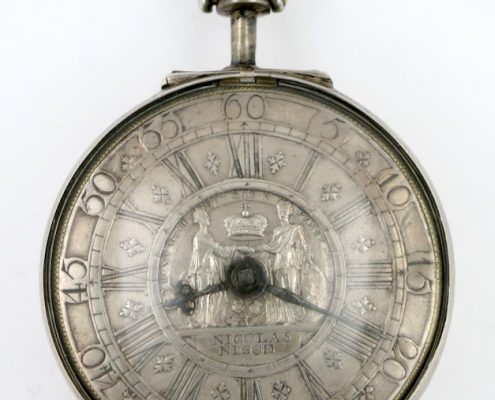 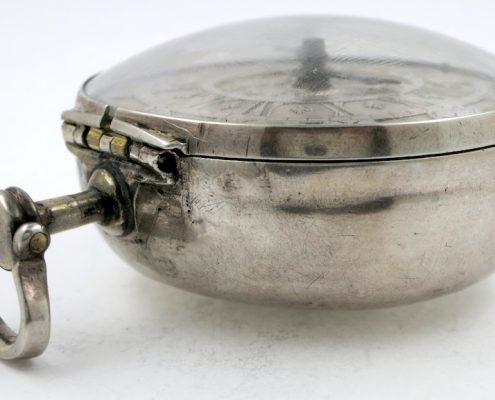 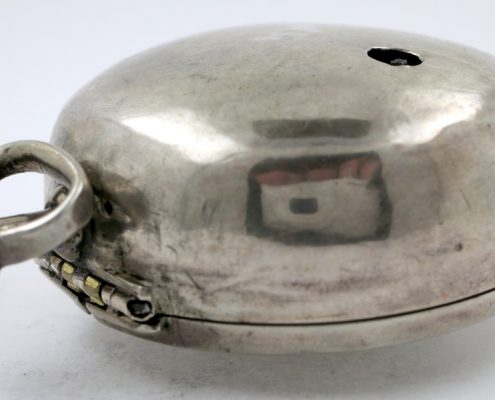 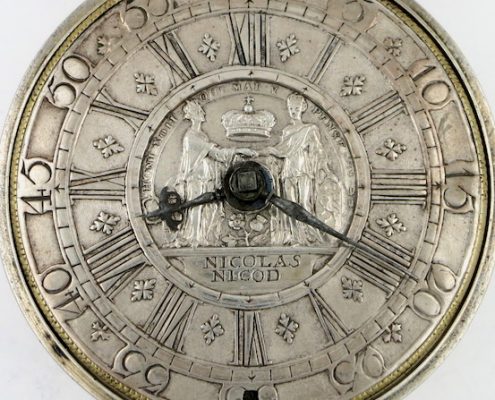 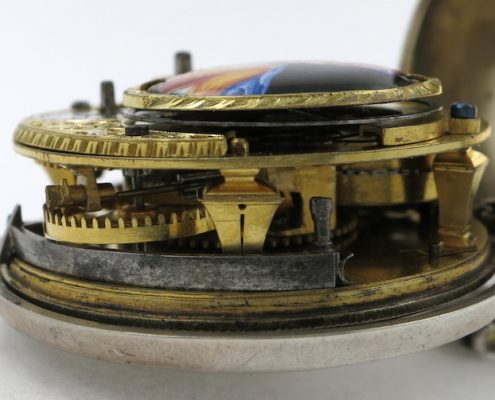 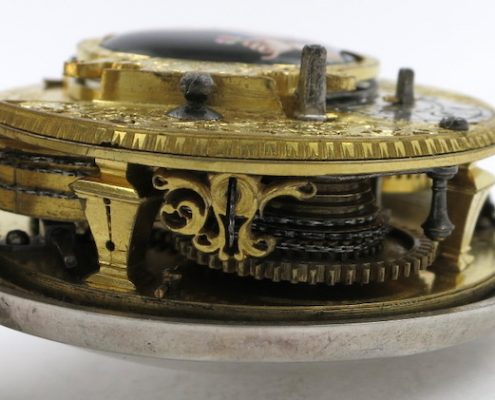 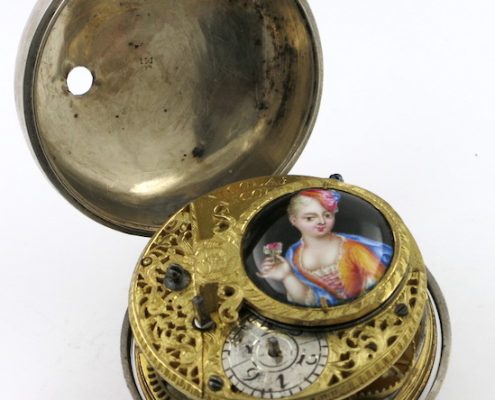 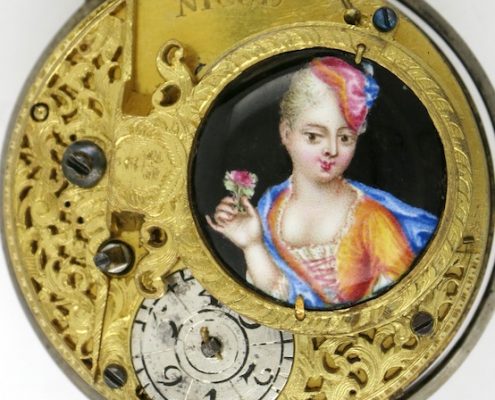 DIAL : A wonderful silver champleve dial, in very good condition. Signed “NICOLAS NICOD” below insignia celebrating The Act of Union. These include a banner inscribed Honi soit qui mal y pense above a crown and two images of Queen Anne, one with a shield showing the three lions on England and the other showing the single lion of Scotland. All above a rose and thistle.

Honi soit qui mal y pense is a French term used as the motto of the British chivalric Order of the Garter. In 1707 Queen Anne gave the royal assent to The Act of Union between England and Scotland, to form the new Great Britain. Queen Anne attended a service of thanksgiving at St Paul’s Cathedral in London, wearing the Order of the Garter.