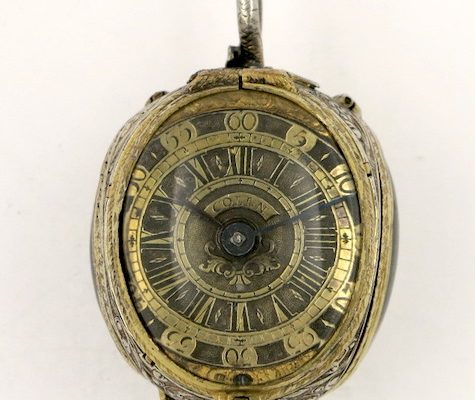 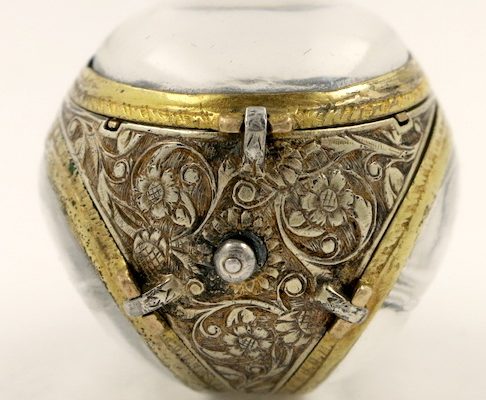 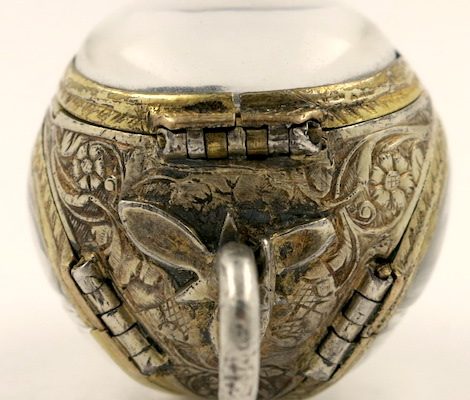 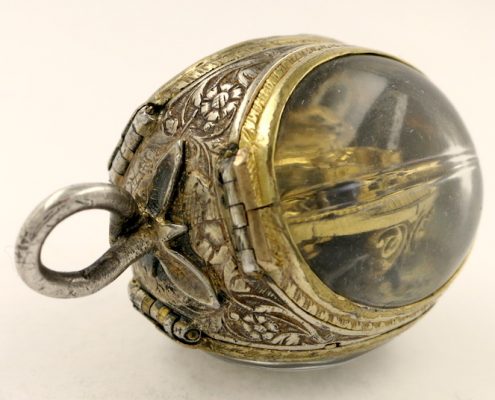 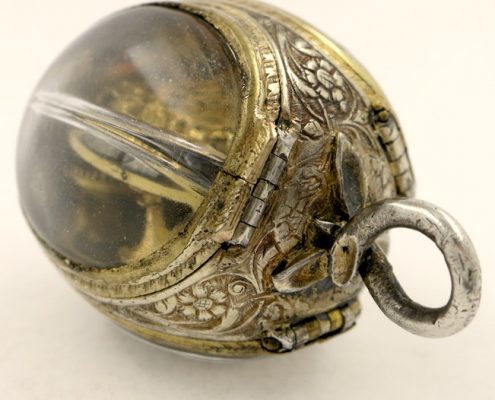 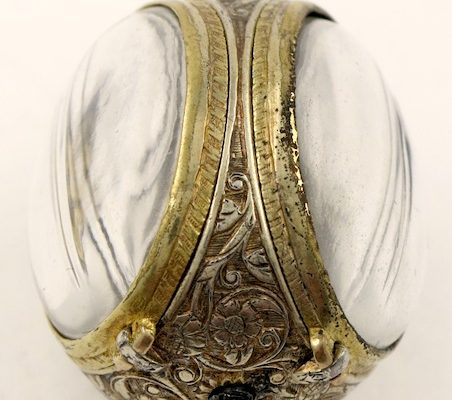 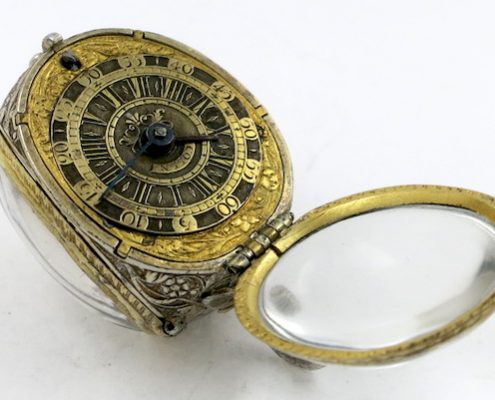 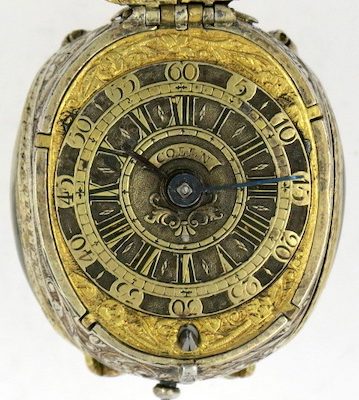 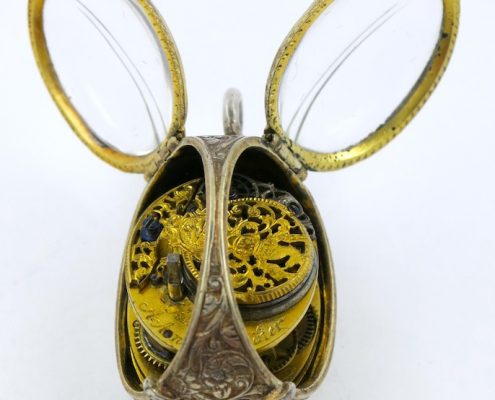 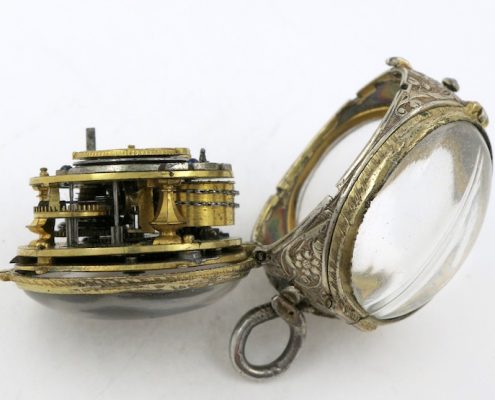 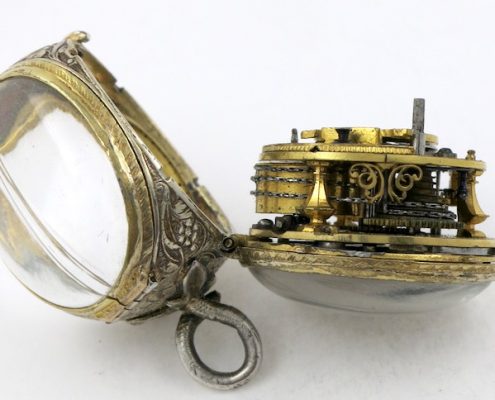 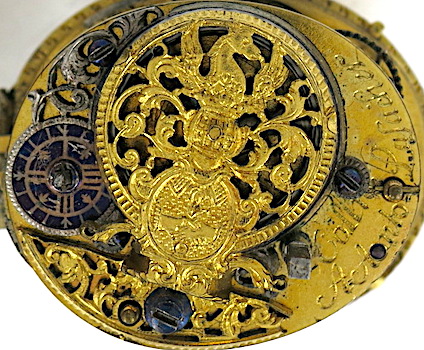 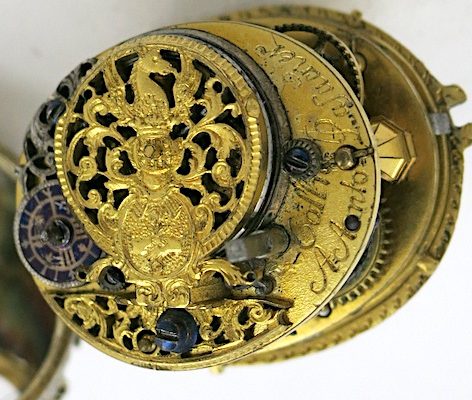 The movement is in fine condition and is running well.

CASE : Silver gilt and gilt metal, consisting of an oval body with three covers, each cover made of rock crystal panels set into engraved gilt bezels. The two side crystal panels are shaped to resemble petals.
The body is of silver gilt, chased with flowers and foliage, with a silver pendant shaped as a flower stalk.

Good condition throughout, though with wear to the gilding of the silver body. The hinges and catches are fine and all three covers close correctly..

The case of this watch, and probably the dial plate, are from the first half of the 17th century. The movement and dial were specially made for this case around 1730, probably for the family whose arms appear on the balance cock.

Provenance : This watch was  sold at Antiquorum Auctioneers in Geneva in 2005.