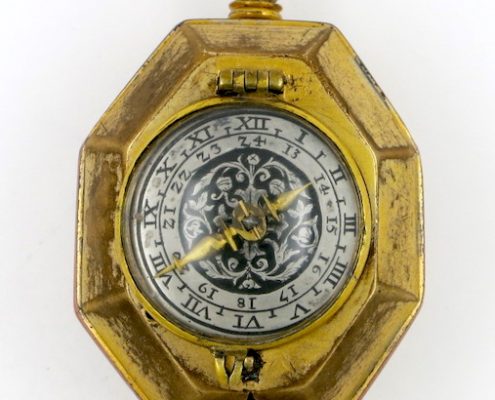 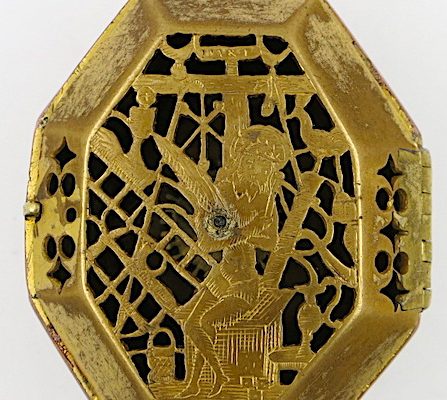 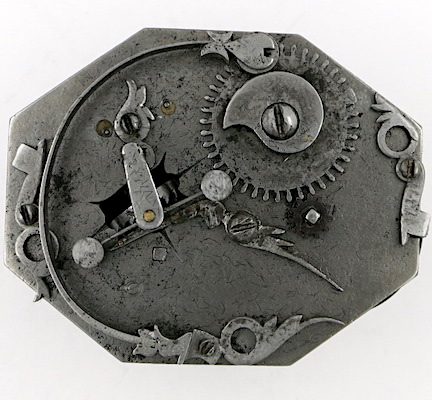 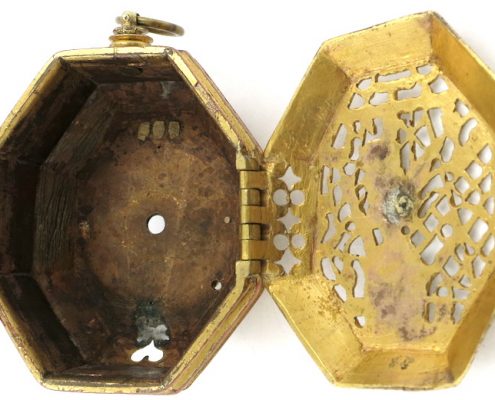 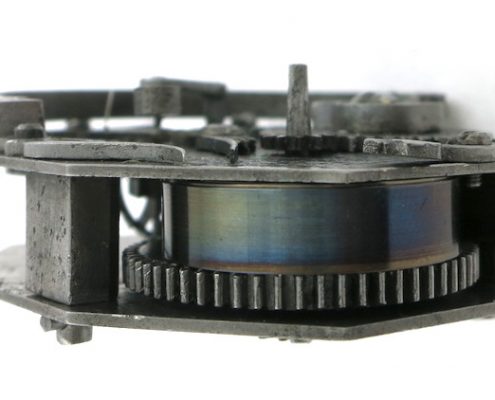 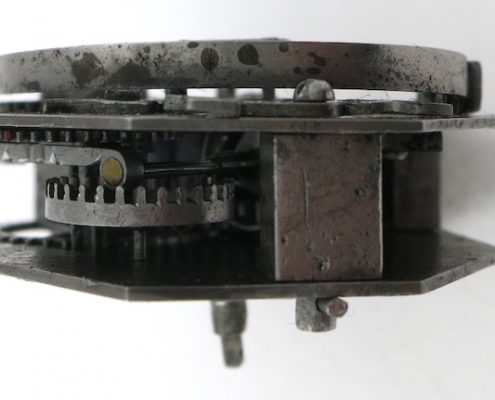 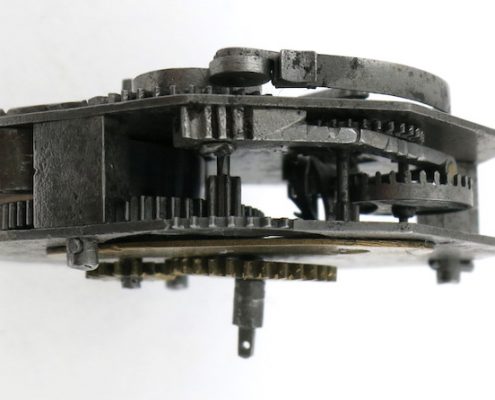 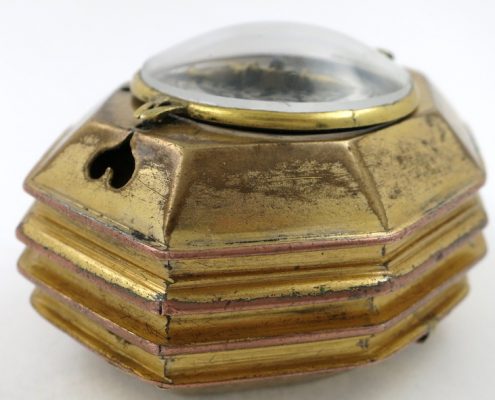 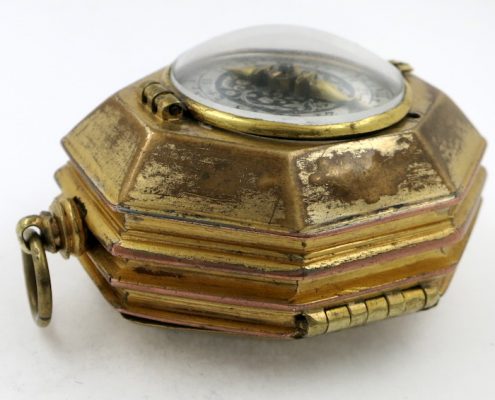 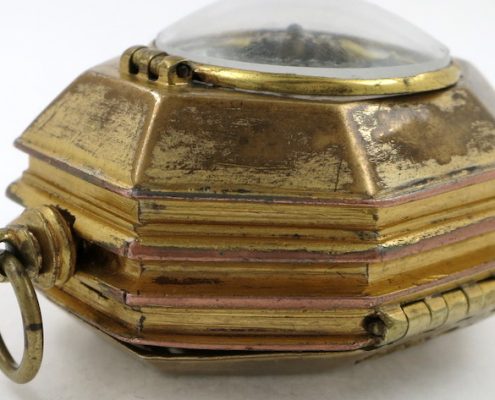 The movement is complete and runs.

CASE : Gilt grass octagonal case, pierced to the back and with a single heart shaped aperture to the front.

The pierced back is engraved with the scene of “The Man of Sorrows”. This shows Christ seated on a pedestal beneath the cross and surrounded by instruments of the passion. Above is engraved “INRI” (Jesus of Nazareth, King of the Jews).

All in good condition considering the age. Wear to the gilding but both hinges and catches are complete and both covers close. There is a small plugged hole in the centre of the back (see notes below), and another small hole to the left of the dial.

NOTES : The case is very similar to another “Man of Sorrows” example in the British Museum :

The back of the case is pierced so would originally have held a striking movement, with a bell screwed into the back (hence the plugged hole). To the front, the dial would have been covered by a hinged pierced cover, so the glazed cover is later.

The movement is similar to this mid 16th century example in the British Museum :

but steel movements of this type and date are normally in round cases. Longer, octagonal case are seen in the mid 17th century and by that time had brass plates. The movement plates of this watch are a perfect fit to the case, so it is not an older movement which has been reshaped.

So this movement is later than the case, with some components (eg. the mainspring) being much later, but was probably made specifically for the case.