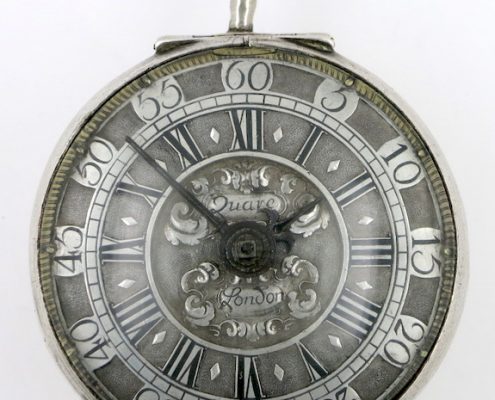 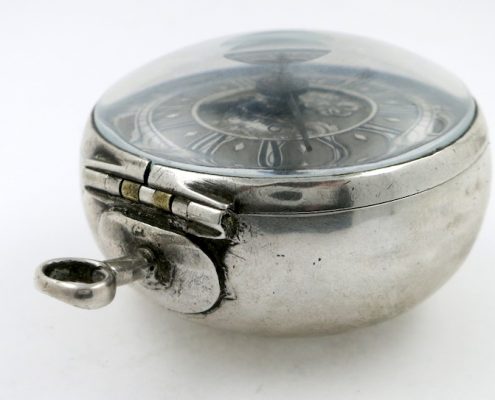 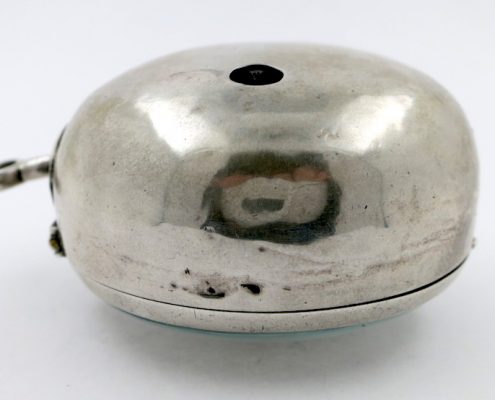 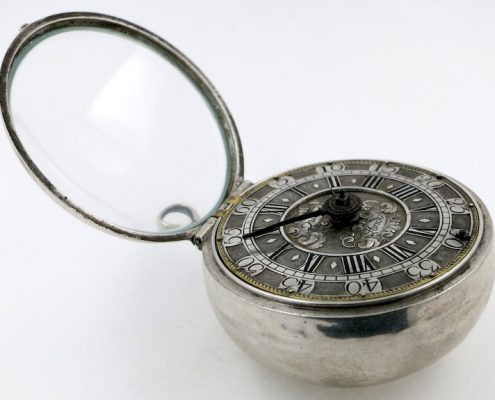 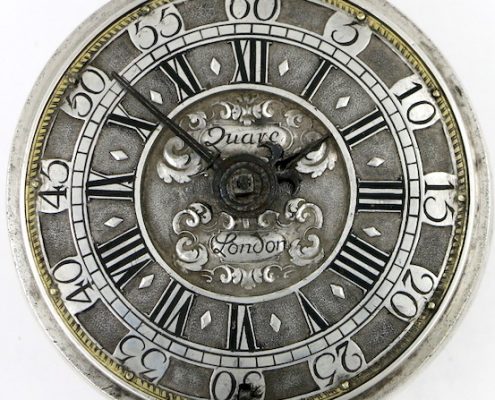 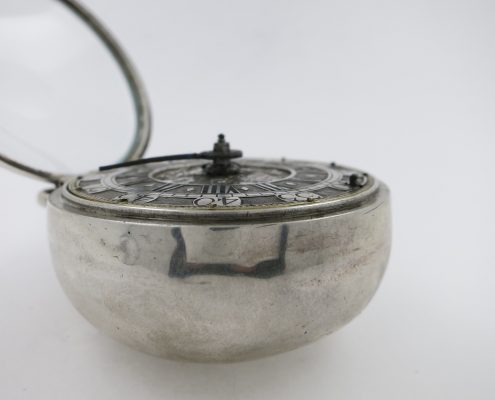 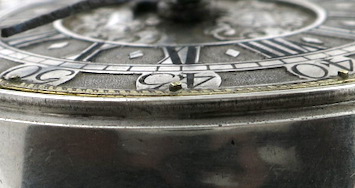 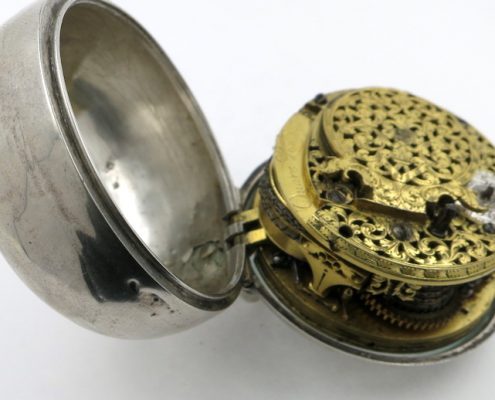 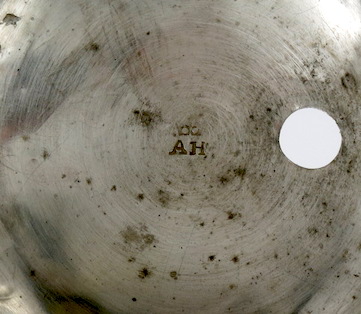 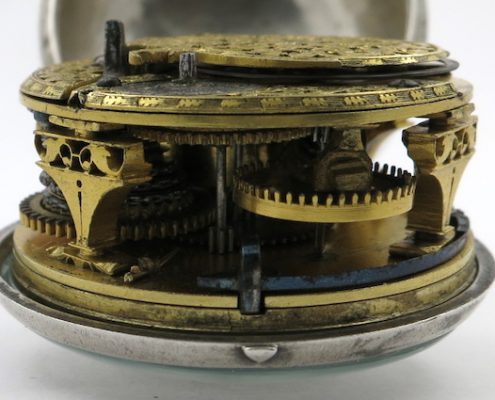 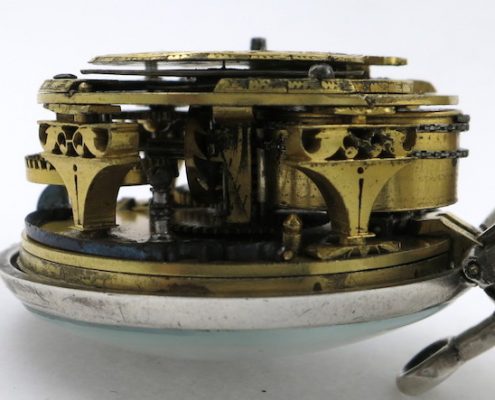 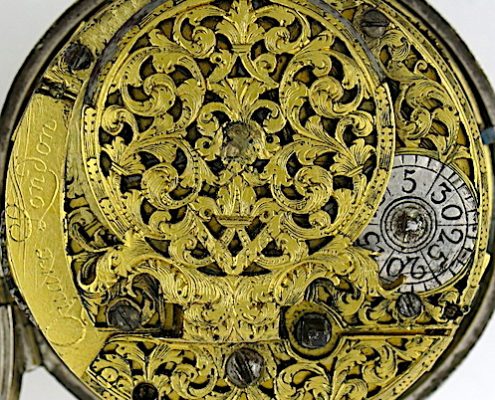 An early English verge from an important maker, with original champleve dial, in a silver case.

There are 2 or 3 replaced screws, marks to the centre of the balance cock, light scratches around the signature and to the crest on one of the pillars, but generally good.

DIAL : A fine silver champleve dial, in very good condition. Signed “Quare, London” on the central disc. Very unusually, there are touch pins around the edge at each hour (except 12 and 6) to allow the time to be estimated in the dark.

CASE : Silver, with no hallmarks, but maker’s mark AH under a coronet.

In average condition. The fixed bow and pendant are replacements and have been reinforced with a silver plate.

However the rest of the case is good. The hinge is fine and the bezel snaps shut correctly.
The high dome bull’s eye crystal is also fine.

This watch would originally have had a second, outer pair case. This is absent.