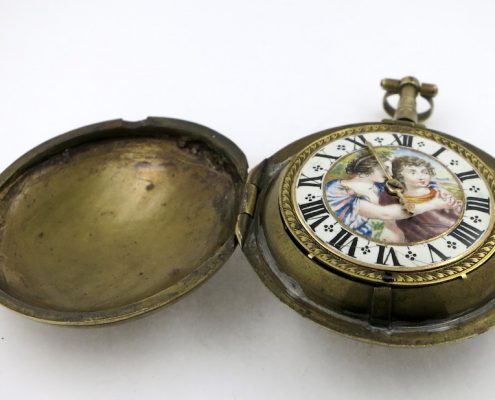 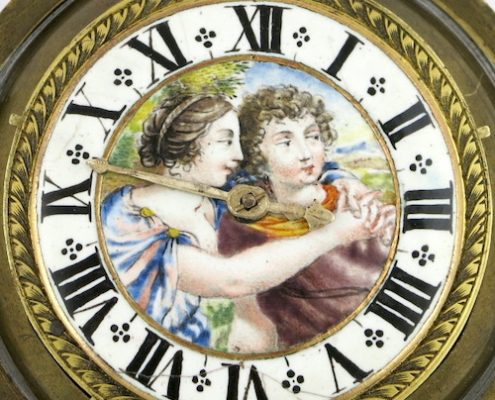 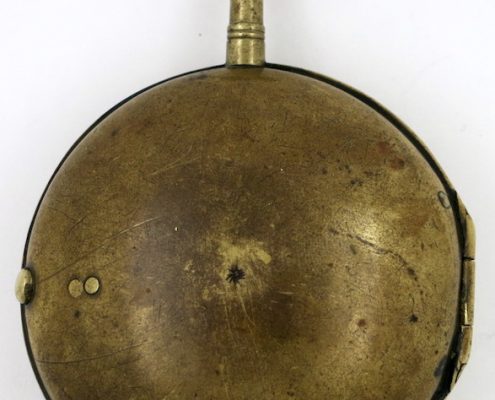 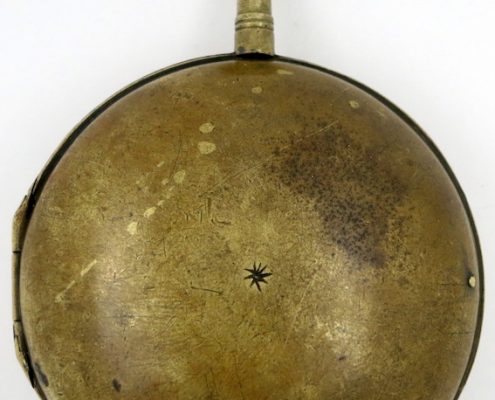 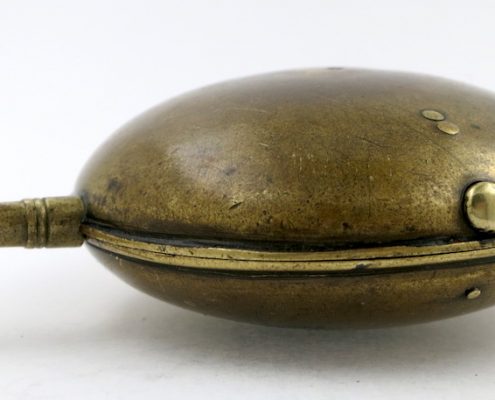 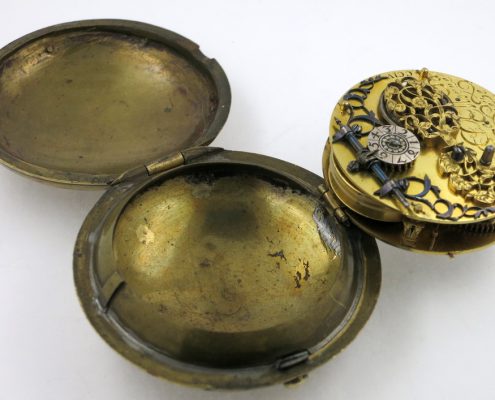 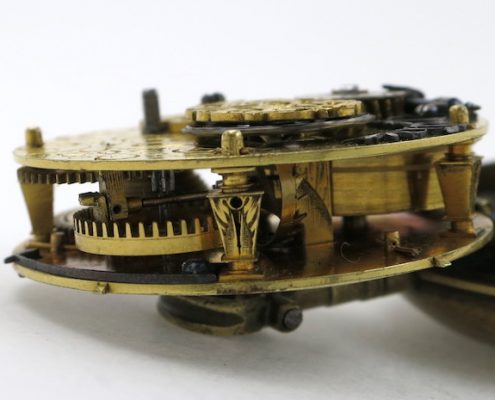 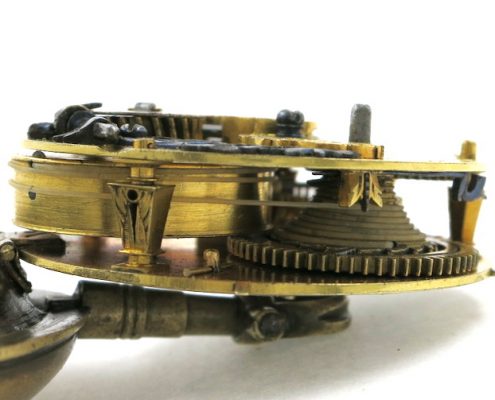 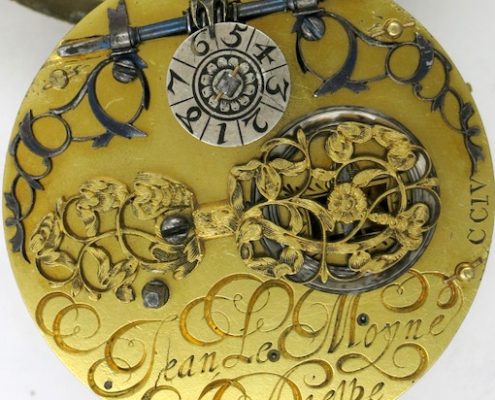 An early 17th century French verge watch, with original dial and movement, in a later gilt case.
In exceptional condition for such an early watch.

The single hand is driven from the fusee wheel which is driven by a gut line from the mainspring.

All in good condition and running.

DIAL : A wonderful original polychrome enamel dial, showing two young people. A bold chapter ring, typical of the period. A replacement hand, but of the correct style for the period.

The dial is in wonderful condition for the age of the watch. No repairs and just a couple of hairlines within the chapter ring.

In good condition, though with signs of an old repair around the bezel. The hinge and the catch are fine and the bezel closes correctly.

This case dates from the late 18th century and was probably made specially for the watch.

This watch is rare in that it remains without a balance spring, and has never been converted.

There are no listings for a watchmaker of this name in Dieppe in the early 17th century, but the Le Moyne family were well known in Dieppe during the 17th century.

Charles Le Moyne was born in Dieppe in 1626 and went to New France (later Canada) in 1641. Perhaps he was of the generation after Jean the watchmaker.
Charles later became Lord of Longueuil. His sons were involved in the development of southern United States, and were founders of Louisiana and New Orleans.

There are examples of very similar to this watch in the fine reference book by Adolphe Chapiro – “Montre Francaise du XVI siecle jusqu’ a 1900”.