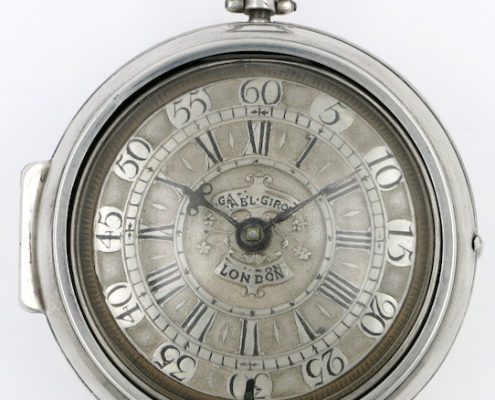 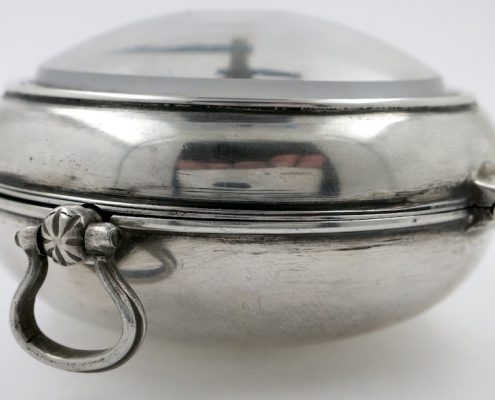 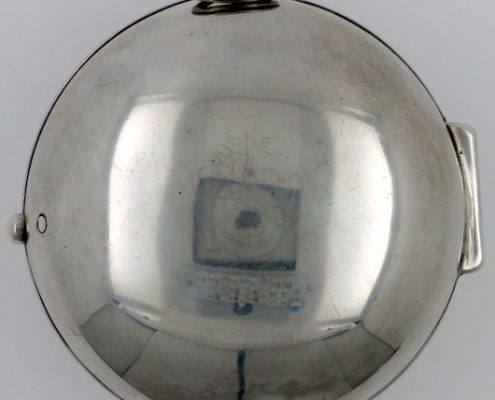 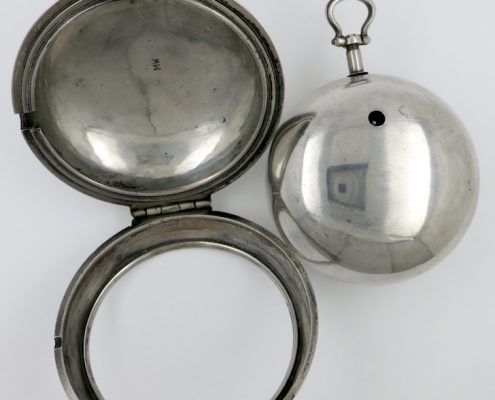 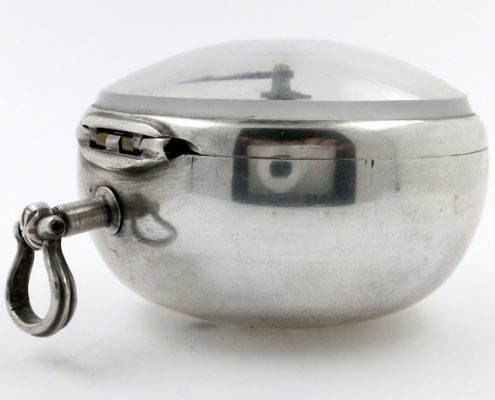 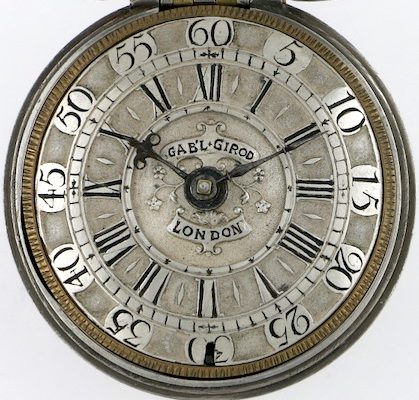 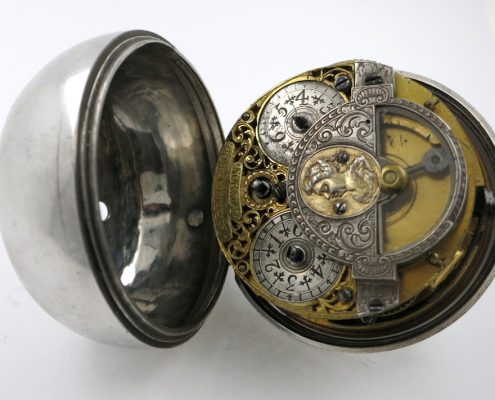 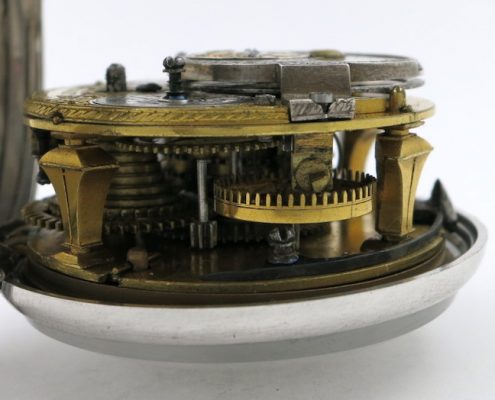 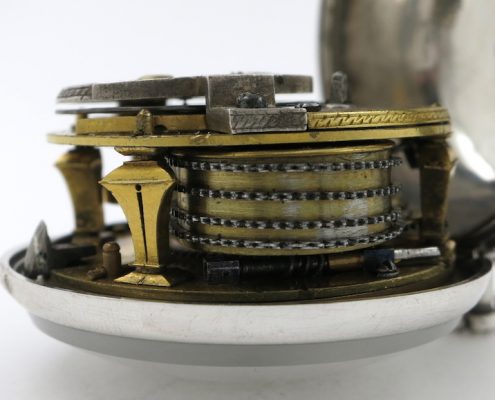 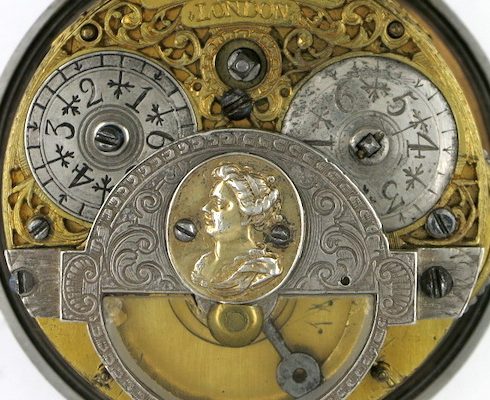 An very unusual and early English verge with glazed mock pendulum balance, and inset with a gilt portrait of Queen Anne.

MOVEMENT : Gilt verge movement, with silver glazed balance bridge exposing the mock pendulum balance. The bridge has a gilt oval panel showing a portrait, probably of Queen Anne.
The top plate layout is very unusual, with the winding square position between two matching large silver regulator discs. The right hand disc is the standard type, used to adjust the movement using the central square. The left hand disc is fixed by tightening a central screw, and seems to simply be a method of recording the position of the regulating disc (both are calibrated 1 to 6). This arrangement produces a pleasing symmetry.

In good condition with just a couple of small chips to the corners of the bevelled glass window of the balance bridge. Working well.

DIAL : Silver champleve dial, in good condition. Signed “GAB’L GIROD, LONDON” on the central disc. Just one small sliver of the silver missing on the edge at 8.

INNER CASE : Silver, with no hallmarks, but maker’s mark MW.

In excellent condition throughout. The high dome bull’s eye crystal is also fine.

Again in excellent condition throughout. The hinge, catch button and catch are fine and the case closes correctly.