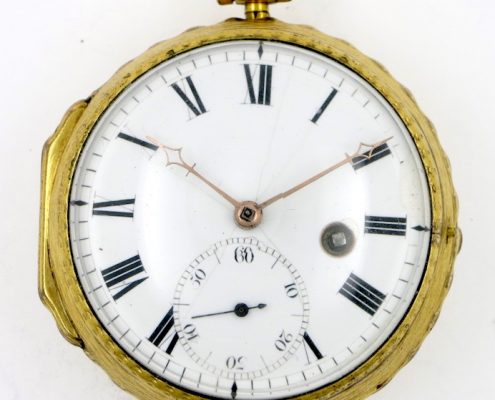 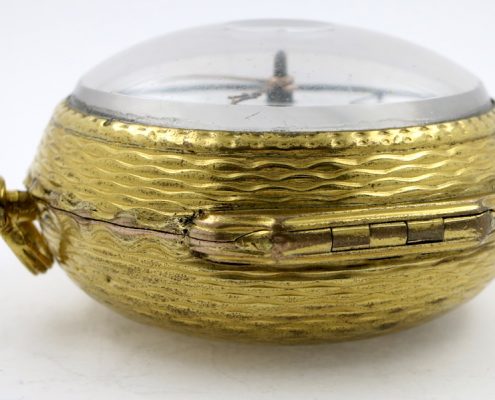 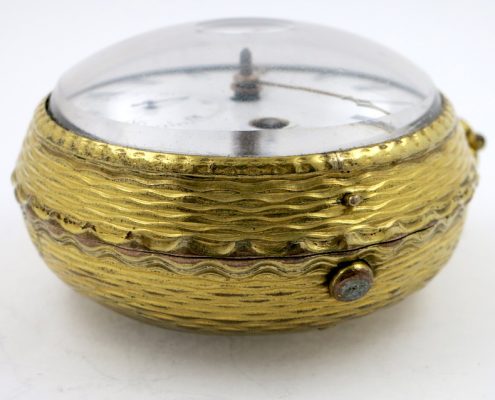 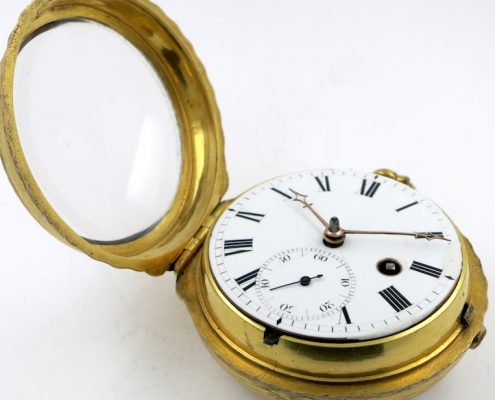 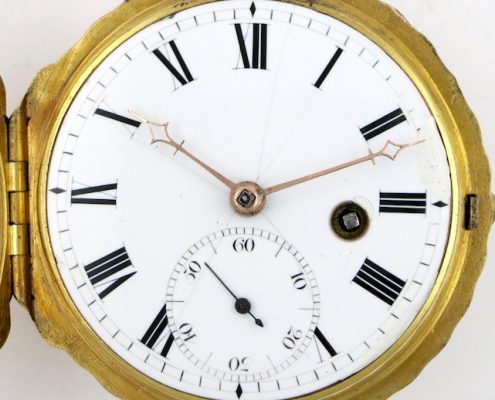 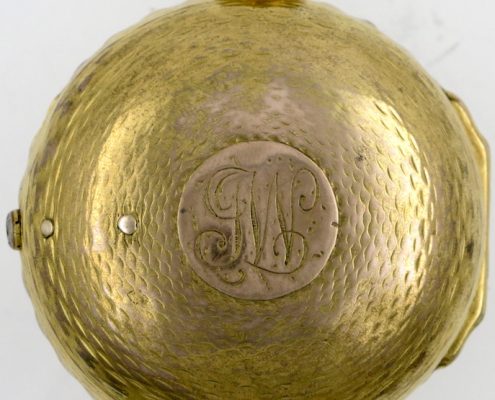 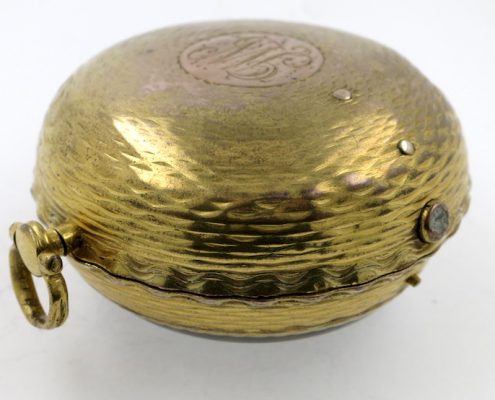 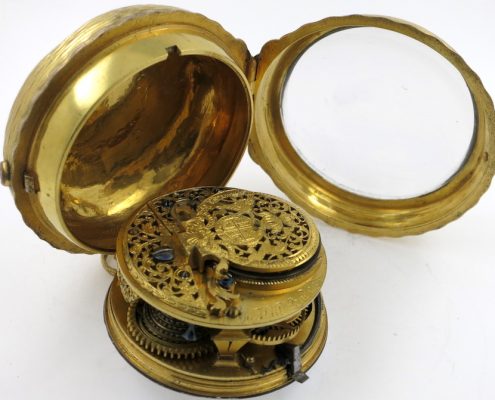 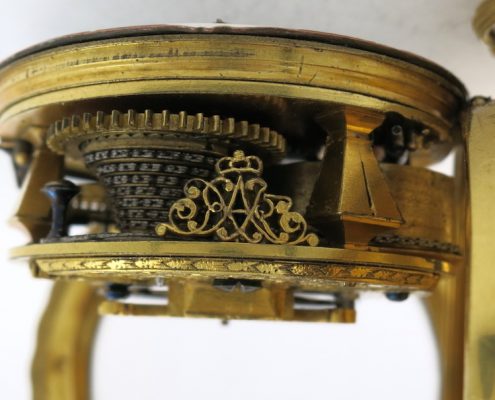 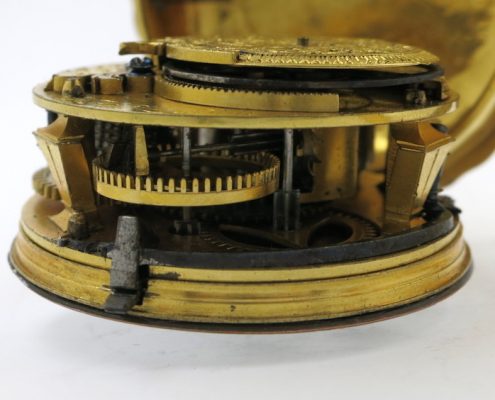 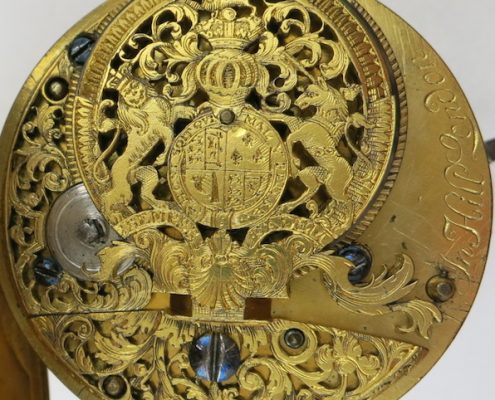 The gilt bracket holding the stopwork is formed as a crowned cypher, I believe also that of Queen Anne.

The movement is in very good original condition and is running well.

DIAL : Later white enamel dial, with subsidiary seconds dial.
In average condition, with four hairlines radiating from the centre, and repairs on the edge between 2 and 5 and at the winding aperture.

INNER CASE : Gilt, with no maker’s mark, and monogram (JW?) in a cartouche on the back.

There is wear to the catch button, and a little to the gilding, but generally in very good condition throughout. The hinge is fine and the bezel snaps shut. The high dome bull’s eye crystal is also in good condition.

The case is a later replacement, late 18th century and probably added at the same time as the dial.

The coat of arms engraved on the balance cock is that of Queen Anne, adopted on the Acts of Union in 1707, and used until the George I inherited the throne in 1714.

A John Hill is listed in King Street, Covent Garden, London from about 1692, and in the Clockmakers Company from 1703 until 1715.