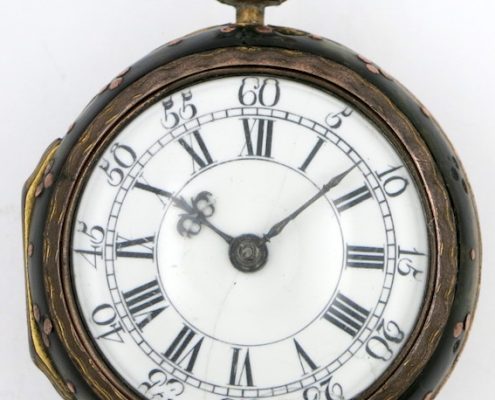 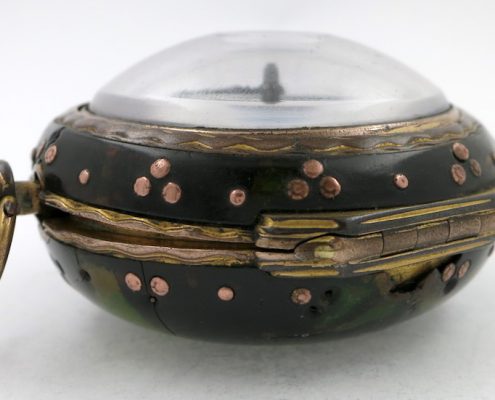 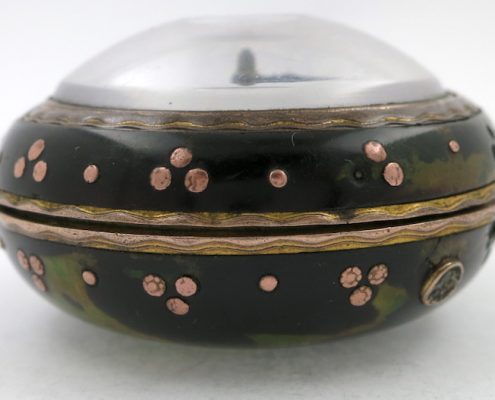 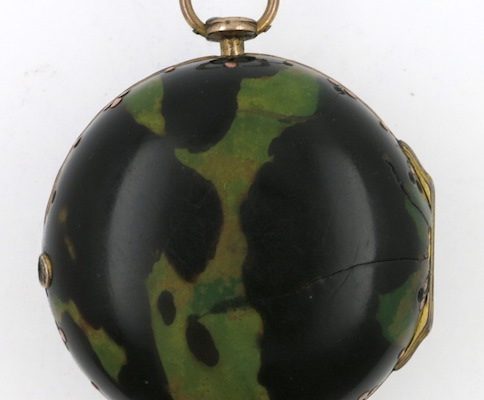 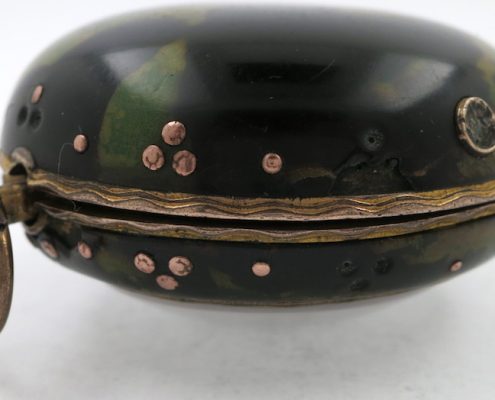 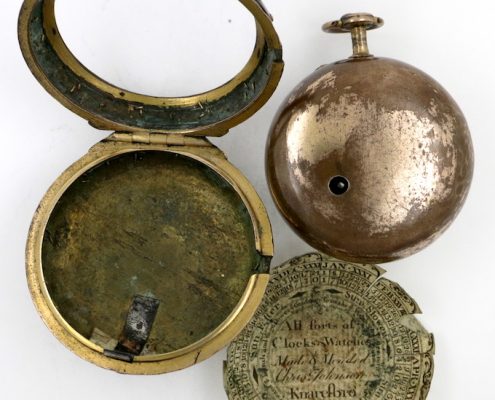 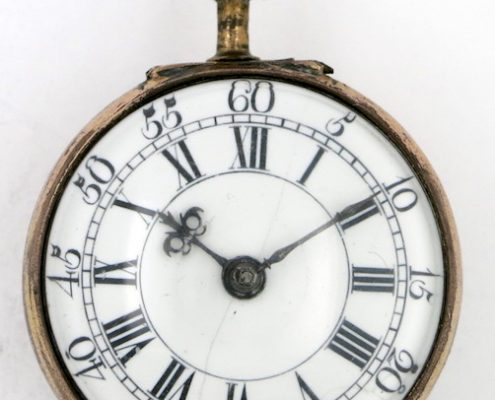 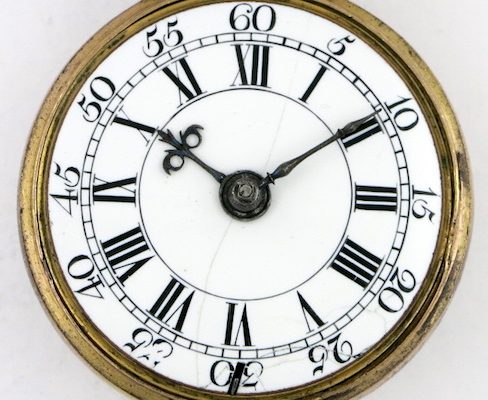 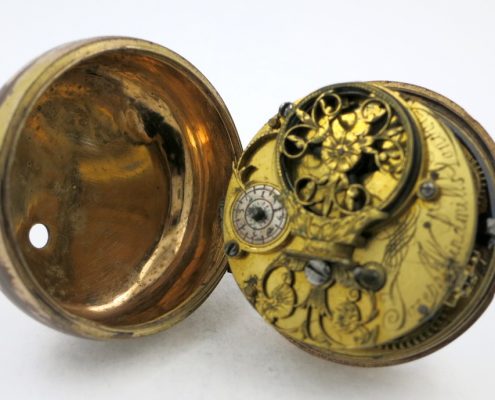 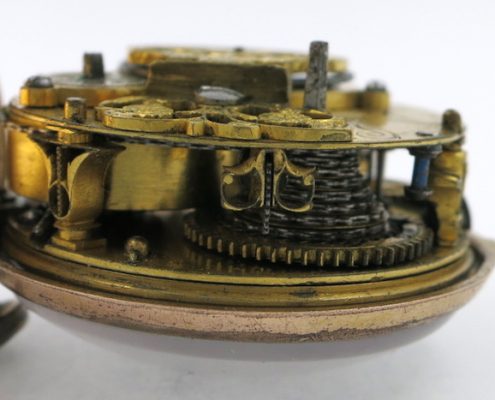 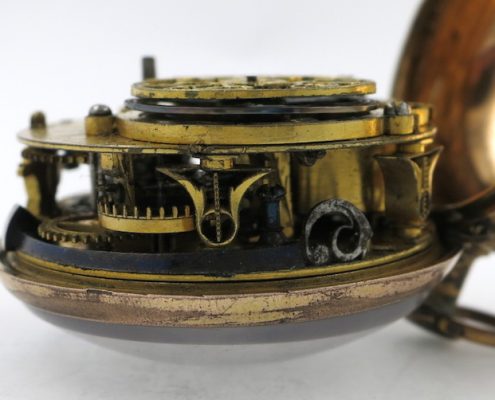 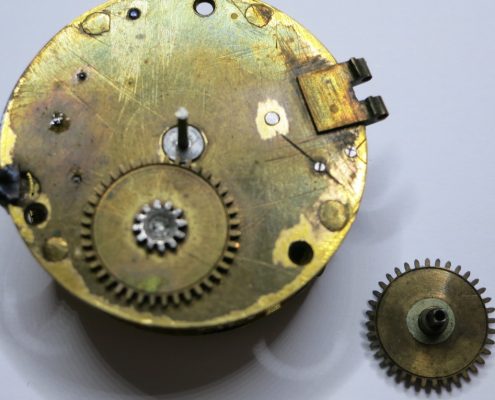 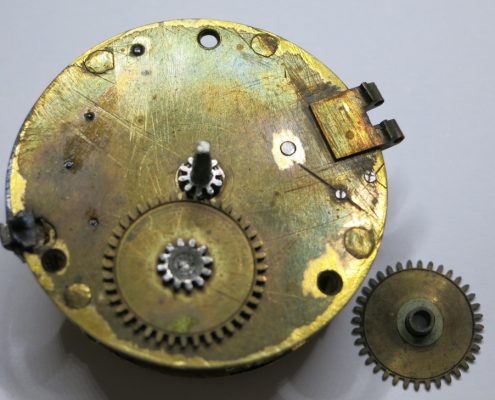 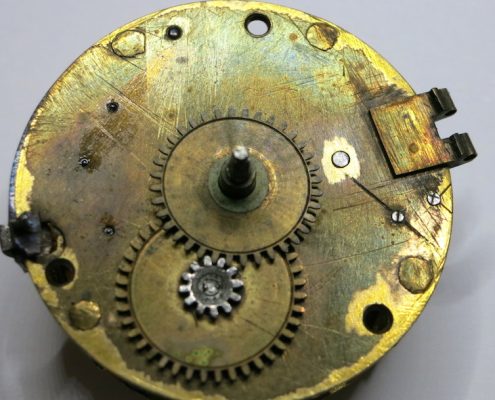 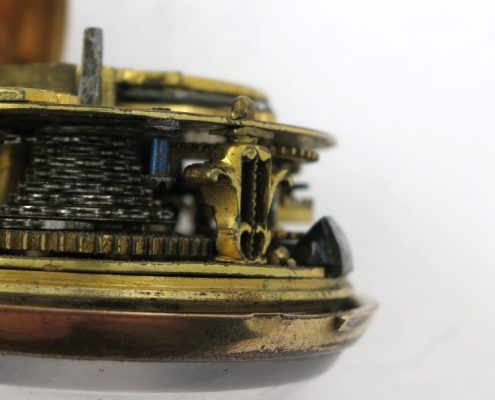 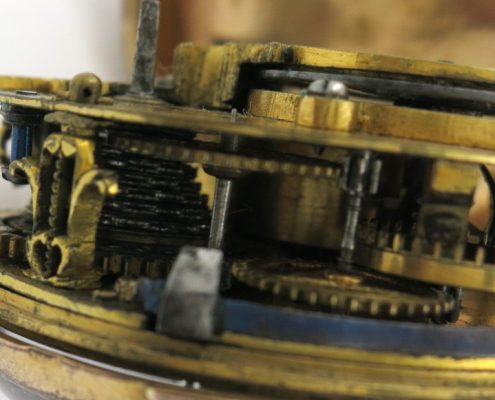 This is a very interesting and early Joseph Windmills verge movement, in good condition, with a later dial and in later pair cases.

The movement has no central wheel, and the hands are driven directly from the fusee arbor (see photos). Similar to single handed watches of this period. The engraving of the balance cock and plate, in addition to the shape of the balance cock foot, indicate an early date for this watch.

The movement is in good condition and is running well.

DIAL : The white enamel dial is mid 18th century, so later than the movement. In reasonable condition, with no repairs, but a hairline from 6 to 1, and some shorter hairlines around 6.

INNER CASE : Gilt brass, with no maker’s mark. Original stem but replacement bow. The cases are later than the movement, probably replaced in the mid 18th century at the same time as the dial.

In reasonable condition, but with much of the gilding worn away. Old solder repair to the top of the stem, and a sleeve from the hinge is missing, so the bezel closes nicely but doesn’t snap shut. The high dome bull’s eye crystal is in good condition.

The green and black shell covering is in good condition, with just one small section missing from the bezel at the neck, and two small sections missing on the edge of the back. Some short cracks to the shell, and one longer one on the back running from the hinge towards the centre.
A few pins missing, but generally the case is in good unrestored condition.
The hinge and catch are fine (catch button dented) and the bezel snaps shut correctly.

Joseph Windmills is listed in the Clockmaker’s Company from 1671 until 1723.