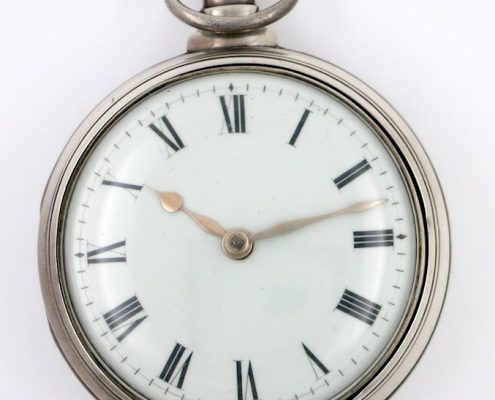 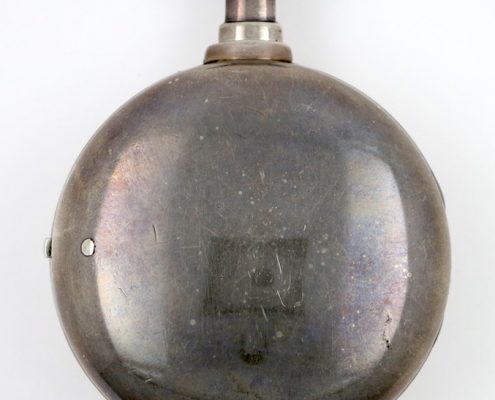 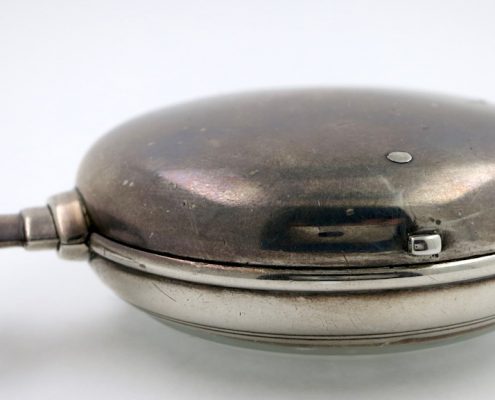 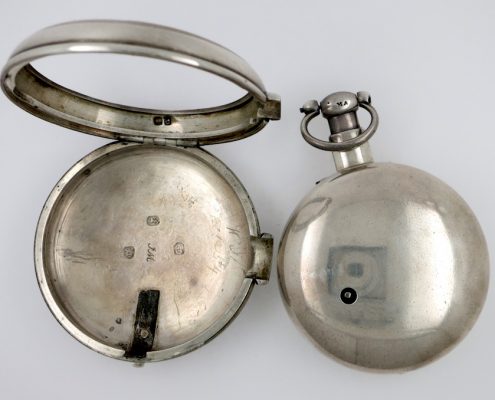 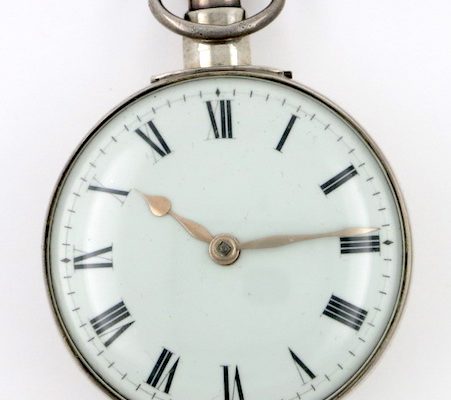 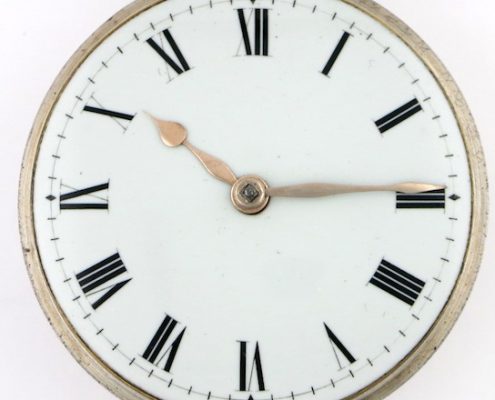 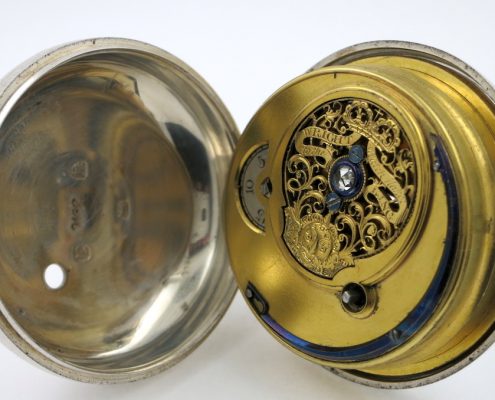 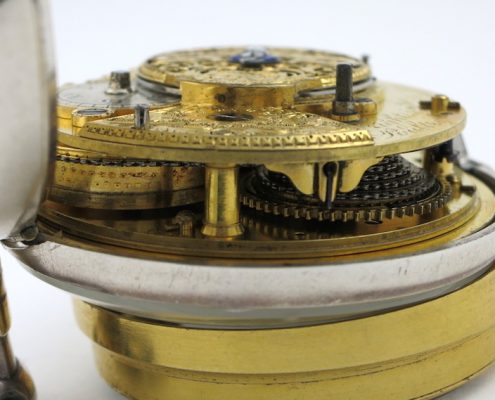 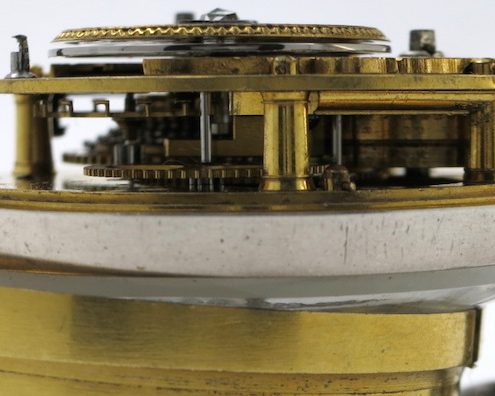 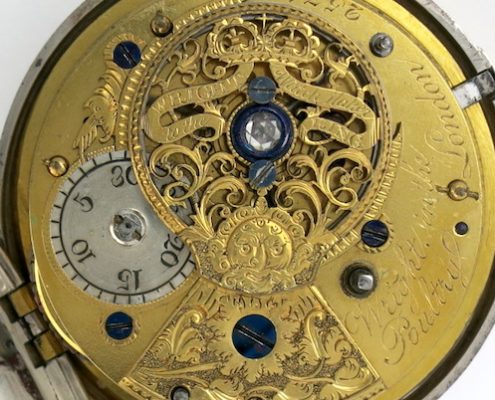 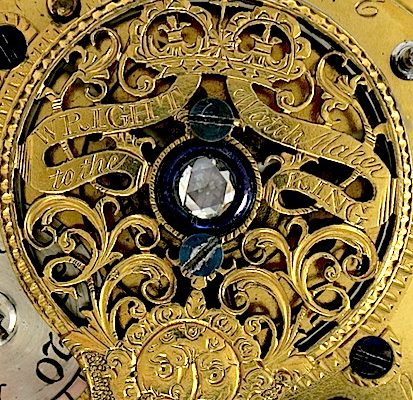 This is a fine cylinder escapement watch in excellent condition, by Thomas Wright, Watchmaker to the King .

MOVEMENT : Gilded cylinder escapement, with finely engraved and pierced balance cock, with diamond endstone. Four round pillars and blued screws.
Signed (Wright in the Poultry, London) and numbered (2574). Very unusually the balance cock is also signed (WRIGHT Watchmaker to the KING), engraved on a banner under a crown and above a mask.

The movement is protected by a removable gilt dustcap, which is cut out to reveal the signed balance cock.

The movement is in excellent original condition with no scratches or marks. It is running well.

DIAL : The fine white enamel dial is in perfect condition.

In very good condition, with just some light scratches around the band. The hinge is fine and the bezel snaps shut nicely. The crystal is also in good condition.

In excellent condition throughout.

Thomas Wright, a quaker of The Poultry London, is listed in the Clockmakers Company in 1770 and died in 1792.
A very fine maker, he was Watchmaker to the King (George II). He is known for being associated with Thomas Earnshaw, and he put up the money so that Earnshaw’s spring-detent escapement could be patented.
Wright produced some very fine verge, cylinder and dead-beat verge watches. He was also a clock and scientific instrument maker and patented a bimetallic strip for varying the length of a pendulum in 1783.

The case maker’s mark is probably for John Moorcock whose mark has been found on watch cases dated between 1762 and 1772, and who was recorded at Ropemaker’s Alley, Moorfields, which is close to The Poultry in the City of London.