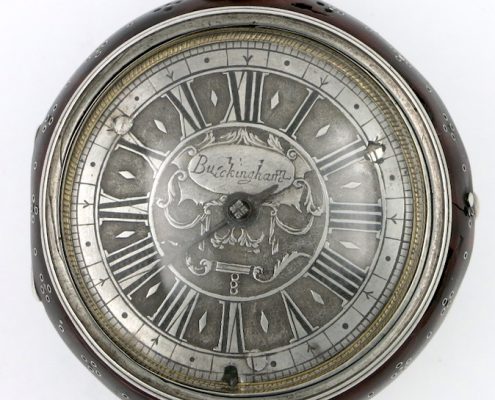 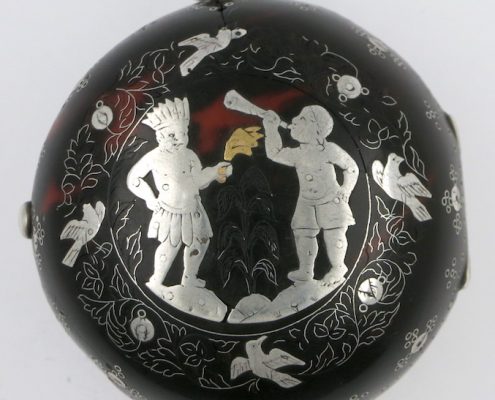 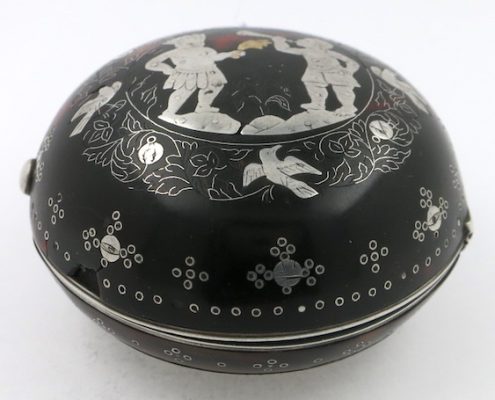 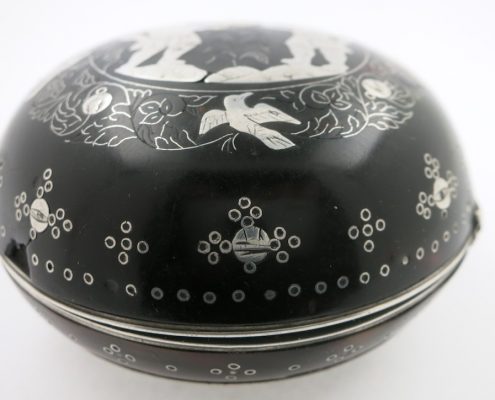 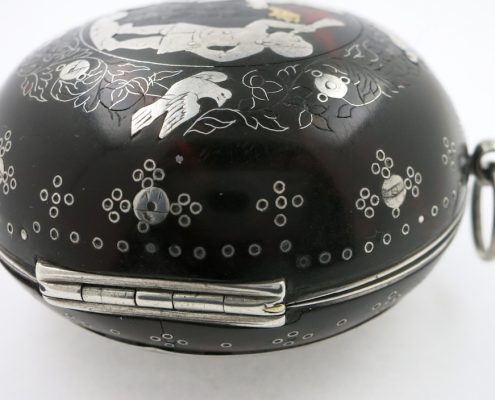 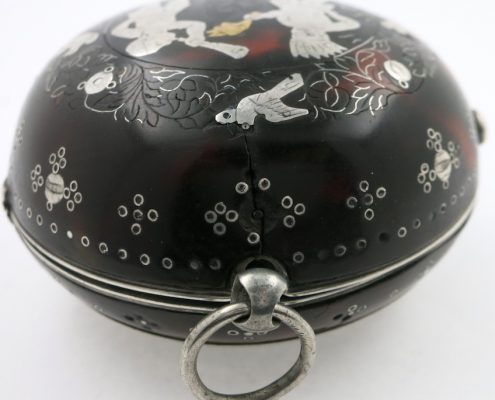 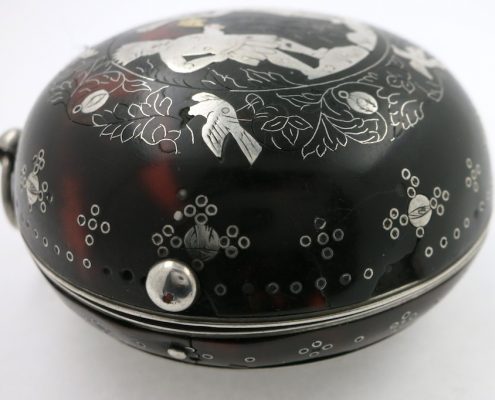 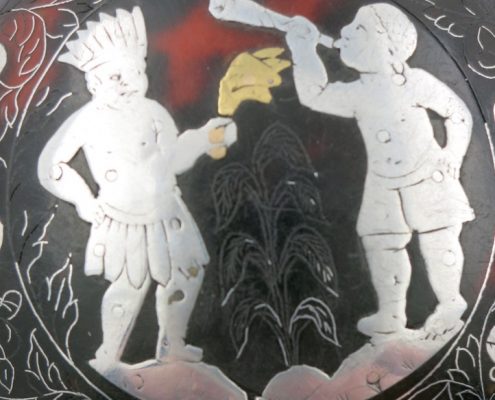 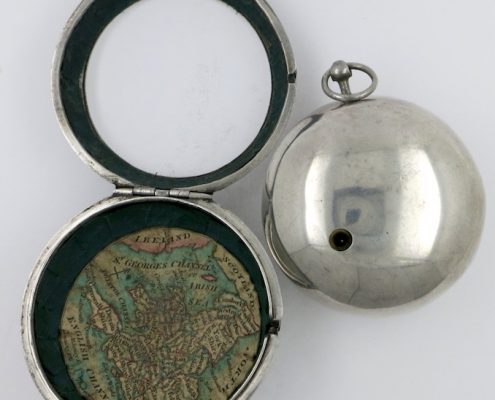 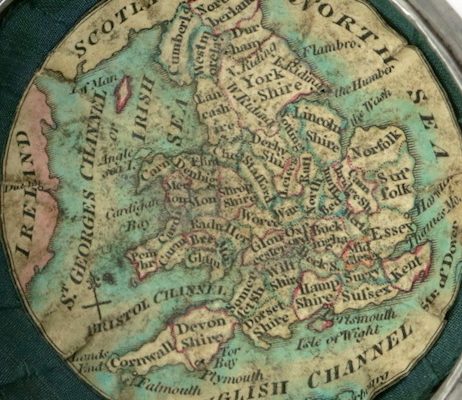 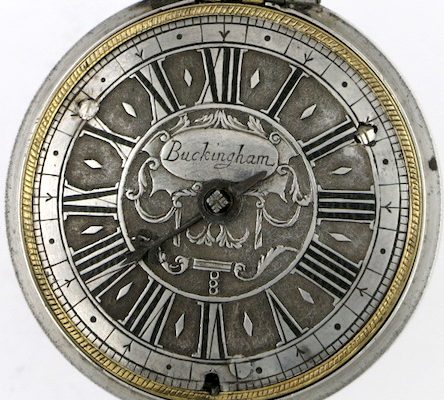 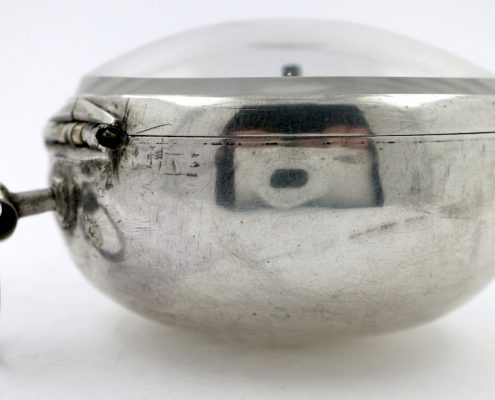 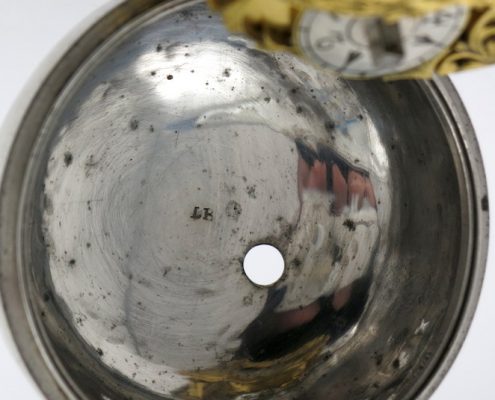 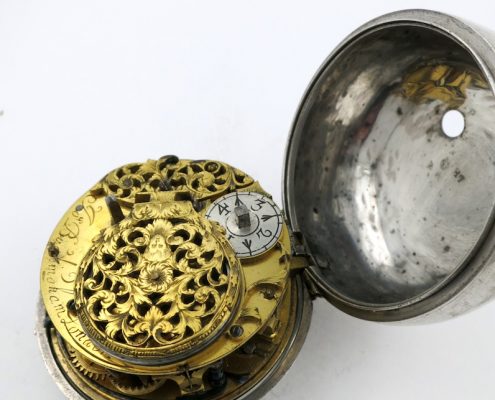 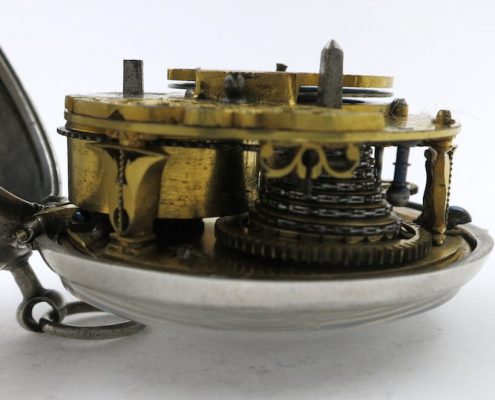 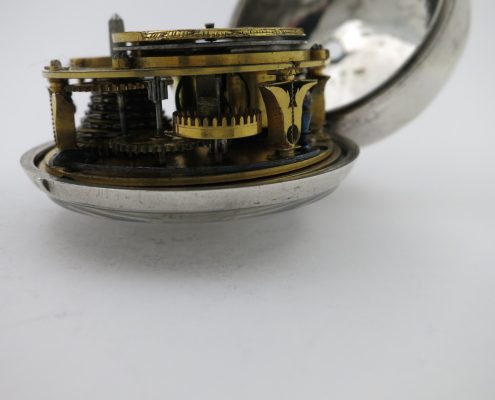 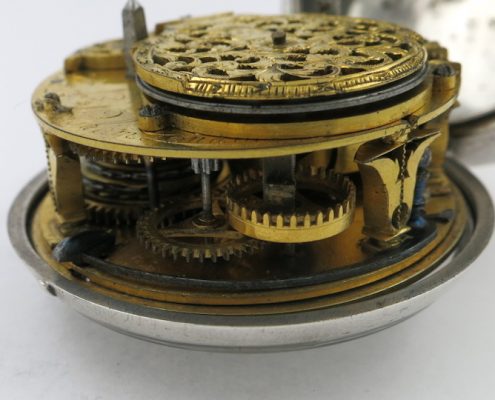 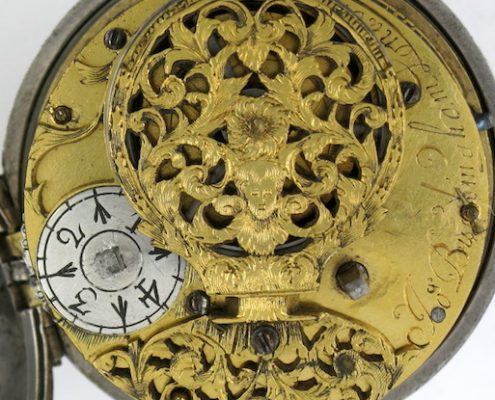 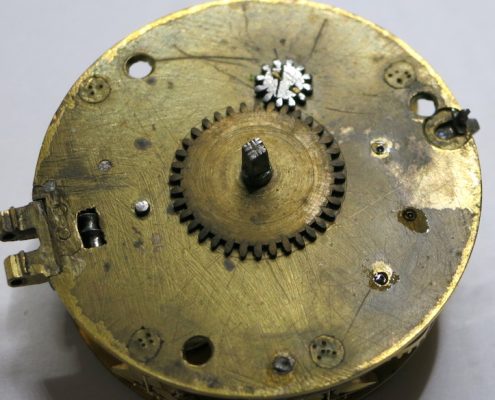 An early London verge, with single handed movement, in a wonderful tortoiseshell case, inlaid with silver and gold.

MOVEMENT : Gilt verge movement, with a large and beautifully engraved and pierced balance cock, showing foliage above a mask. The shape of the foot is typical of the period. Large silver regulator disk and four tulip pillars (almost identical to those used by Thomas Tompion during this period).

In good condition and running well.

In good condition with three small rough areas around the outer chapter, showing where the dial feet are attached (these dial feet are pinned directly to the movement top plate rather then to a dial false plate as with later watches).

The stem and bow appear to be original. There is a little compression around the band, and some wear to the hinge, but in generally good order. The high dome bull’s eye crystal is fine.

OUTER CASE : Silver with tortoiseshell covering. The shell is inlaid with patterns of pins, birds and two figures (native Americans ?), one of whom is holding a flame torch, inlaid with gold.

The shell is in very good original condition, with no restoration. On the back there is a short crack running down from the bezel, and a chip on the edge at 8. On the bezel there are a few small chips and one crack at the catch.

The hinge, catch and catch button (small dent) are fine and the bezel snaps shut correctly.

Inside the outer case there is a very nice, hand coloured, map of England, showing all of the counties (probably late 18thc.).

Joseph Buckingham is listed in London at “The Blackmoor’s Head and Dial, Minories, London” from about 1685 until about 1720.

The case maker is probably Luke Bird, who was apprenticed to James Delander in 1675. His mark is found on silver plate, dated 1682.