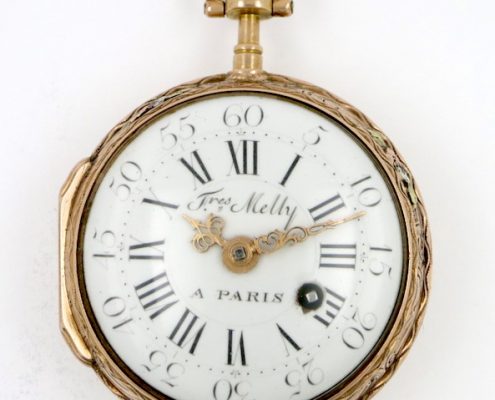 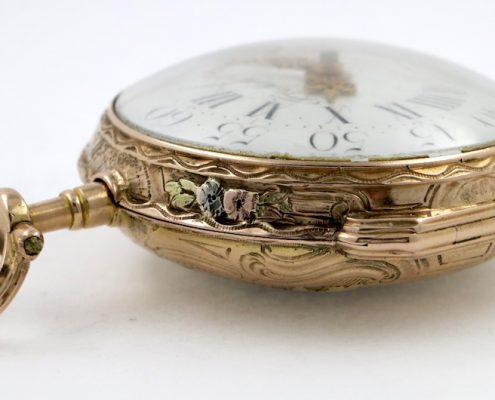 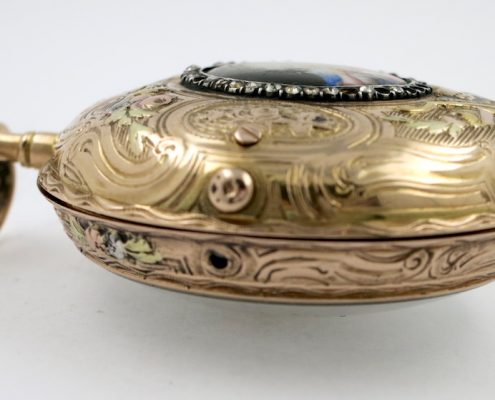 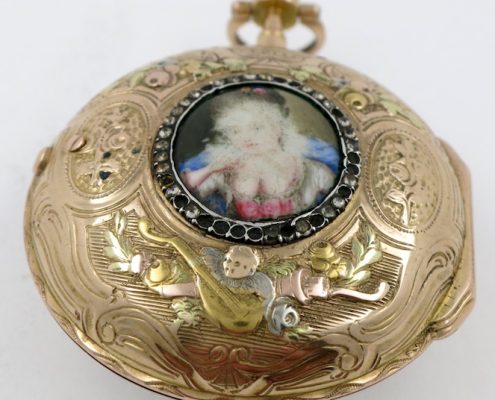 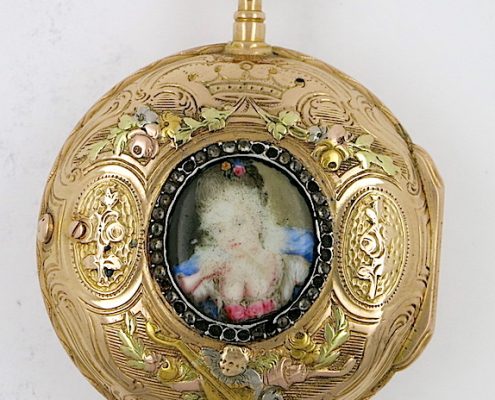 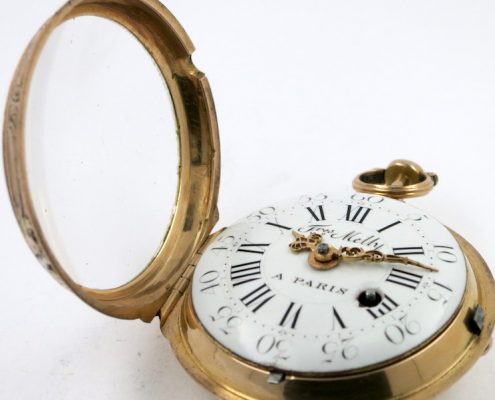 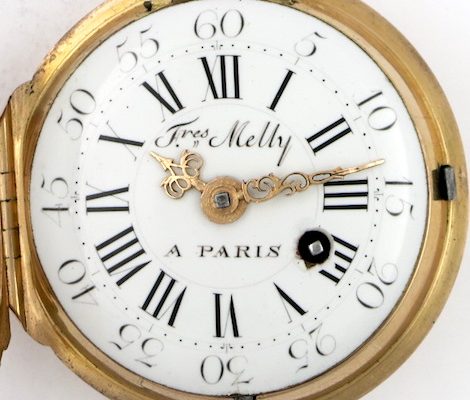 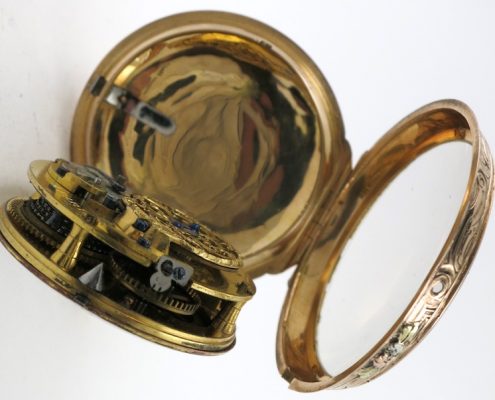 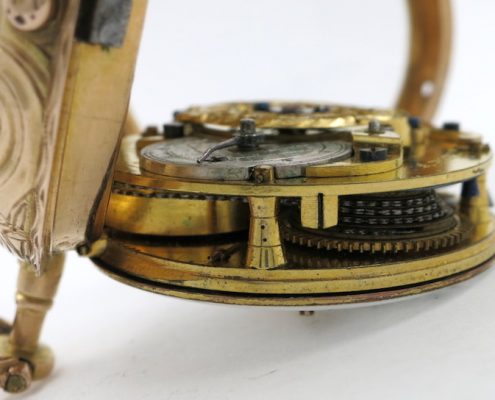 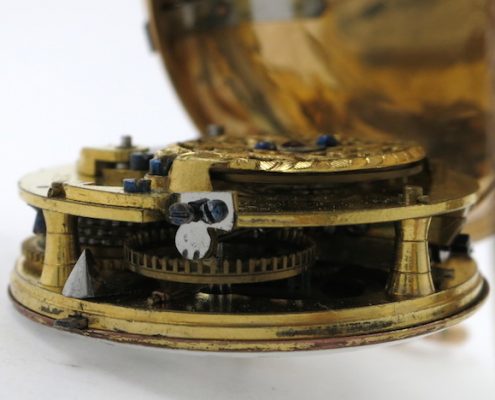 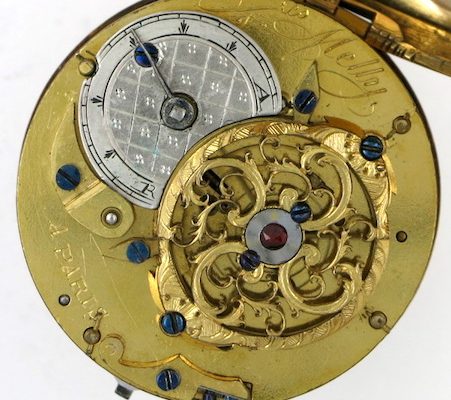 All in very good condition and running well.

DIAL : Original white enamel dial, signed as the movement, In reasonable condition but with damage around the winding aperture and on the edge at 6.

CASE : A tri coloured solid gold case in very good condition. Rose and yellow gold with crystal border to the enamel plaque on the back.

The hinge is fine and the bezel snaps shut nicely, though the tiny stud (thumb piece) on the bezel is missing. The plaque on the back is worn, losing the definition of the portrait, and the border is missing a few tiny crystals. Good high dome crystal.

PROVENANCE : From the Landrock collection of clocks and watches.
Horst Landrock was a German watchmaker and collector. During the mid 20th century he brought together an extensive collection of old timepieces of all kinds, which was one of the most important private collections in Germany.