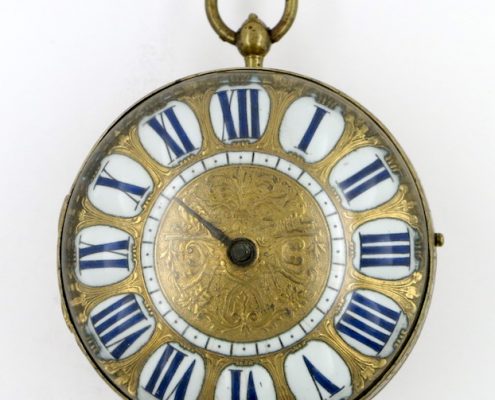 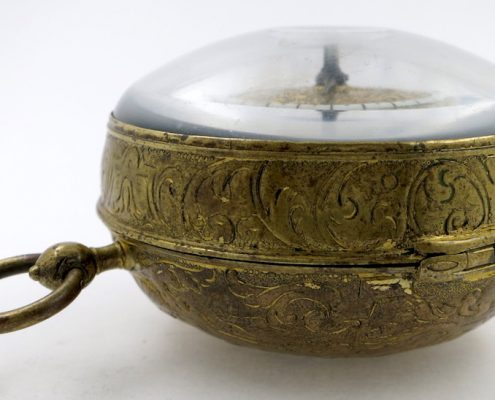 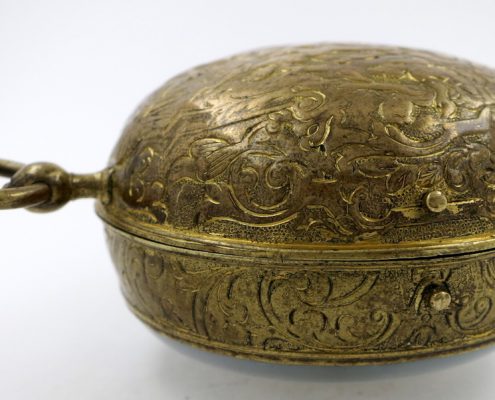 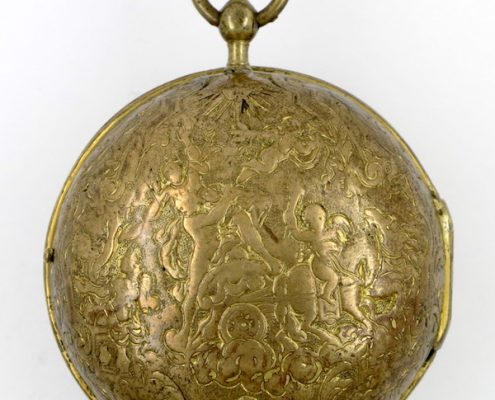 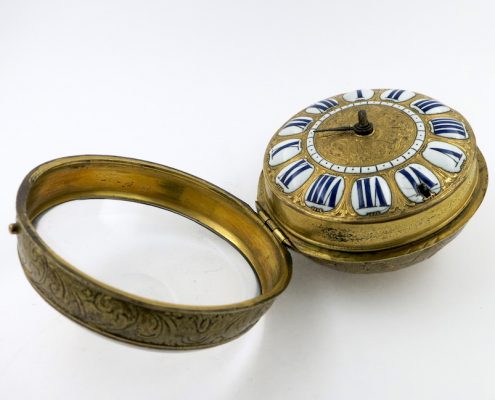 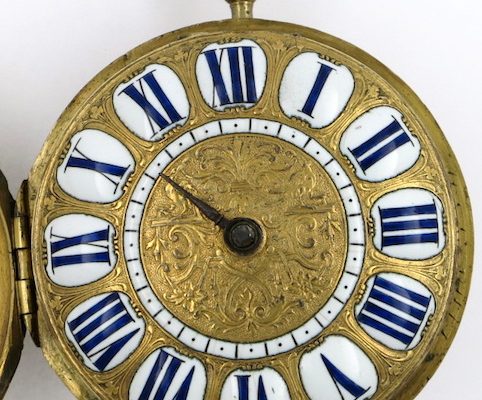 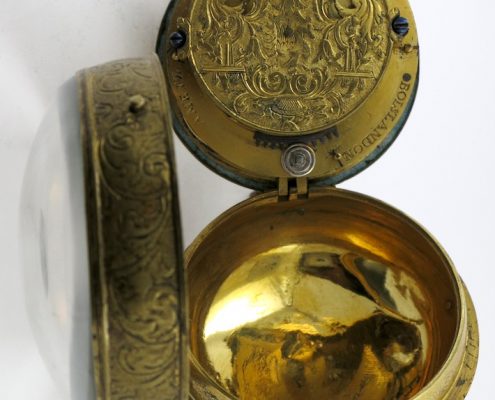 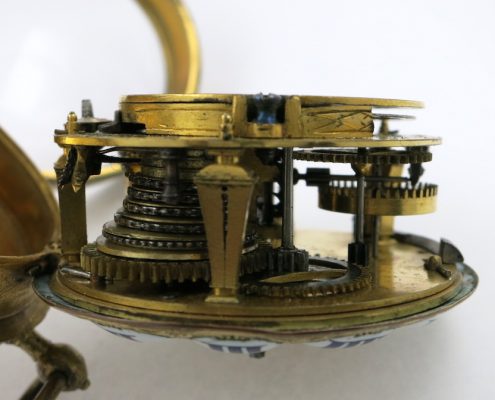 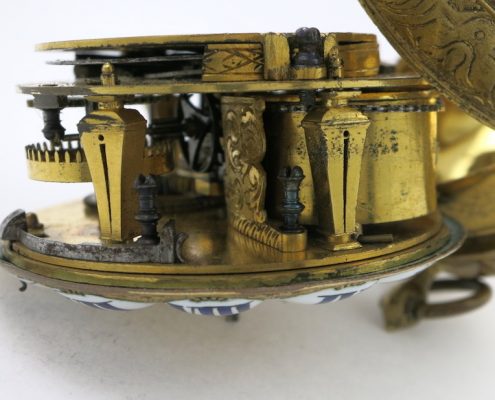 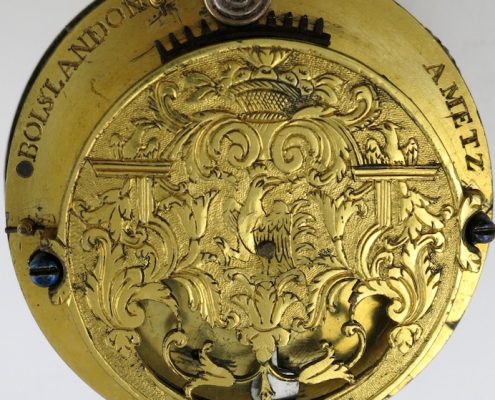 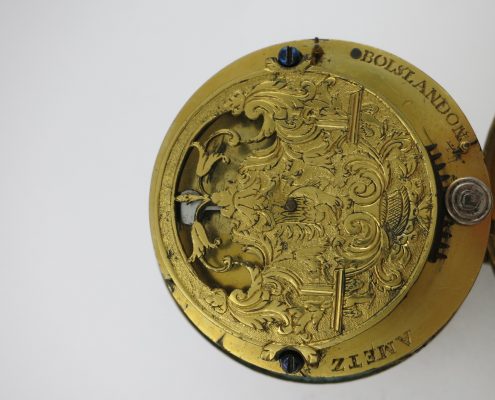 The movement is wound anticlockwise through the dial. The hand is driven directly from the fusee wheel of the movement train (no central wheel as with a two handed watch). The single hand is set from the central square in the dial.

DIAL : Fine gilt dial with blue and white cartouche chapter.
In very good condition, with some hairlines to 6, and a scratch to 2

CASE : A brass gilt case, with repousse work to the back and bezel. This shows foliage, scrolls and figures on a horse drawn carriage. A little wear to the back, and to the gilding, but in nice condition.

The stem and bow are original, and the hinges are fine. The bezel shuts correctly and the high dome bull’e eye crystal is fine

A maker of this name is listed in Metzs in the early 17th century, though this watch is from later in the century.

PROVENANCE : From the Landrock collection of clocks and watches.
Horst Landrock was a German watchmaker and collector. During the mid 20th century he brought together an extensive collection of old timepieces of all kinds, which was one of the most important private collections in Germany.