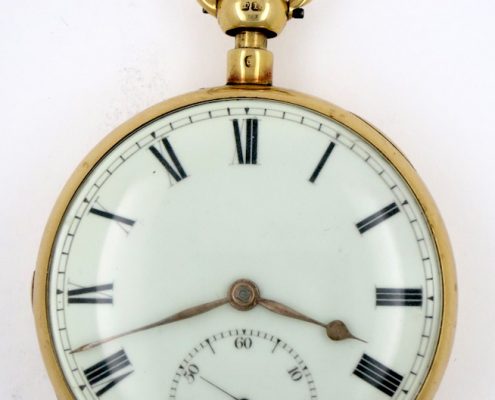 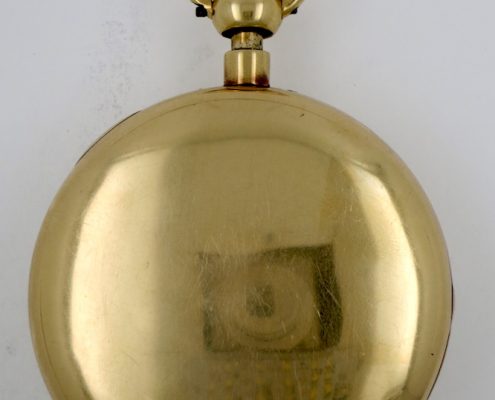 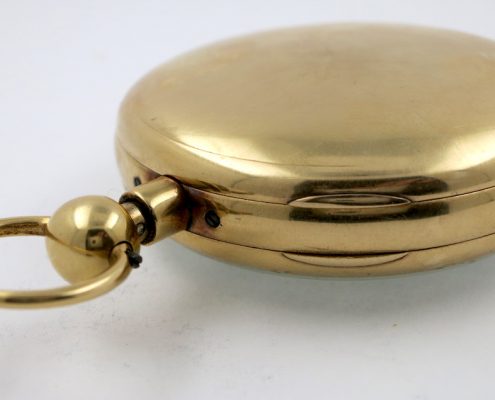 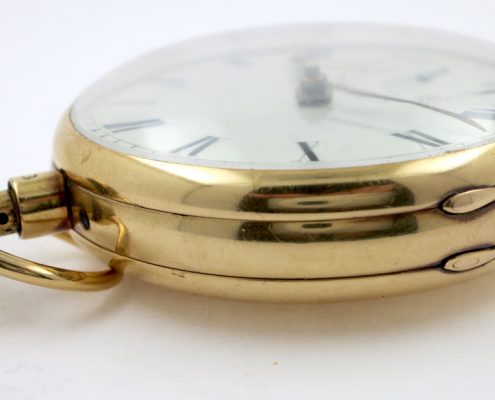 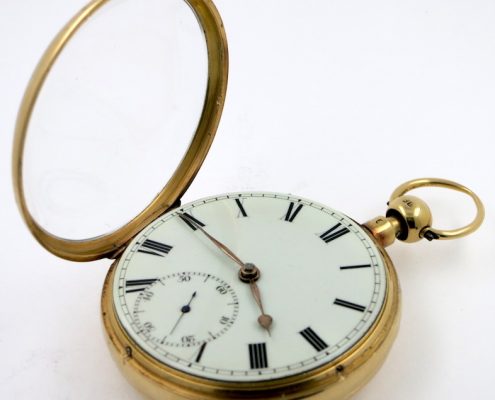 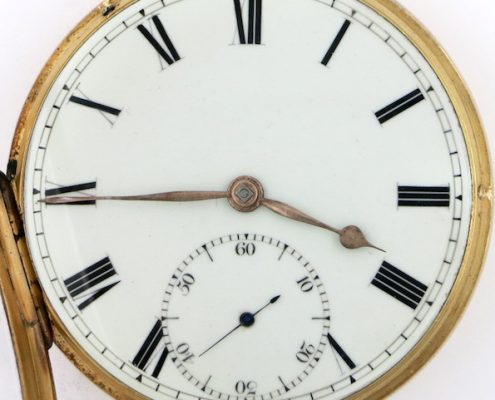 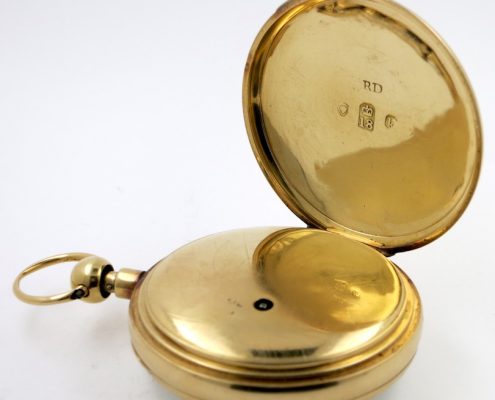 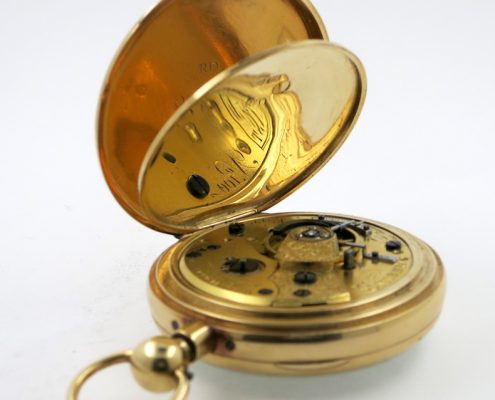 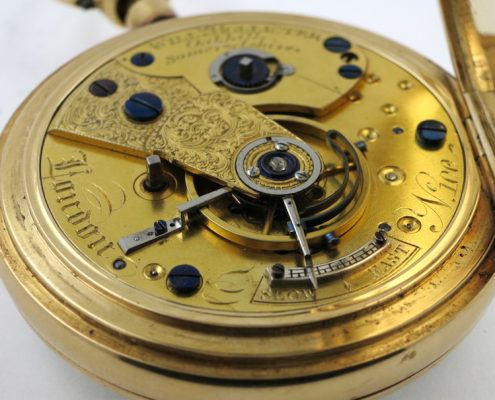 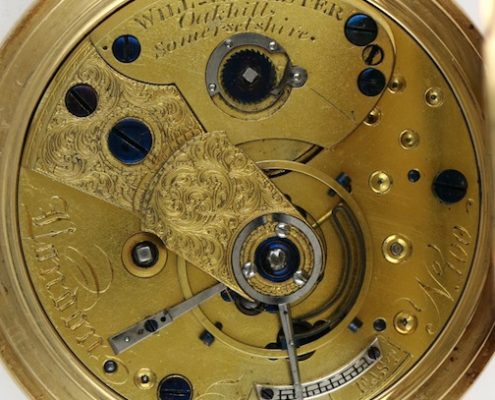 A fine London gold quarter repeater, with a duplex movement.

MOVEMENT : A good quality quarter repeating movement, with duplex escapement. Numbered 100, and marked London, but signed with the original owner’s name instead of the maker :
‘WILLM. HOLLISTER, Oakhill, Somersetshire’.

Engraved balance cock, with diamond endstone, blued screws and some more high quality and unusual features.
The top plate is secured by 4 large blued screws rather than the usual brass pins. The regulator scale is formed by a silver plate and the balance regulator itself is mounted on a bi metallic temperature compensation curb.
The heavy oversprung balance wheel has 4 blued steel compensation screws and the mainspring set up is mounted on the top plate.

A few scratches to the gilding, but otherwise in fine condition, and running well and repeating correctly.

DIAL : A fine white enamel dial, with subsidiary seconds.
In excellent condition, with just a couple of light scratches (one within the seconds dial). May have been restored or at least refinished.

Some fine scratches, especially around the winding aperture of the inner cover, but generally fine, with no repairs or dents. Some wear to the bow. The crystal is fine.

The original owner of this watch was probably the William Hollister recorded in Oakhill, Somerset in 1830. He was a brewer by trade.

The case maker is probably Robert Dalton who is recorded at City Road, London in 1820.