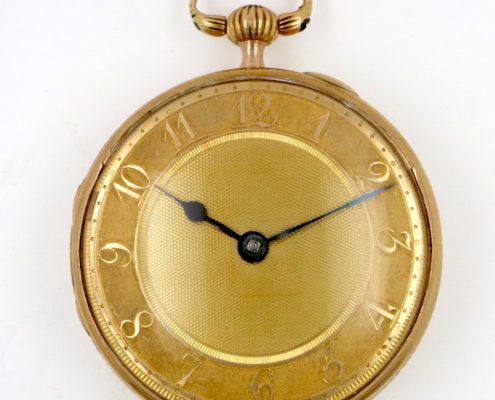 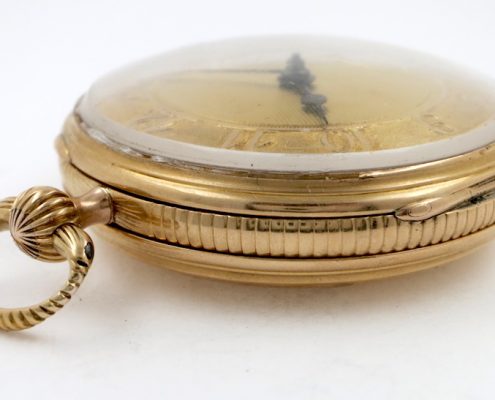 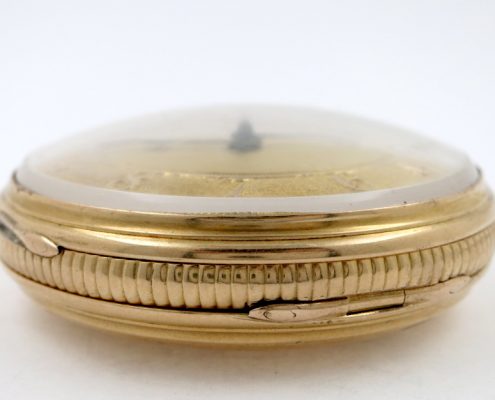 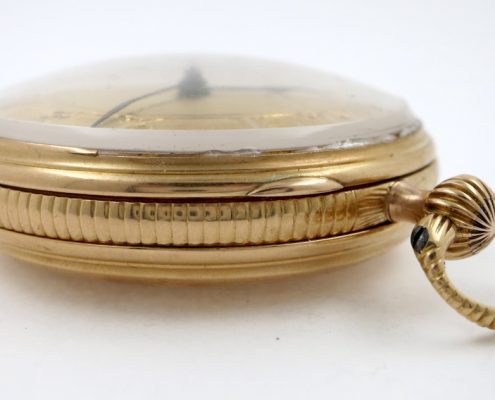 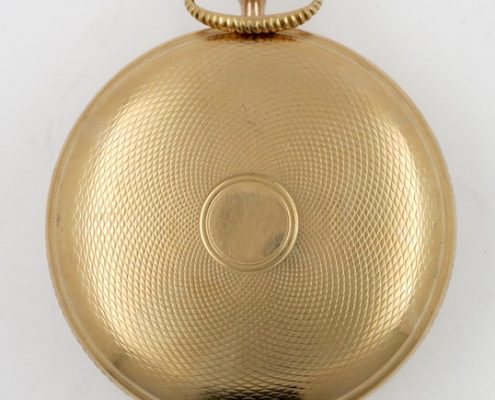 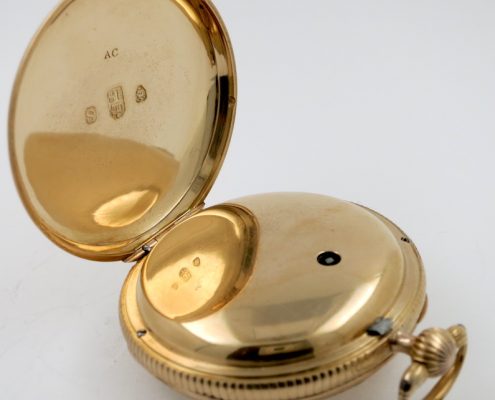 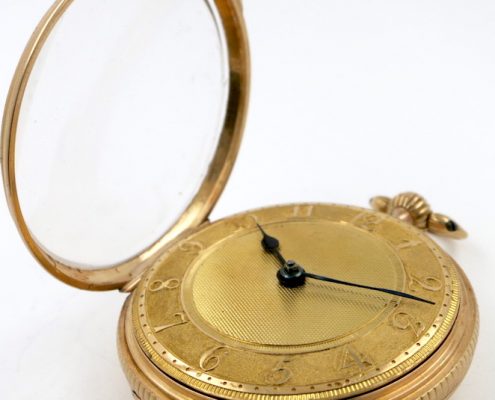 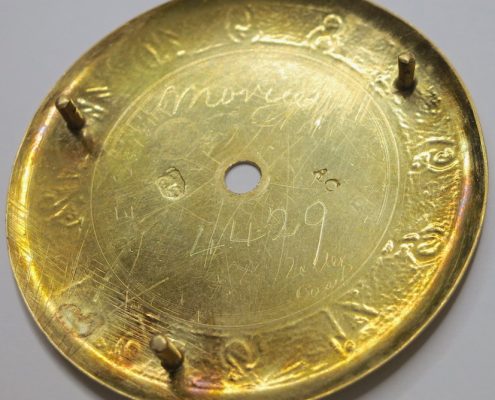 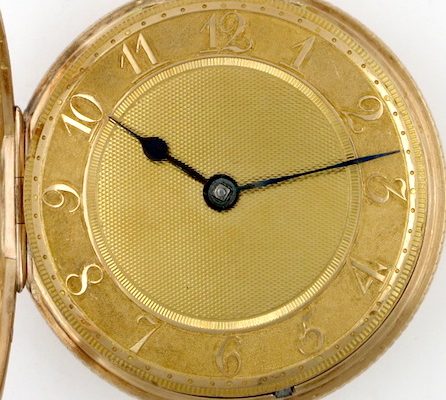 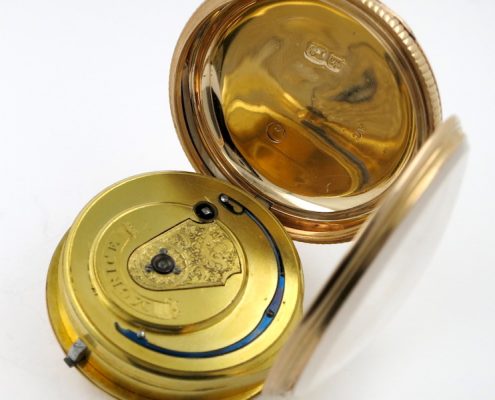 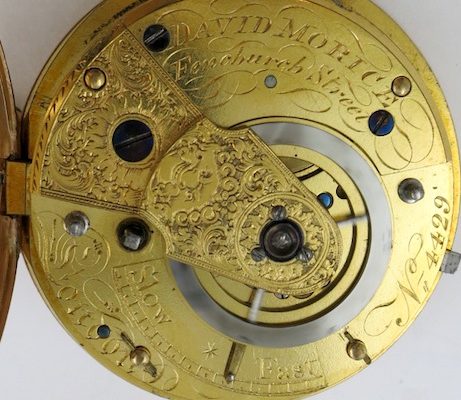 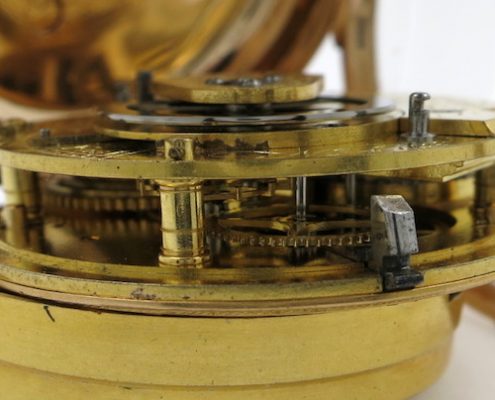 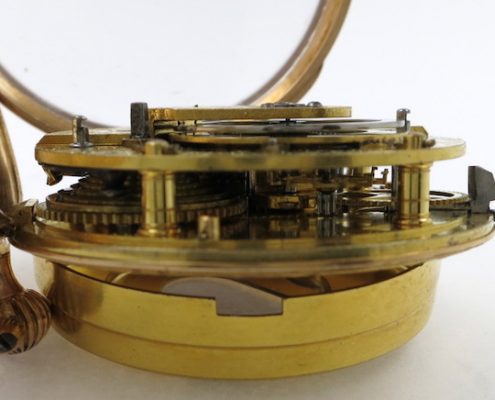 DIAL : Gold dial with engine turned centre. The back of the dial is hallmarked for 18ct gold, and also scratch marked with the movement maker and serial number.
Good condition though with a few light scratches to the matt surface. Blued steel hands.

CASE : Hallmarks for 18ct gold, London, 1813, maker AC. Engine turned to the back with central (empty) cartouche. Ribbing to the band, bow and stem.
The back is sprung, and released by depressing the button on the stem.
The case is in good condition, except for the lip of the bezel, a thin section of which has broken away (between about 11 and 2). The decoration is still crisp.
The high dome crystal is fine and is still held firmly by the bezel despite the damage to the bezel.

PROVENANCE : From the collection of the late William Hughes (1922-2017), Bowral, Australia.
Philanthropist and entrepreneur, William Hughes frequently travelled to Europe and the United States of America. Fascinated by their design and movement, Hughes became a collector of pocket watches later in his life, often collecting pieces during his extensive travels.