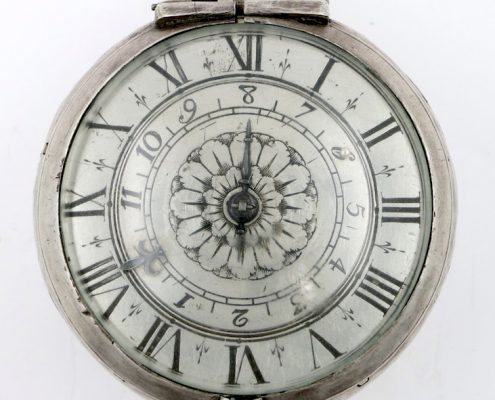 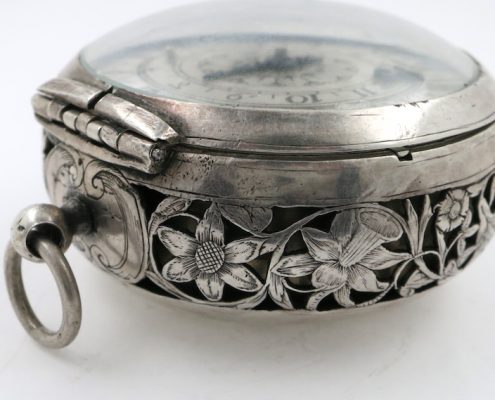 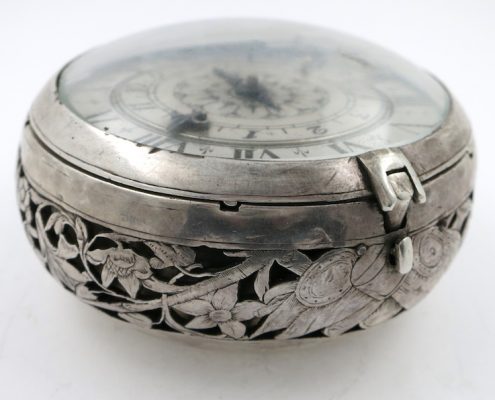 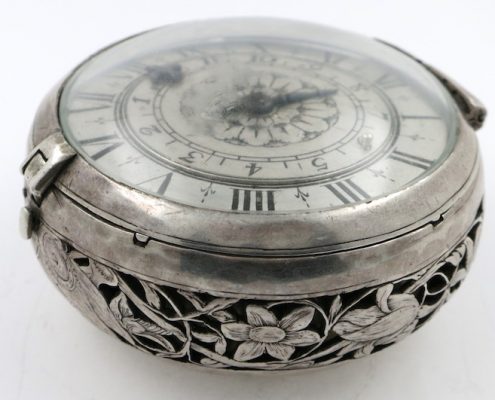 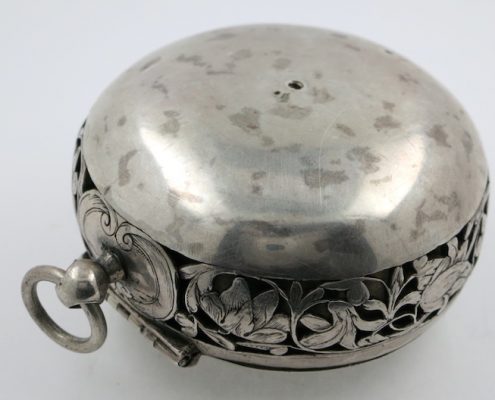 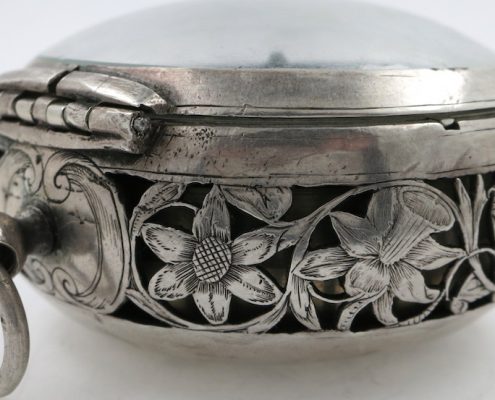 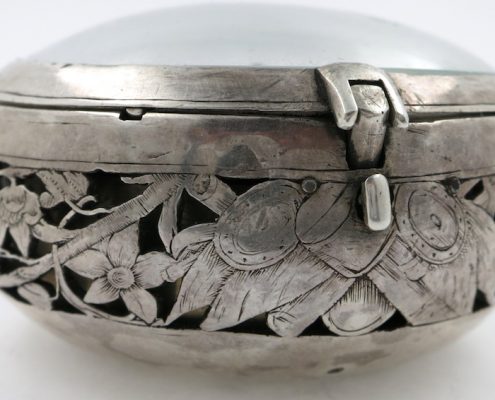 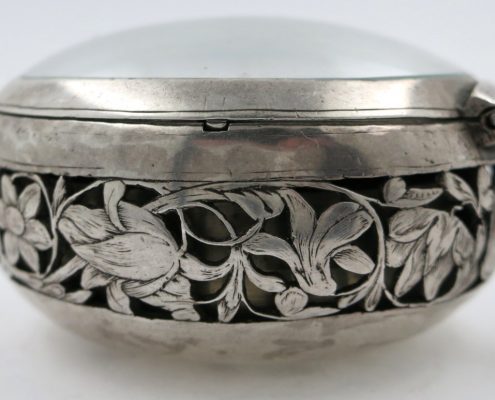 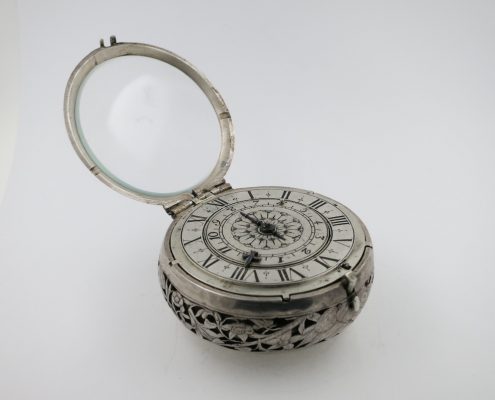 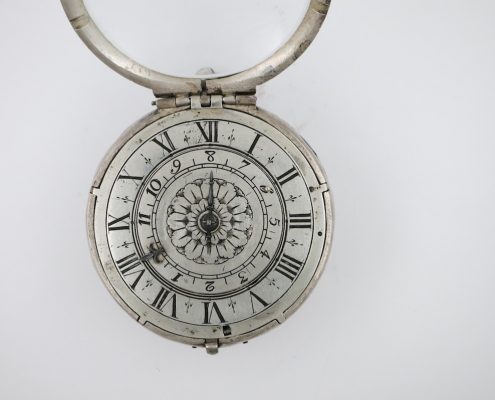 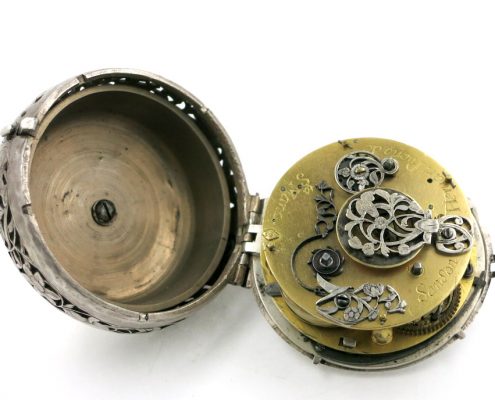 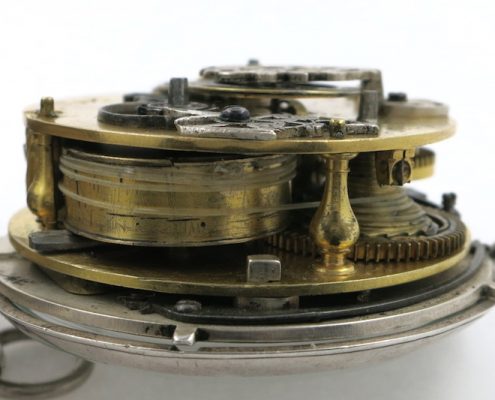 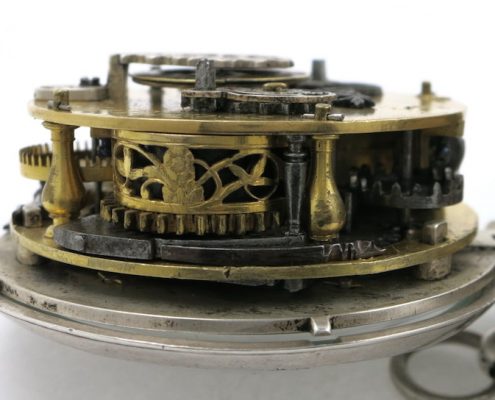 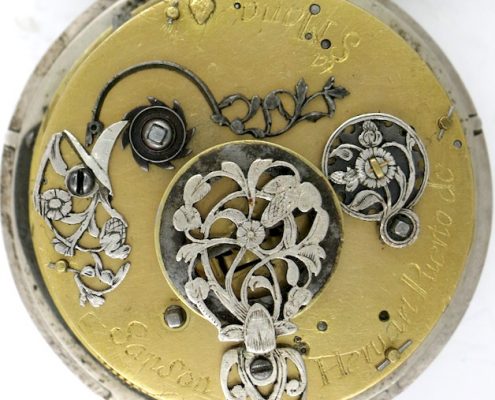 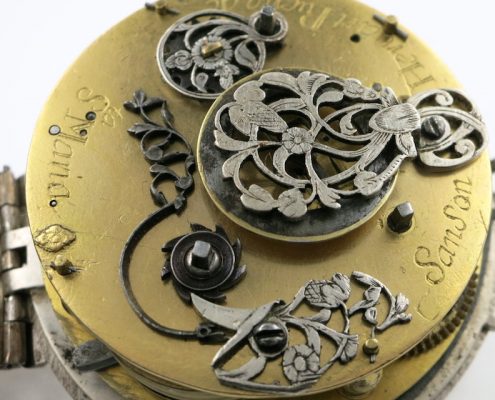 The mainspring set up is by a steel square and ratchet on the top plate. Both the movement and alarm are also wound from the top plate.

The time is indicated by the single small steel marker, fixed to the edge of the alarm disc.  The time is set by using the small silver stud opposite this marker to turn the disc clockwise.

The alarm is set by moving the central hand (again clockwise) to point at the desired alarm time on the central disc.

When the alarm is triggered, a double steel hammer strikes the bell until the alarm hand is moved (clockwise) or the alarm spring runs down.
The watch automatically strikes a single chime as each hour passes.

All in good condition. Watch movement, alarm and clockwatch strike are all functioning.

A few scratches to the silver (mainly at 12), but in generally good condition.

CASE : Silver case, with alarm bell. No maker’s marks. Plain on the back and beautifully engraved and pierced around the band, with a foliage decoration. Original stem and silver bow.

In good condition, with some scratches and light bruises but no repairs. The hinge and the catch are fine and the bezel closes correctly, with just a small gap. There are some scratches to the high dome crystal.

This watch was made around 1640, in Puerto de Santa Maria, which is just north of Cadiz in south west Spain. Spanish watches of this period are rare, and the style of this watch is typically English or French, so Sanson Heruart may have had connections to northern European watchmakers.