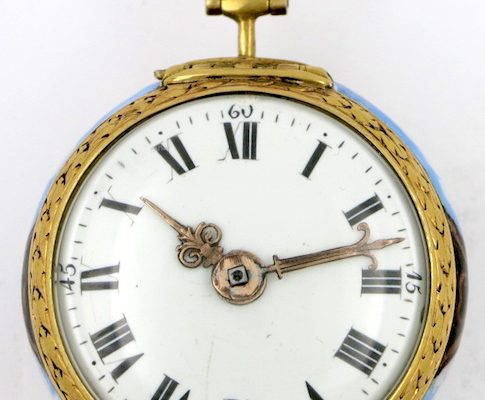 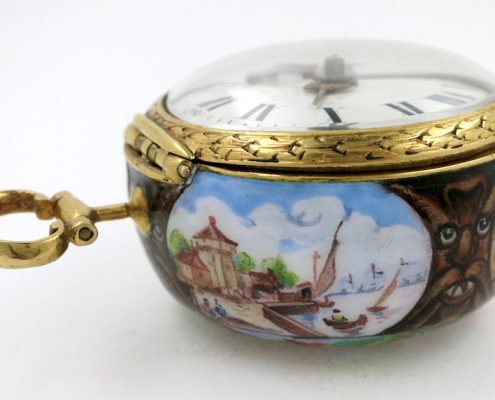 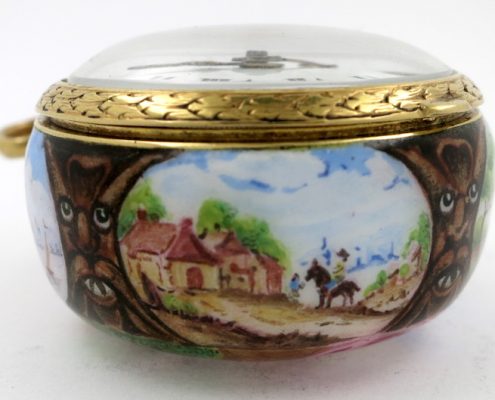 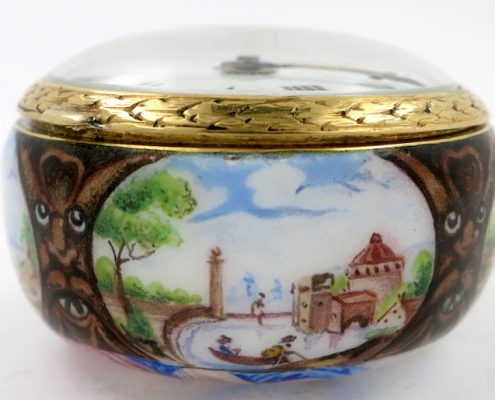 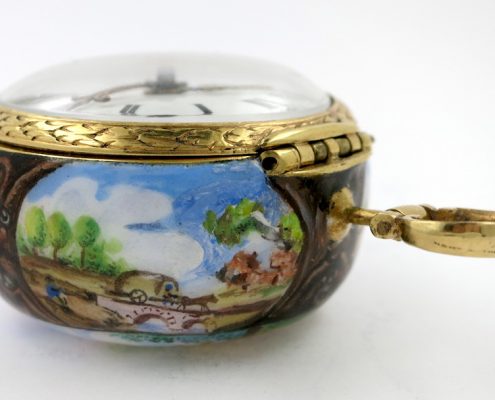 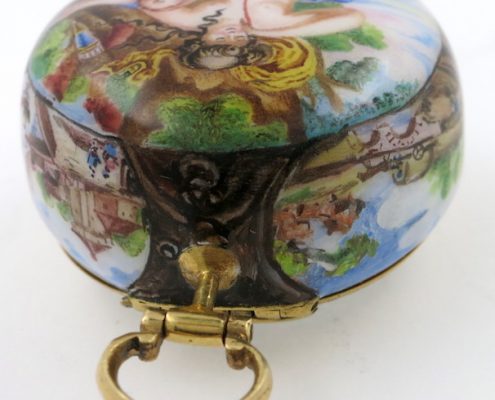 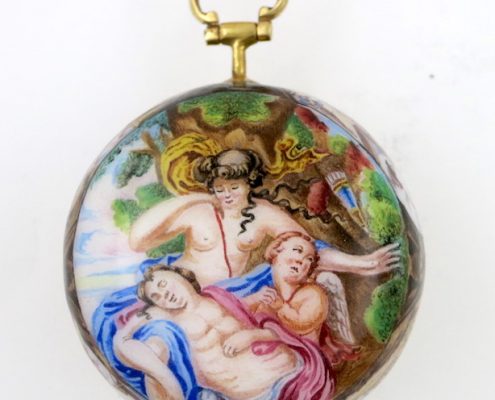 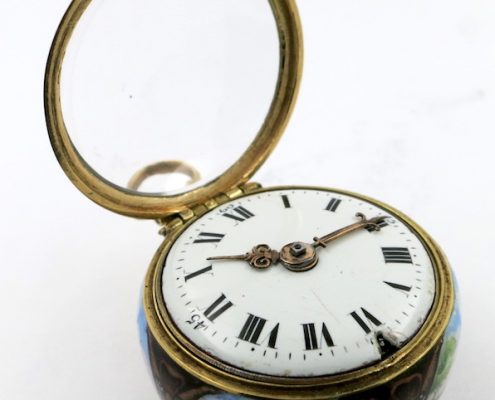 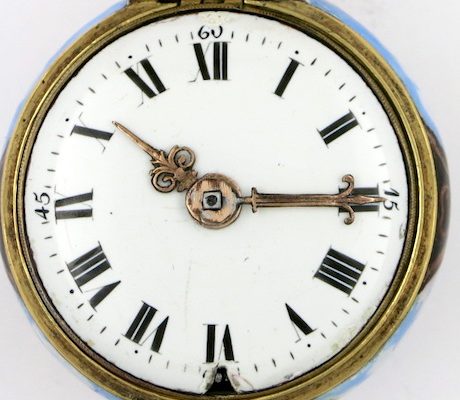 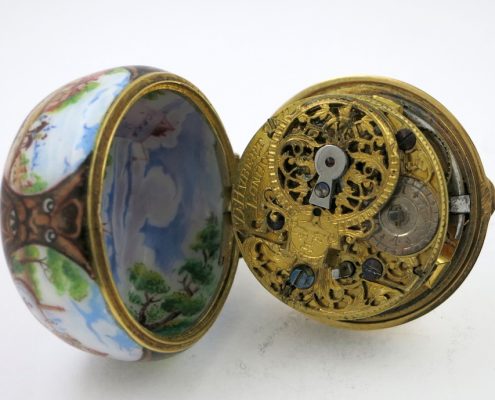 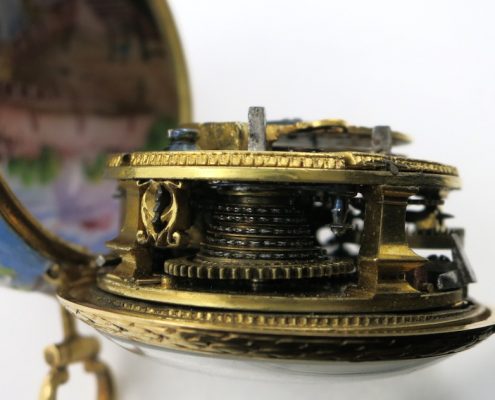 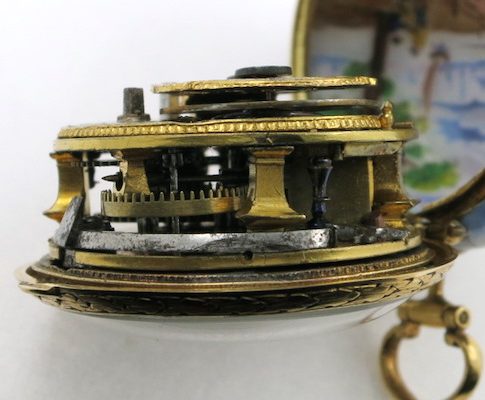 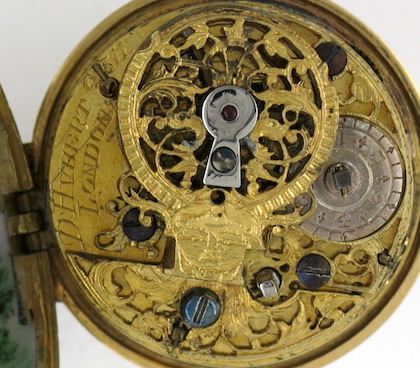 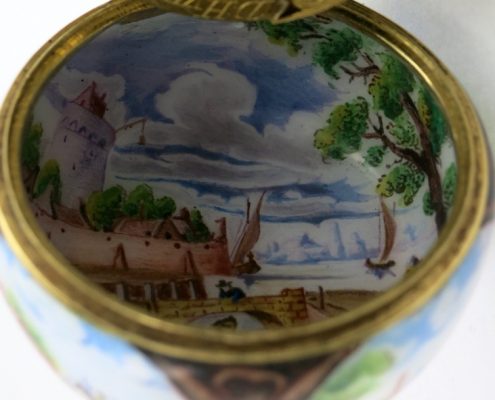 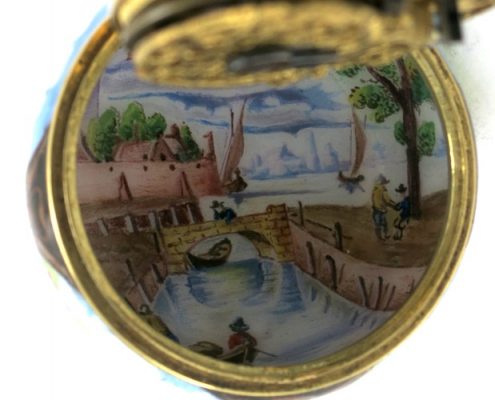 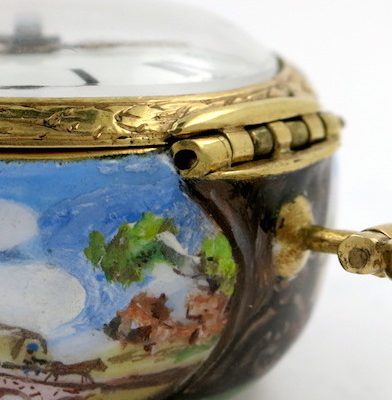 In good condition and running.

DIAL : Later enamel dial.
One scratch between 7 and the centre, and repairs around the edge at 12 and 5. Damage around the opening catch. Gilt hands.

The scene on the back is of Selene and Endymion, with cartouches showing various landscapes around the band and a canal scene to the inside.

The enamel, gold and high dome crystal are all in very good condition, although there is an area of restoration to the right hand side of one of the cartouches (see final photo).
The replacement dial is poorly fitted to the movement (too high), preventing the bezel from snapping shut, and making the movement catch hard to access.

David Hubert, originally from Rochelle, France, is recorded working at The Strand, London from 1713 until 1743.

The case of this watch is in the style of mid 17th century French enamels, but the style was replicated often by case makers in the later 17th and early 18th centuries. I believe that this case is contemporary with the watch movement