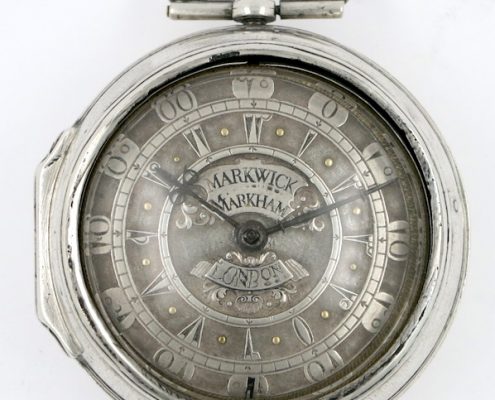 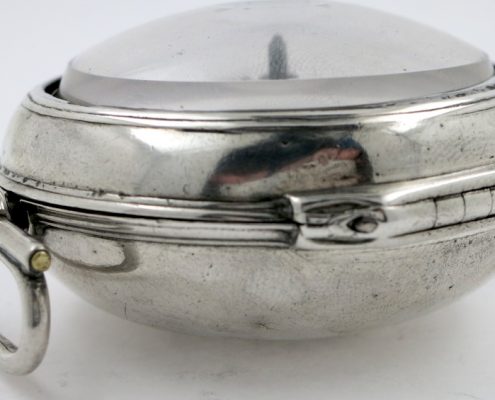 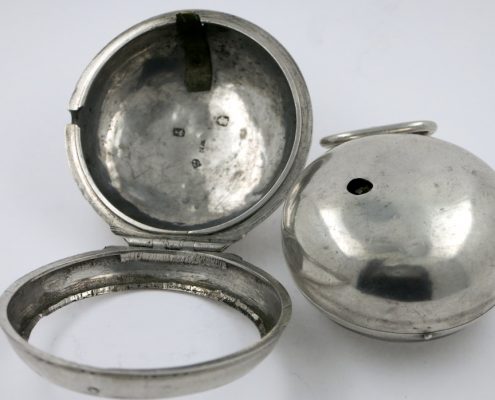 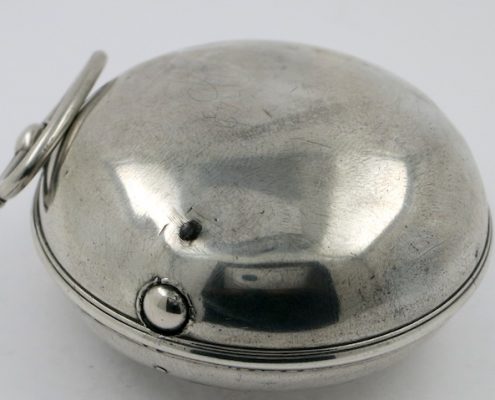 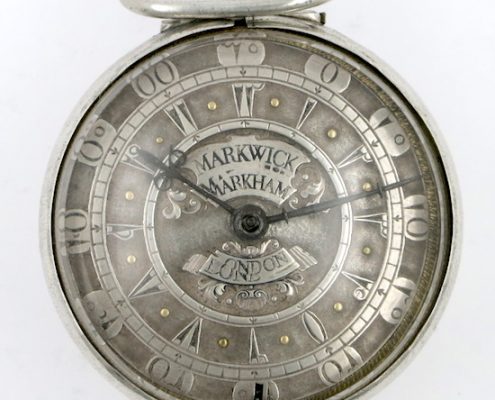 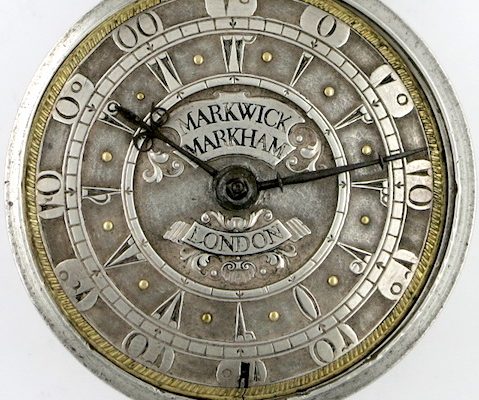 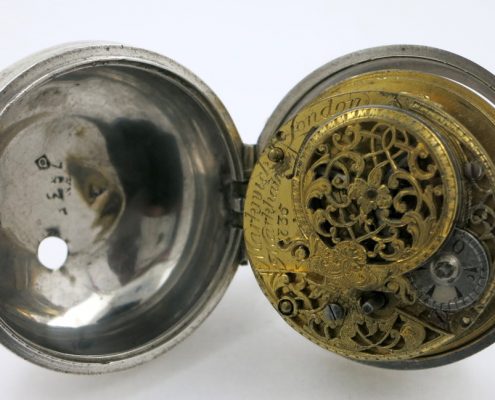 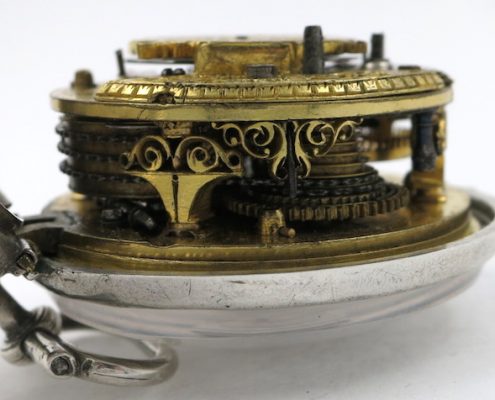 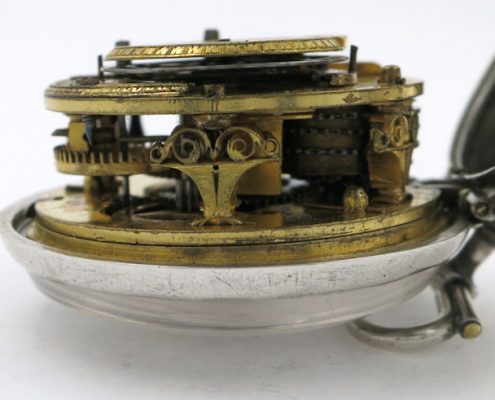 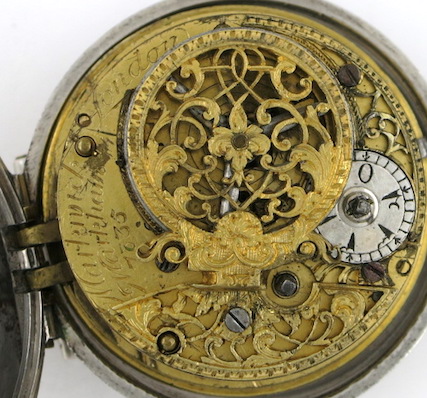 An interesting and early English verge, original champleve dial with Turkish numerals, in silver pair cases, made for the Ottoman market.

In very good condition and running well. There are 2 unused holes on the top plate at 4 and 10, which probably originally held steel posts used to attach a removable dustcap (now missing).

INNER CASE : Silver, with rubbed London hallmarks for 1731, maker ‘sWN, and serial number as the movement.

In good condition, with a dent near the winding aperture and a little compression and one dent to the band. The hinge and the high dome bull’s eye crystal are fine and the bezel closes correctly.

In quite good condition, with a little damage to the inner rim of the bezel and a few light bruises to the back. The hinge, catch button and catch are fine and the case closes correctly.

James Markwick, free of the Clockmakers Company in 1692, died in 1730. His partner from 1725 was his son-in-las Robert Markham, who used the name Markwick Markham after 1730.