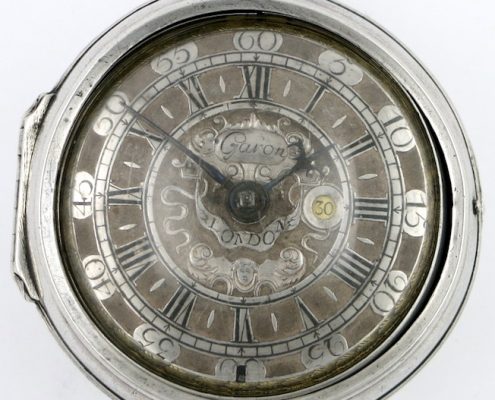 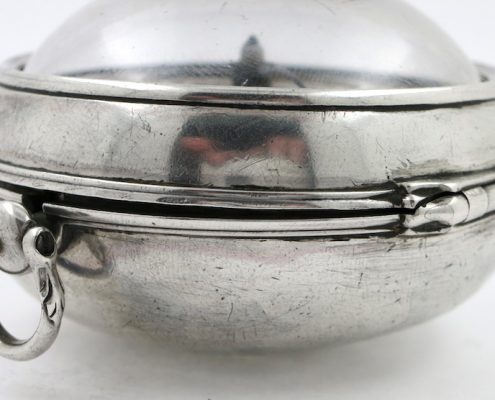 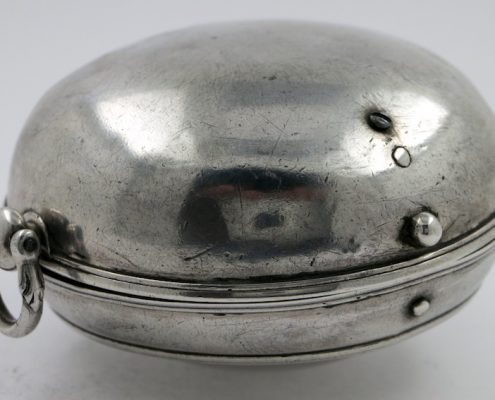 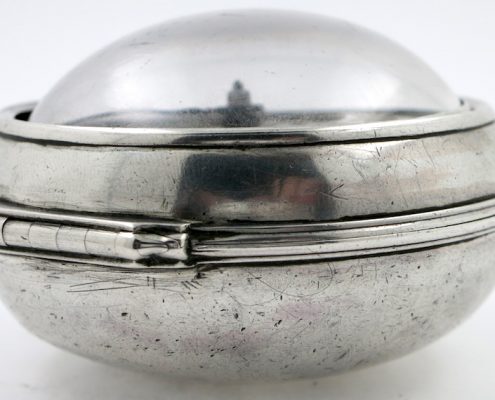 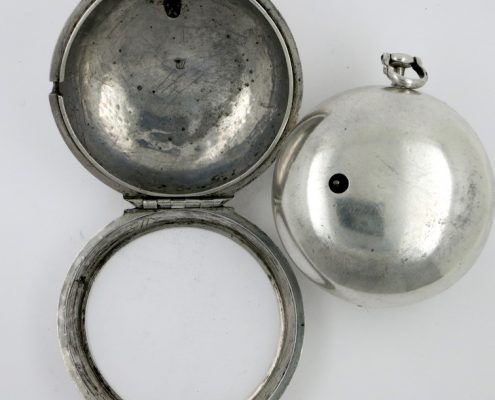 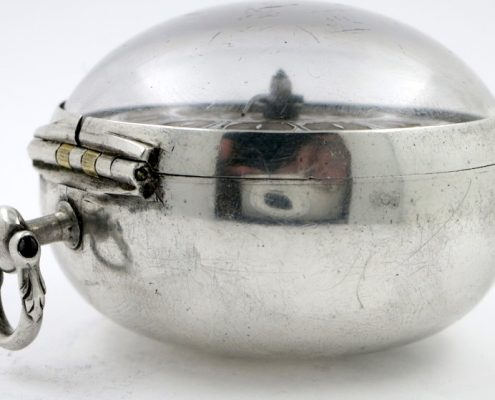 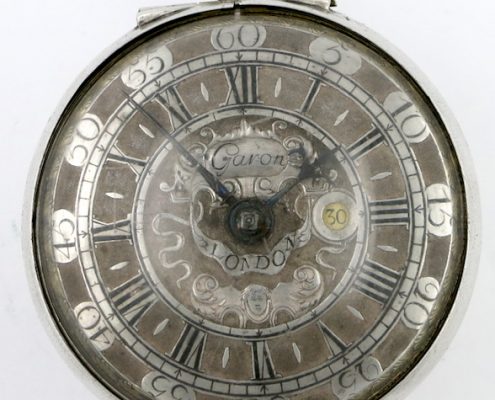 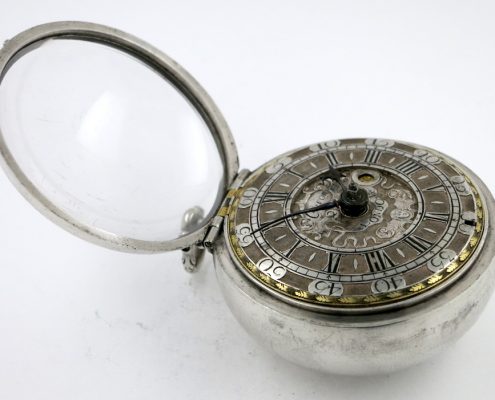 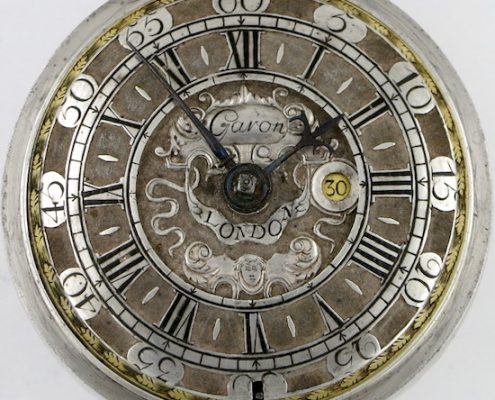 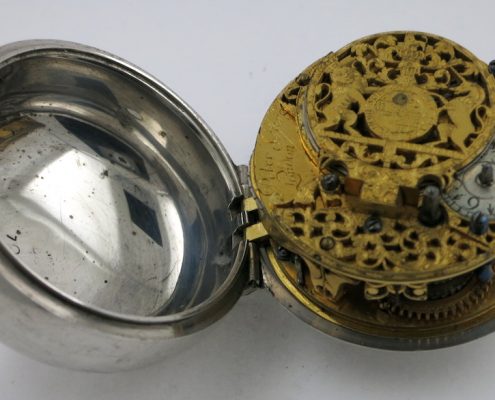 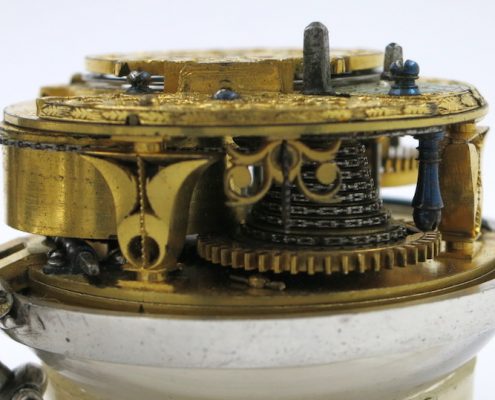 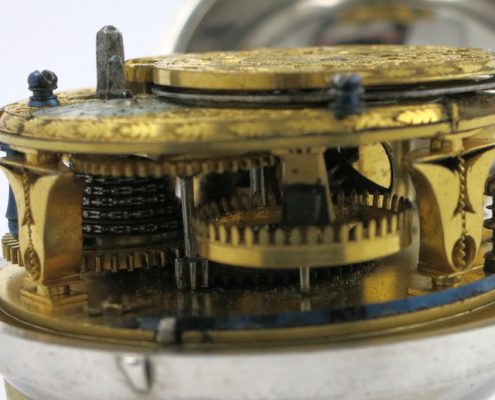 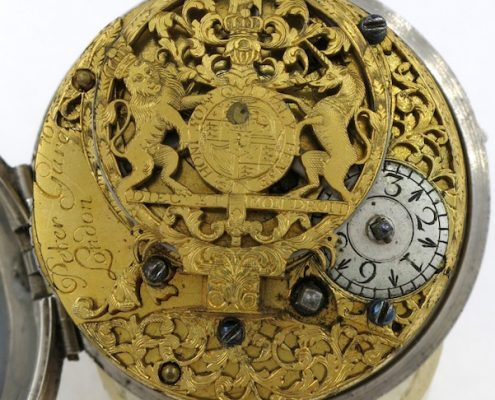 INNER CASE : Silver, with movement serial number “707” but no other marks. Original stem and bow.
In excellent condition throughout, with just some light scratches.

The very high dome crystal has some scratches but no chips.

OUTER CASE : Silver pair case, with no hallmarks but case maker’s mark AF (conjoined).
All in very good condition, with just some very light bruises on the back.

The Royal coat of arms engraved on the balance cock is that used by Willian III between 1694 and 1702, when he reigned alone, after the death of Mary II.

Royal motifs on watches of this period were a very important means of showing allegiance to the crown, shortly after the ‘Glorious Revolution’ of 1688-1689 when the Catholic James II was replaced by his Protestant daughter Mary and her Dutch husband William of Orange.

Peter Garon, a Huguenot, was born around 1673 and was apprenticed to Richard Baker in 1687. He was granted freedom of the City in 1694 by the Lord Mayor and made a Freeman of the Clockmakers Company also in 1694. It is thought that he became insolvent in 1723. (See Loomes,’The Early Clockmakers of Great Britain’ NAG Press, 1981.)

The case maker’s mark (AR conjoined) is that of Adam Roumieu. Other examples of cases by this maker and used by Peter Garon, exist (examples from 1692 and 1694).