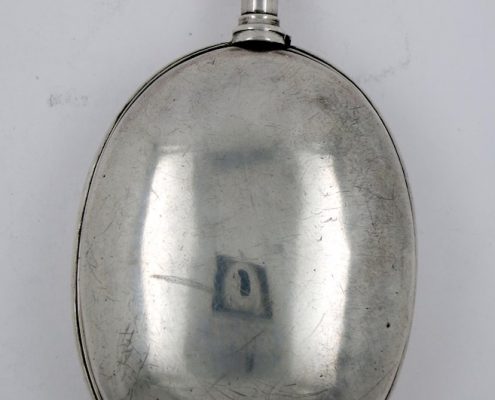 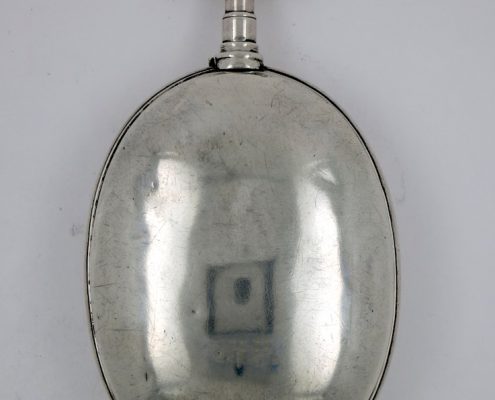 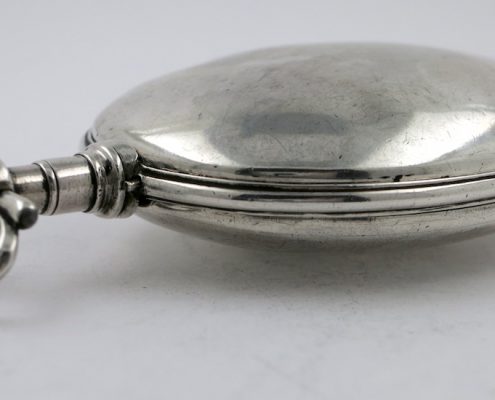 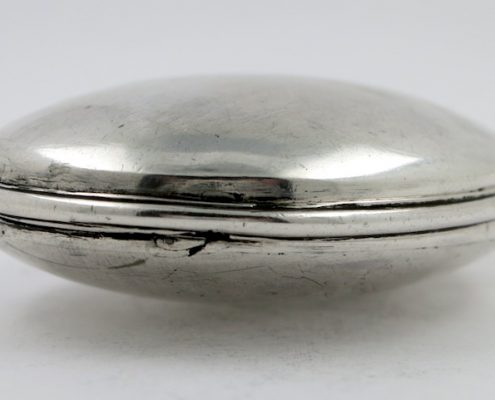 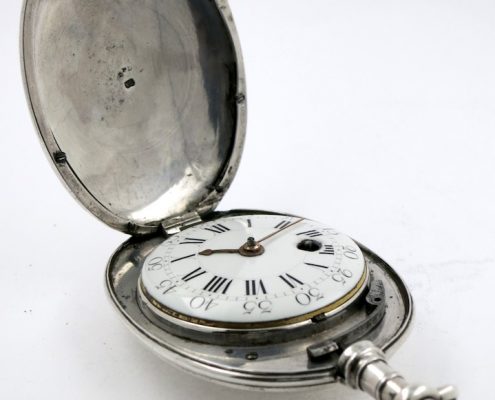 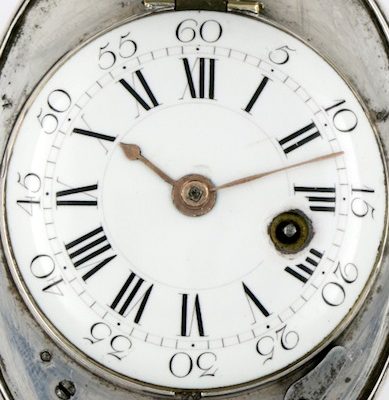 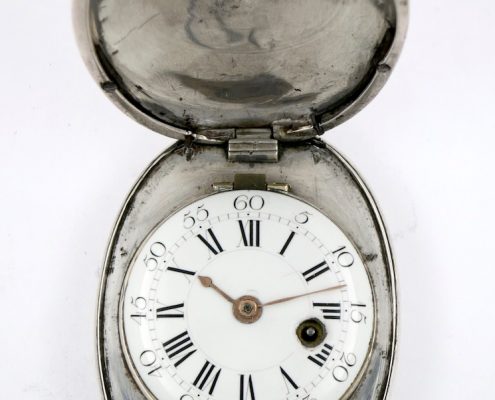 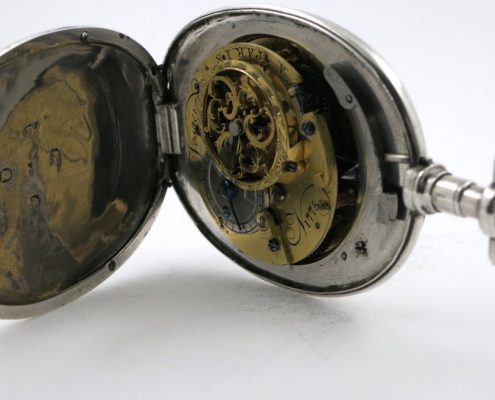 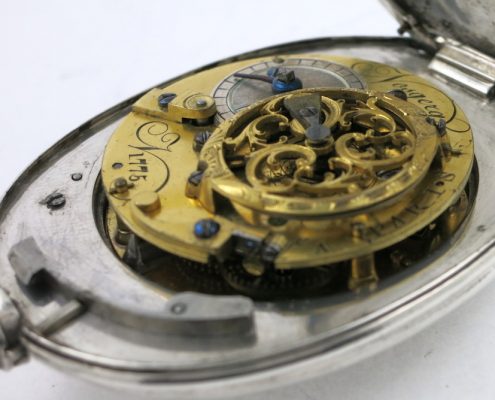 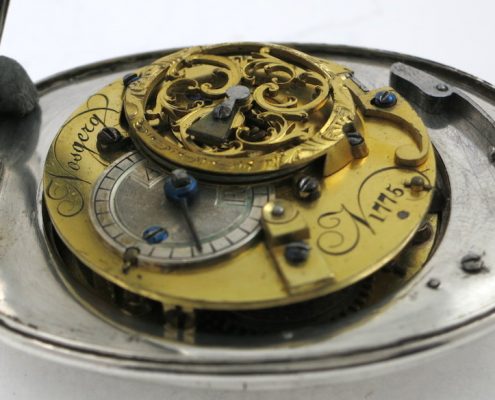 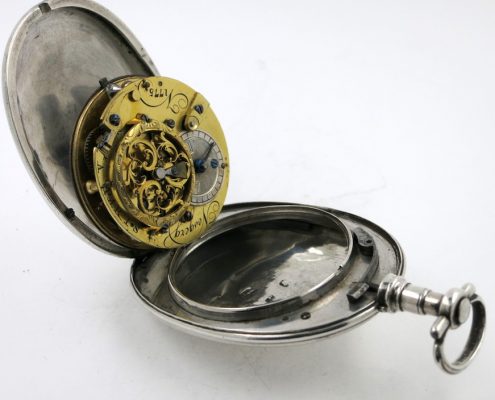 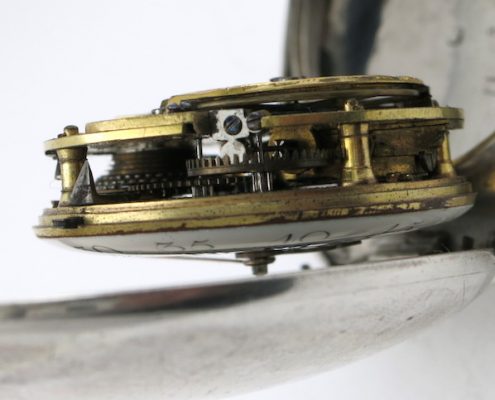 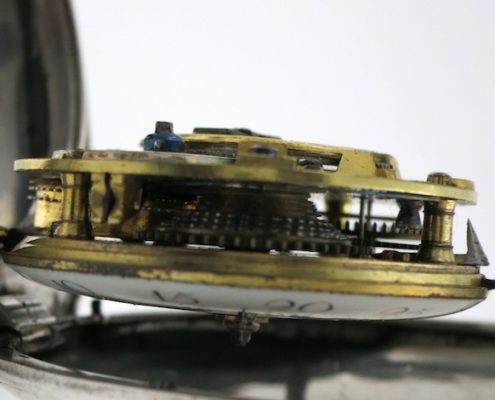 In very good condition, and working.

DIAL : White enamel dial, in good condition, except for some chips around the winding aperture and two small flakes at the centre. Gold coloured hands.

The silver is in very good condition, with just a few light bruises and scratches. Both covers have springs to the hinges, the front opened by pressing the button on the top of the stem, the back by pressing a small catch at the side of the stem. Both hinges are fine and the covers close correctly.

Pierre Gregson, an Englishman, is listed in Paris between 1778 to 1806. An important watchmaker, he was Clockmaker to the King. It is not uncommon to find English watches with the maker’s name signed in reverse, but more unusual for a French maker.

The London marks on this case may be fake marks produced in Paris in the late 18thc. This was not uncommon.

The shape and design of the oval case is very similar to that of ‘Puritan’ watches, made in England over 100 years earlier.