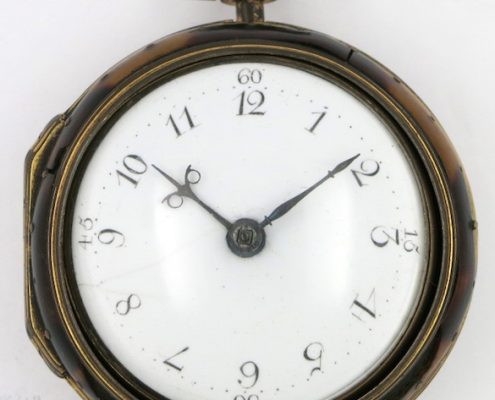 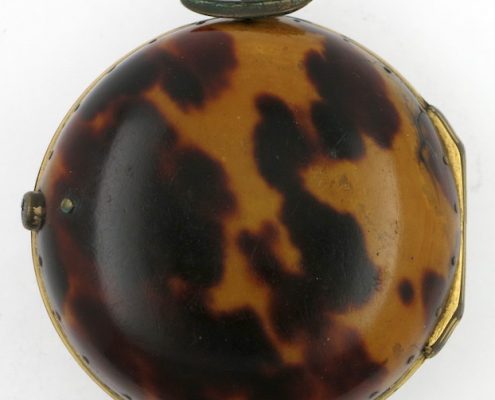 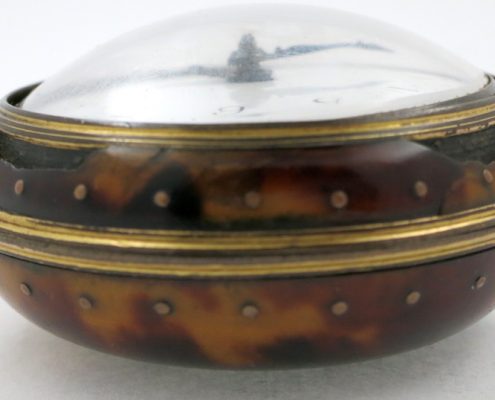 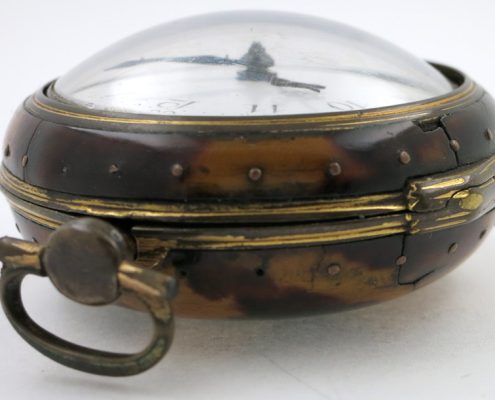 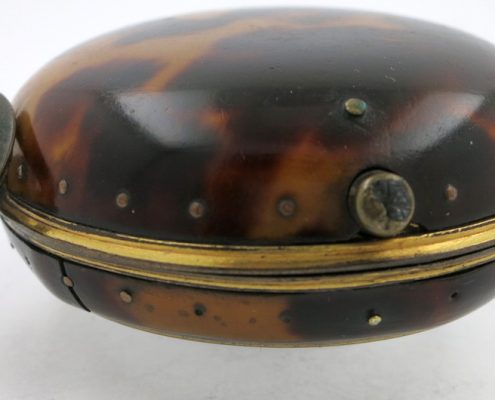 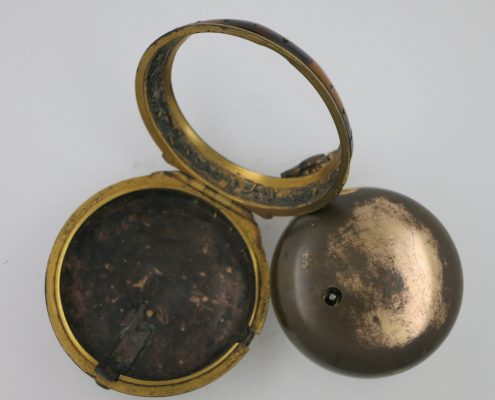 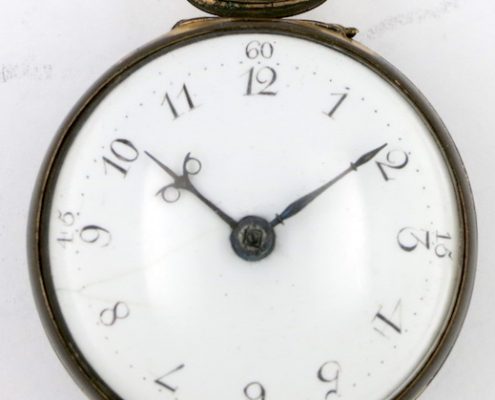 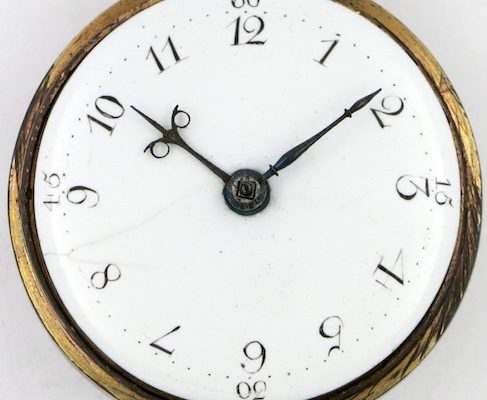 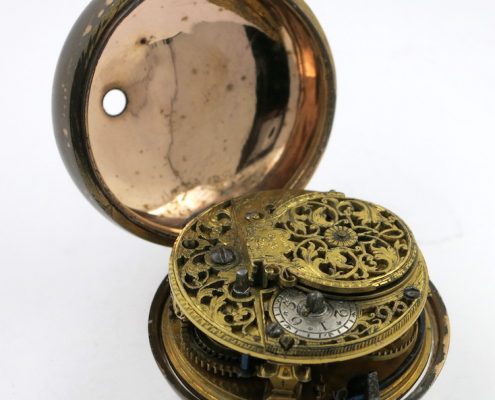 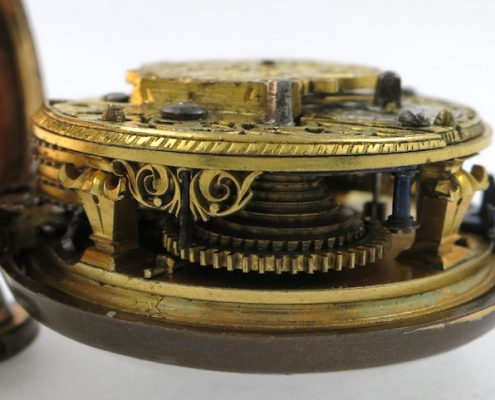 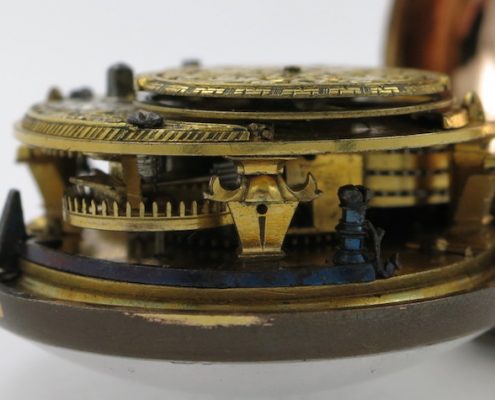 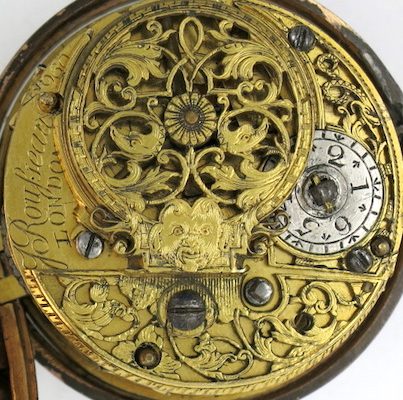 The screws are mismatched, and there is a redundant hole on the right hand corner of the balance cock foot, which presumably was added to allow a 2nd screw to fix the foot.

DIAL : Later white enamel dial, in reasonable condition, with a couple of flakes at the centre hole, 2 light hairlines radiating from the edge at 8, and some fading to the numbers.

The stem has been reattached, and the gilding worn throughout, but generally in nice condition with no dents.
The high dome crystal is fine, and the bezel closes but does not snap shut.

There is general wear to the gilding, a dent to the opening catch button, but the bezel snaps shut correctly and the case is in overall good condition.

This case is probably a little later than the movement, ie. mid 18th century.

This watch was probably made by Jacob Rousseau, who left France for London in about 1670, to represent his father Jean Rousseau.