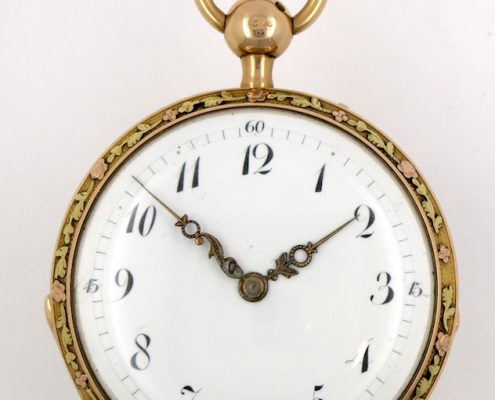 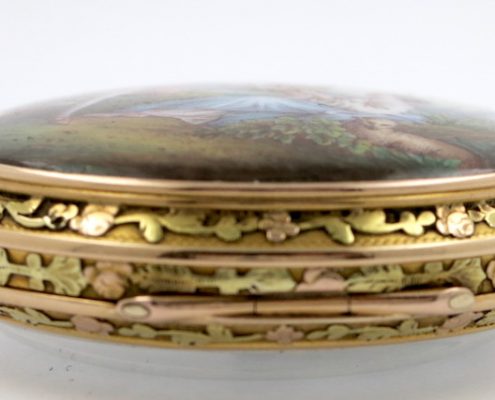 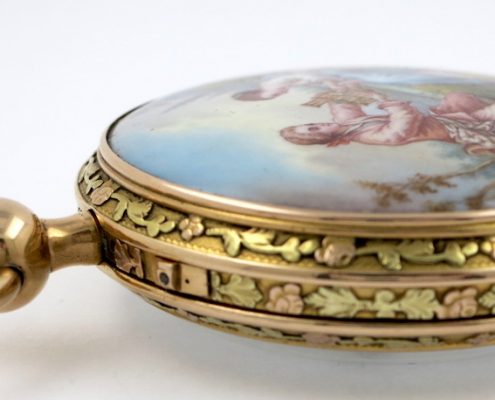 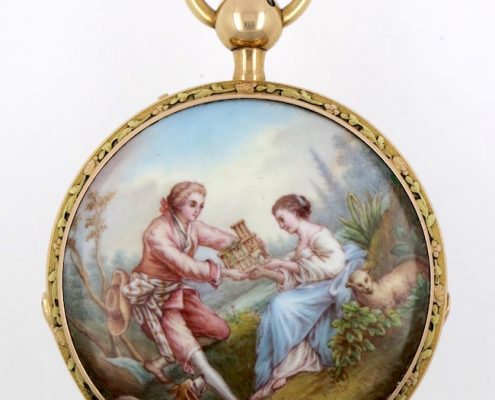 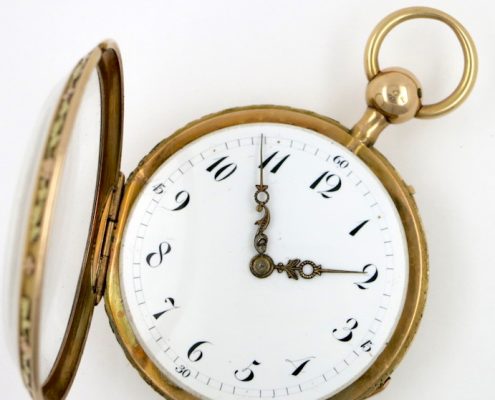 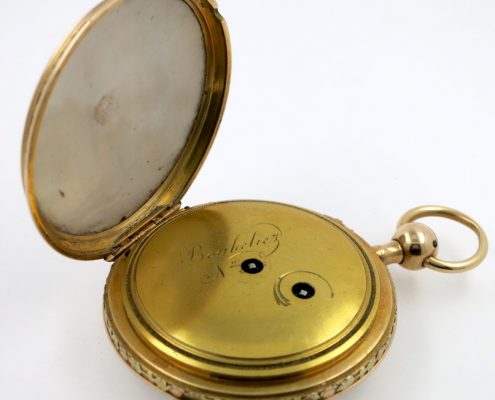 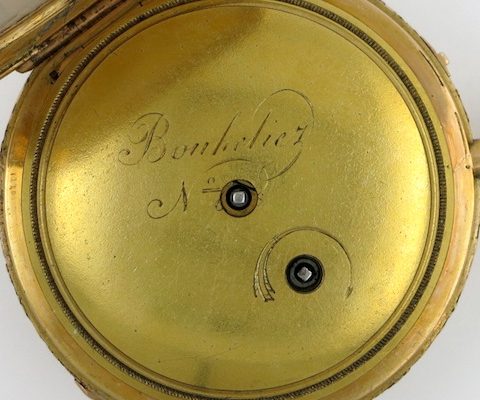 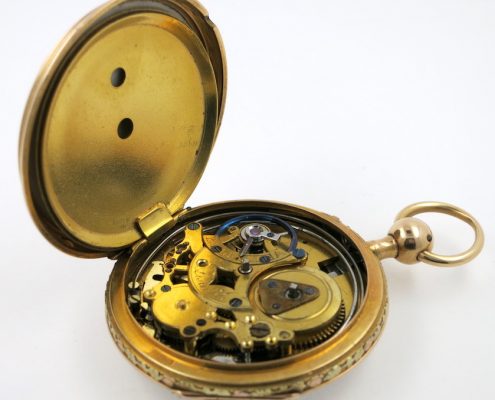 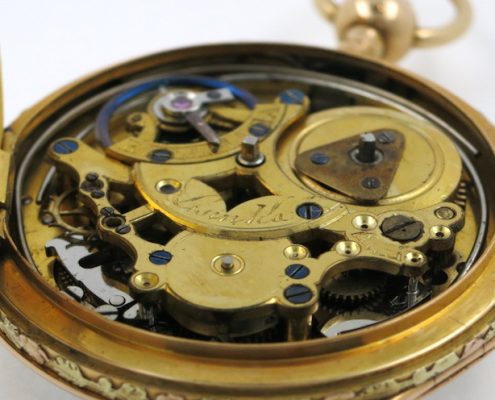 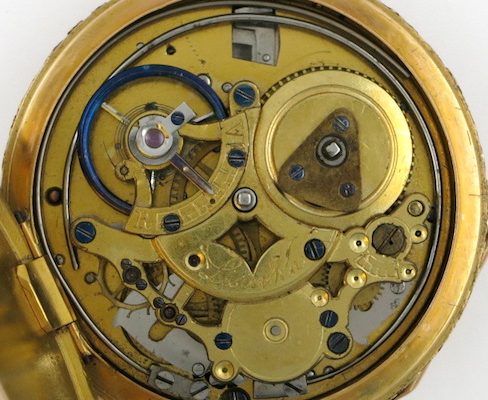 This is a fine and rare quarter repeater with unusual skeletonised lever movement, in a beautiful gold and enamel case.

The quarter repeating function is activated by pushing down the stem, with two polished steel hammers striking two steel gongs. The repeat can be disabled by a slide on the band of the case at 1.

The movement is in good condition and running well. The repeat function is also working correctly.

CASE : The fine gold case, with 3 coloured gold decoration to the band and bezels, and a finely painted enamel to the back. The gilt cuvette is signed ‘Bouhelier’. There are two worn French gold marks on the stem.
All in very good condition, with just a little wear to the bow, and some minor restoration around the edge of the enamel.

The name Bouhelier was very common in the Franche-Comté, where Père Bouhelier was born in the small village of Saint Julien near Charquemont. The area was mainly occupied by farmers but in winter time people produced cylinder escapements for French and Swiss watchmakers. All of the very few watches that are known to have been made by Père Bouhelier are fitted with the same caliber and have the same linear lever escapement type. The design of the caliber itself is unusual and quite simple; it is difficult to determine whether it was behind the times or even technologically ahead of its time.
Père Bouhelier was a priest who was forced to leave his country for England during the French Revolution, so one might assume that he taught himself to make lever escapements during his stay in exile.
Ref. Crott Auctioneers, Lot 355 May 2014.