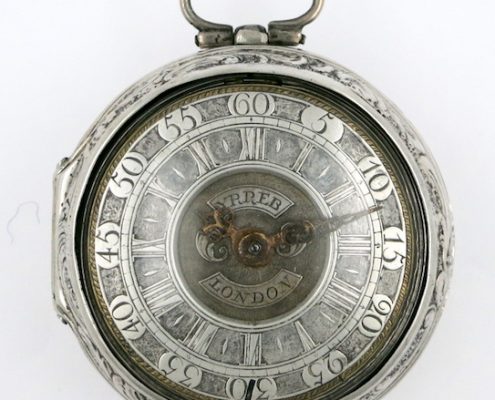 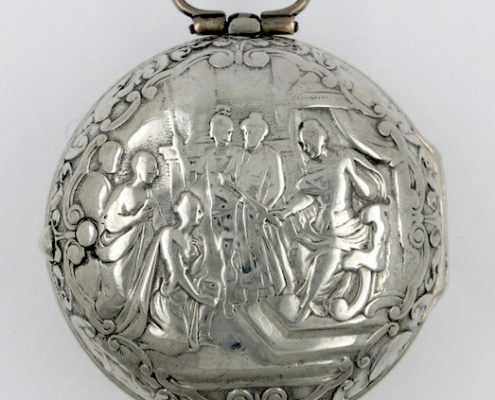 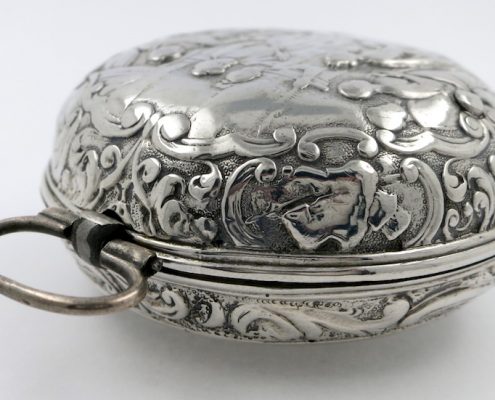 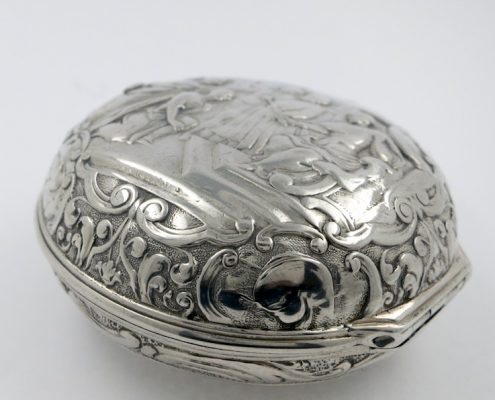 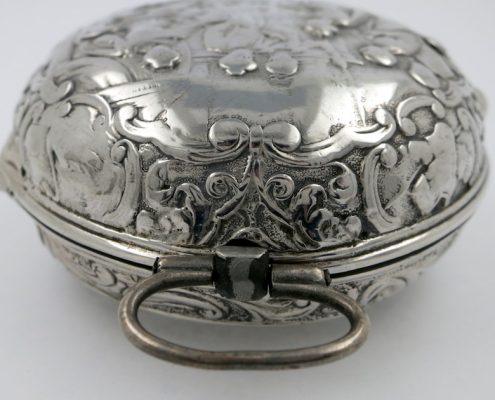 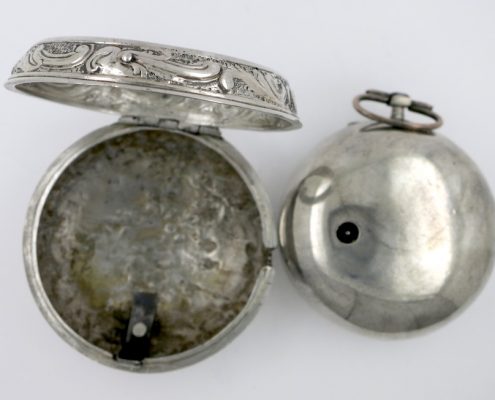 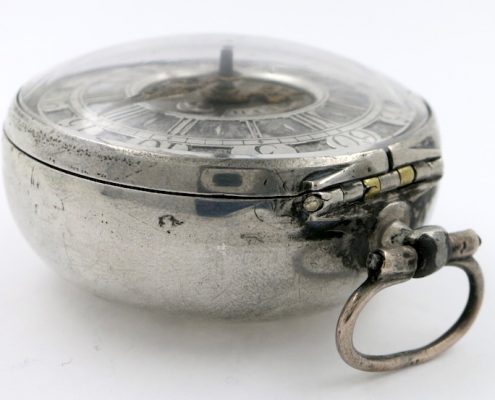 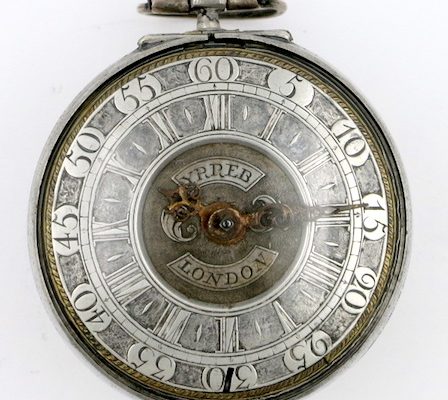 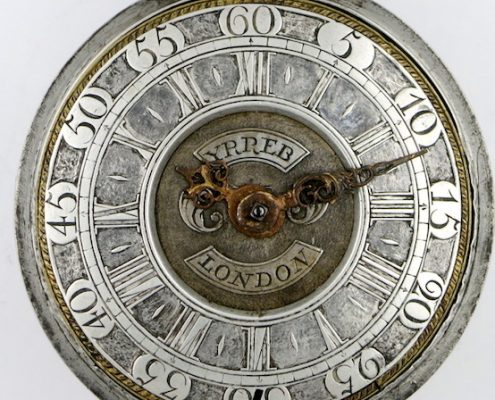 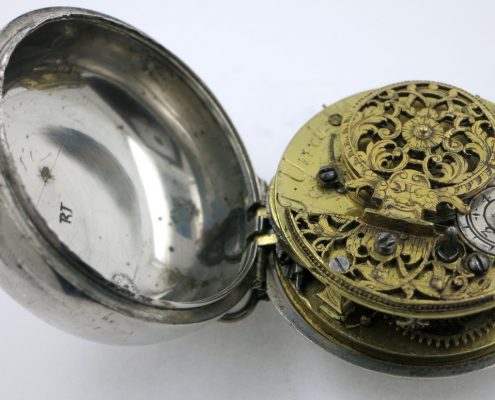 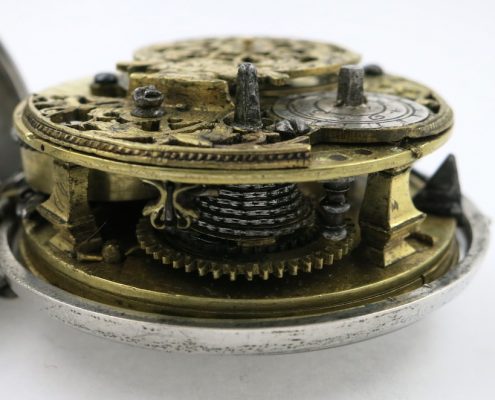 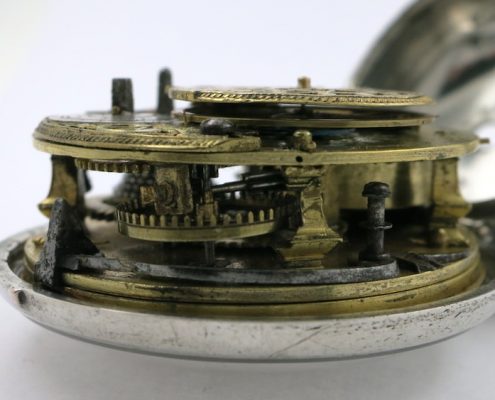 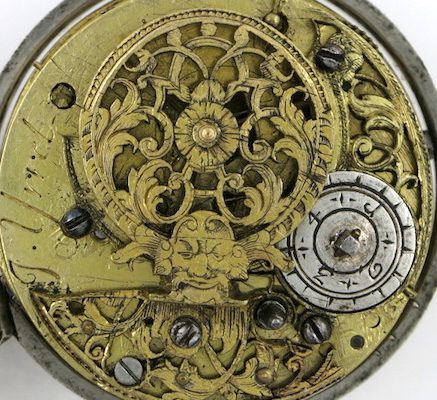 In reasonable condition, and running well, though two of the pillar tops are missing (one held to the top plate with a screw, the other with a pin through the side of the plate). The top plate is also scratched in places and the right hand corner is missing from the balance cock foot (though still held firmly).

There is a crack to the dial false plate at 5, though it still seems to be strong.

INNER CASE : Silver, with maker’s mark RT.
In reasonable condition, though the pendant and bow are replacements (not silver). The hinge is fine and the bezel snaps shut correctly. The high dome crystal is also fine.

OUTER CASE : Silver, with repousse decoration to bezel and back.
The hinge, catch and catch button are fine and the case closes correctly.
There is some wear to the high points of the silver repousse work, but no holes.

The case has a worn maker’s signature ‘COCHIN’ just below the figures.
Daniel Cochin was a very well known and fine repousse worker, based in Geneva and later in Paris during the early and mid 18th century. The case is probably a little later than the watch.

This watch is probably by John Berry, who worked with his father, of the same name, at Lombard Street, London. The reversed name Yrreb was possibly used to distinguish his work from his fathers.