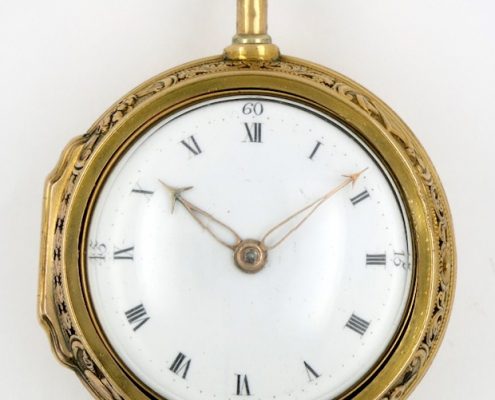 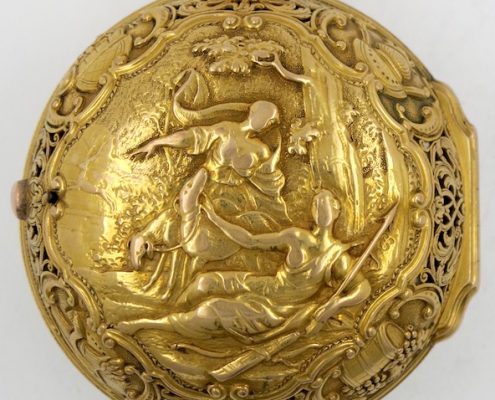 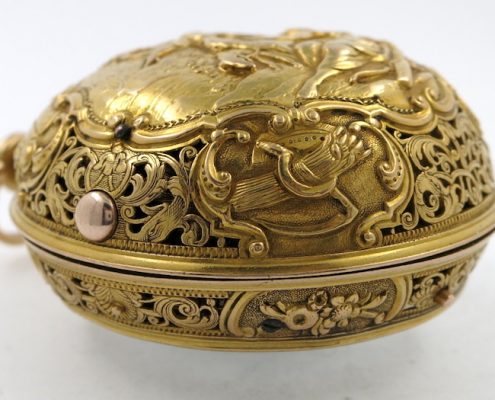 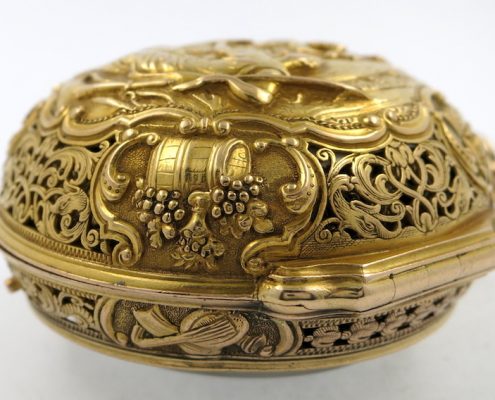 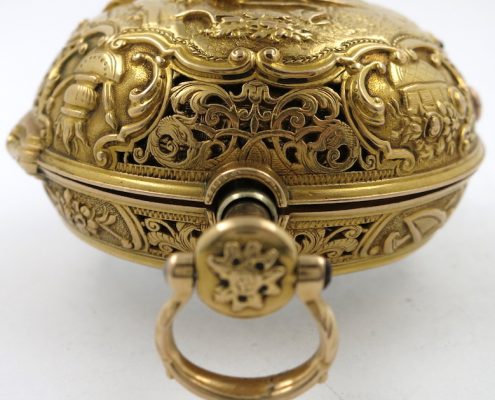 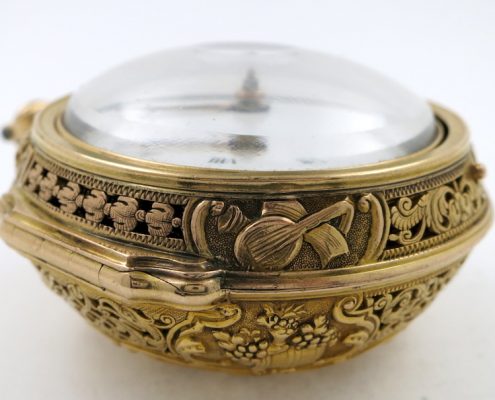 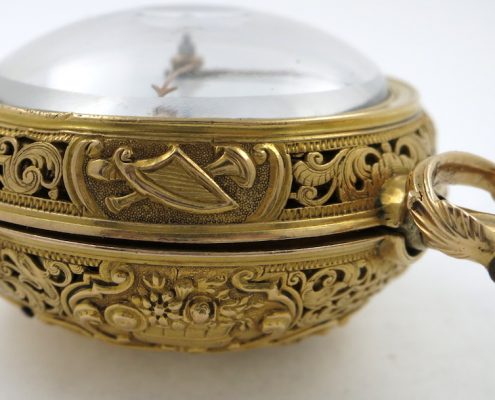 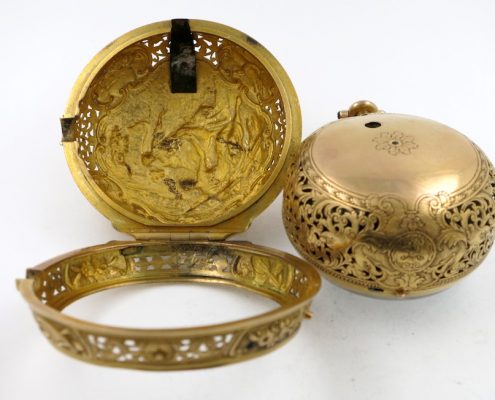 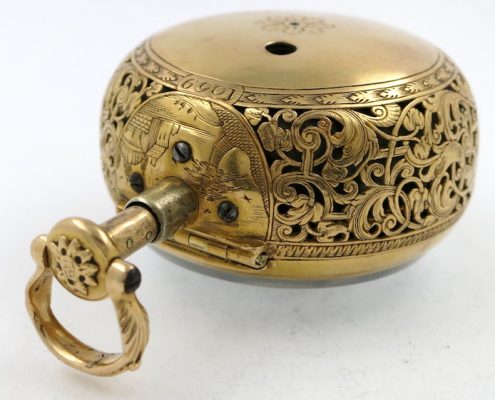 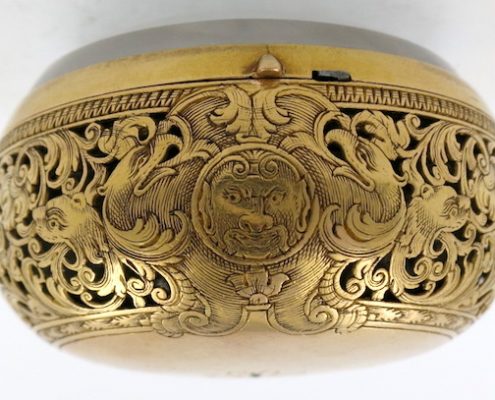 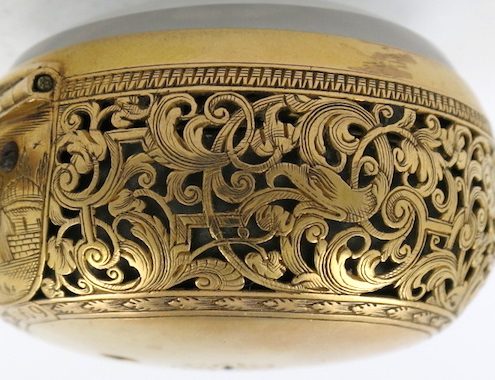 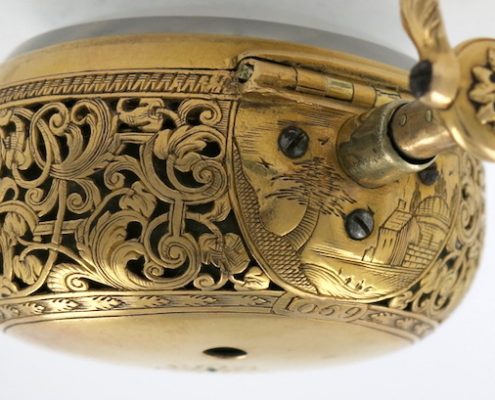 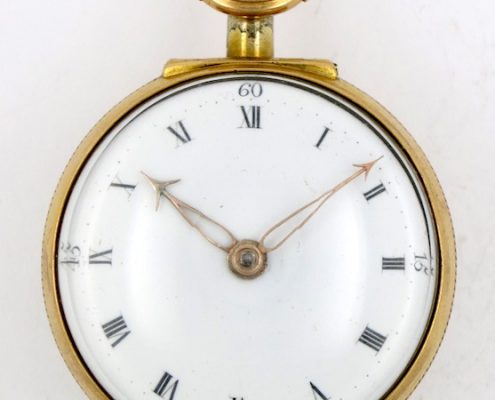 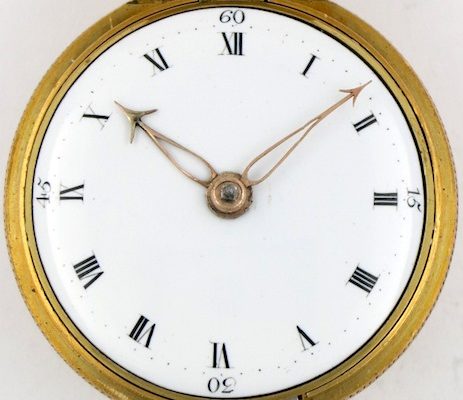 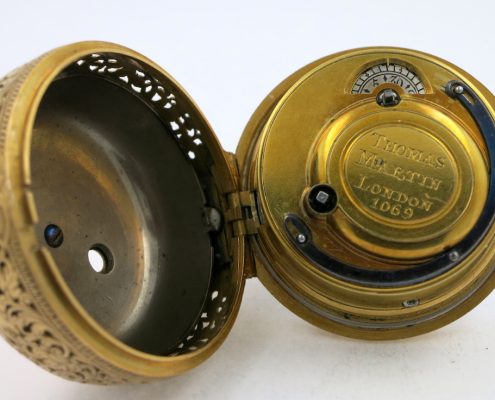 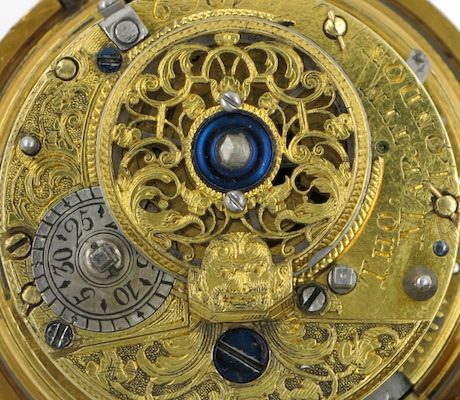 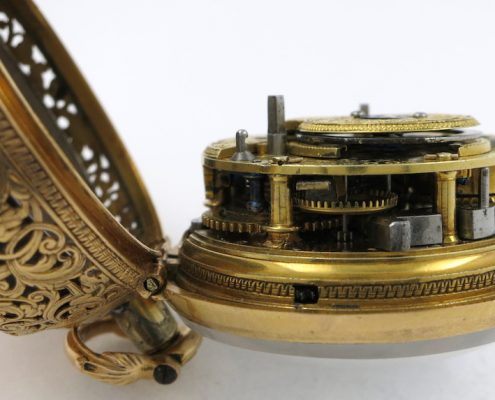 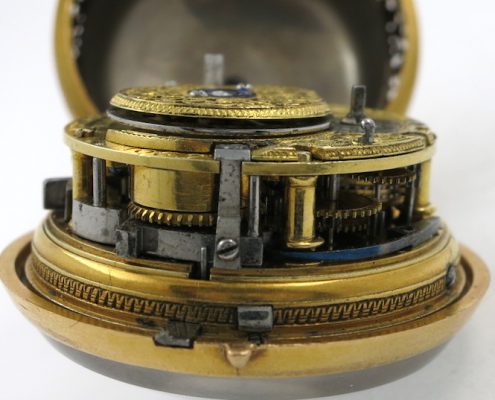 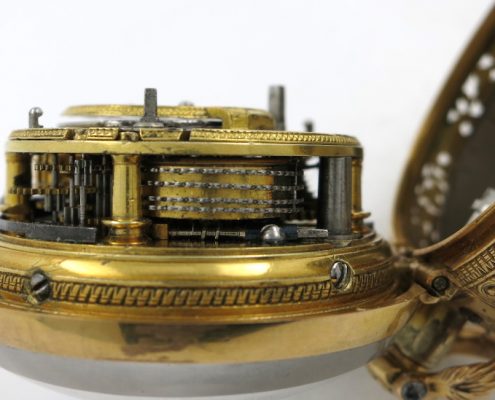 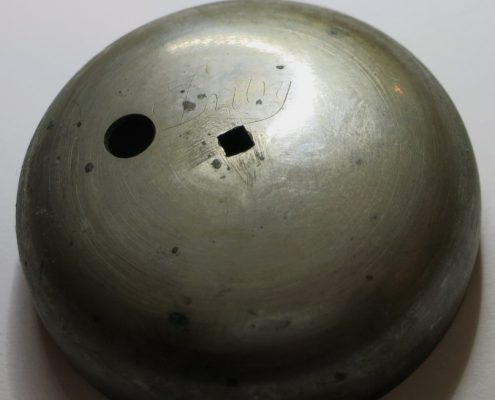 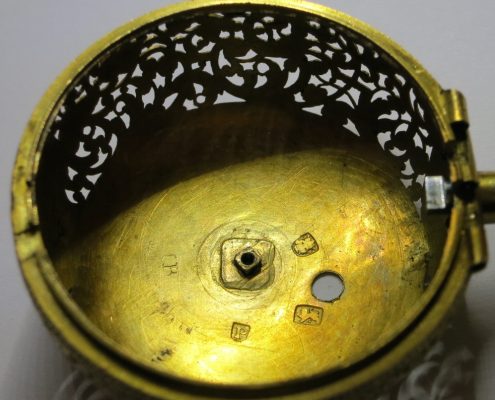 Protected by a removable gilt dustcap which is also signed and numbered as the movement.

DIAL : Later fine enamel dial in excellent condition with just one light scratch near the centre, This enamel dial is a replacement, probably added in the late 18th century.

Nice late 18th century, very delicate, skeleton gold hands, probably added at the same time as the dial. The minute hand is slightly bent and one arm has a break, though the hand is still held firmly and functions.

INNER CASE : 22ct gold, hallmarked for London, 1730, maker’s mark IB (under the bell.) Beautifully pierced and engraved throughout, with the movement number (1069) engraved near the stem.
Very good condition. The high dome, bull’s eye, crystal is fine and the bezel snaps shut correctly.

The small lever on the bezel at 5 is a ‘pulse piece’ allowing the repeat to be silent but vibrating, by pressing the button during the repeat. This is working correctly.

The case maker’s mark IB is probably for John Beesley who is listed at The Sun, Holborn Bridge, London from 1720.

OUTER CASE : 22ct gold, pierced case, with repousse work showing Diana the huntress, with another female figure, and two hunting dogs, No hallmarks.
The catch, catch button and hinge are fine and the bezel snaps shut nicely. The small button on the bezel at 5 allows the pulse lever on the inner case to be pressed.

The case is in very good condition, with just a little wear to the high points of the two figures.

The gold cases weigh a total of 66 gms. excluding crystal and movement.

Thomas Martin is listed at The Royal Exchange, London from 1692, and at Fleet Street from 1724.