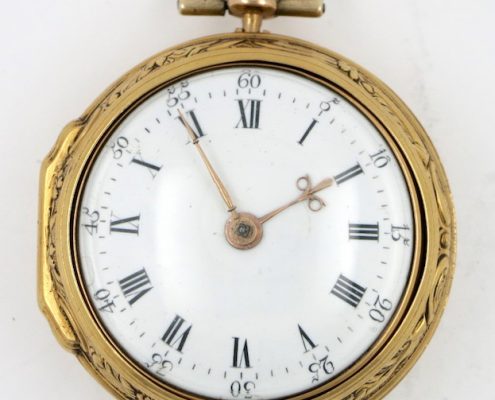 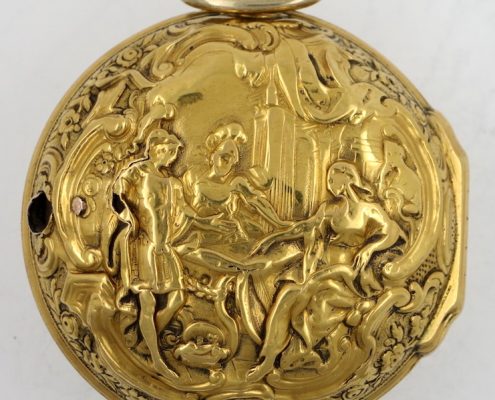 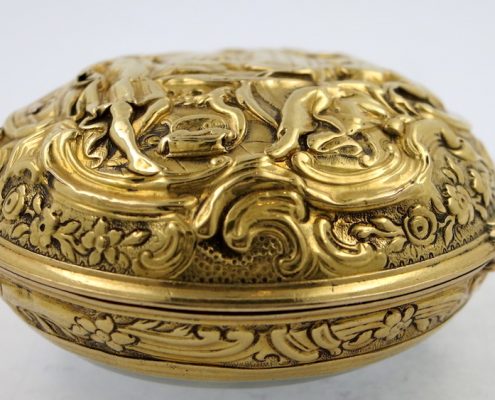 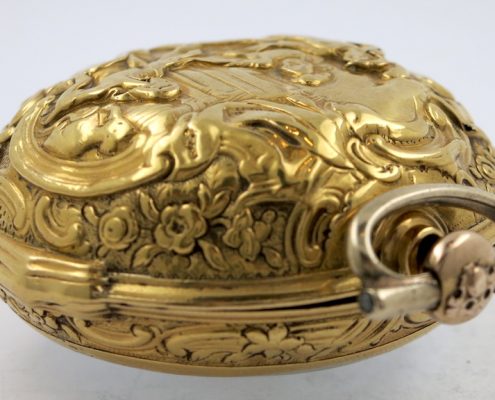 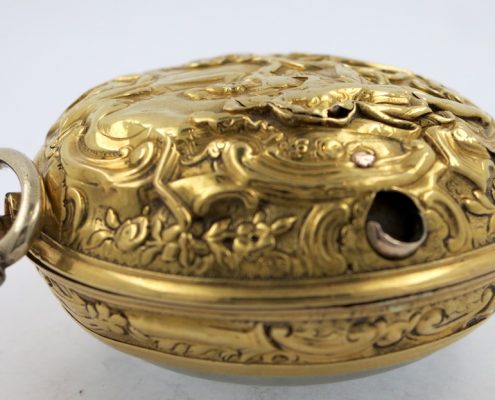 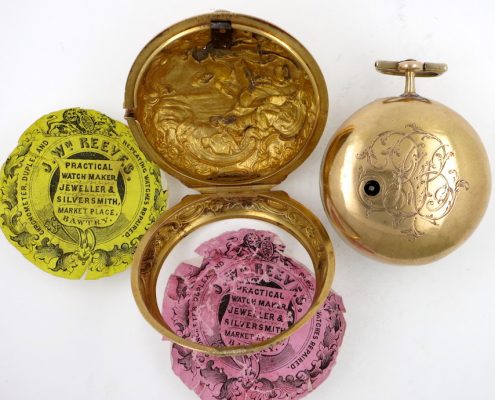 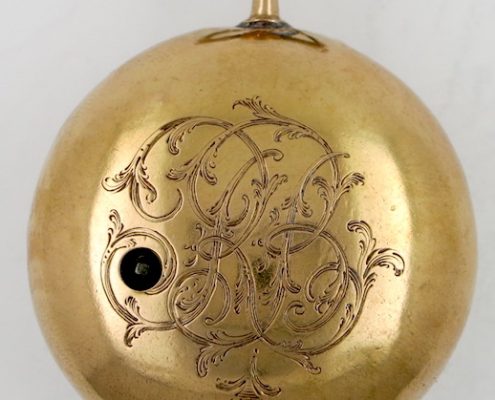 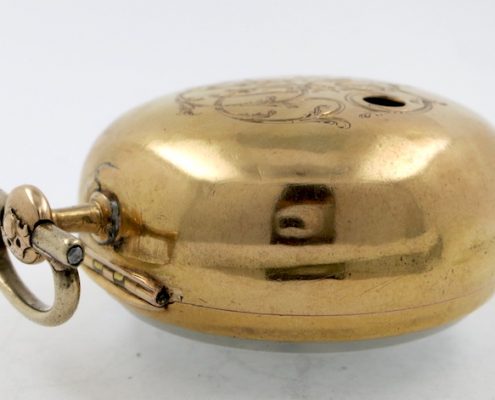 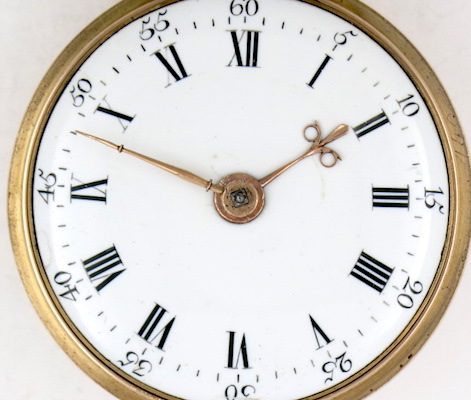 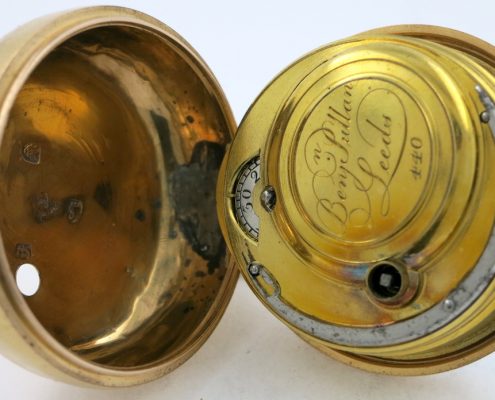 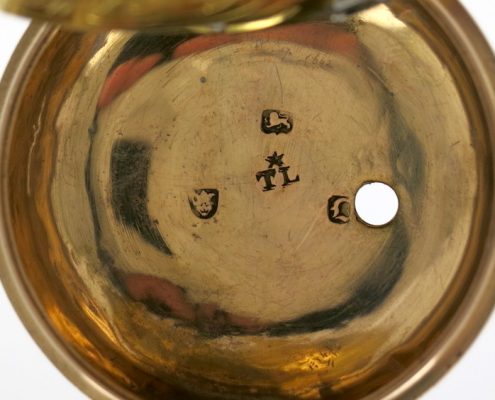 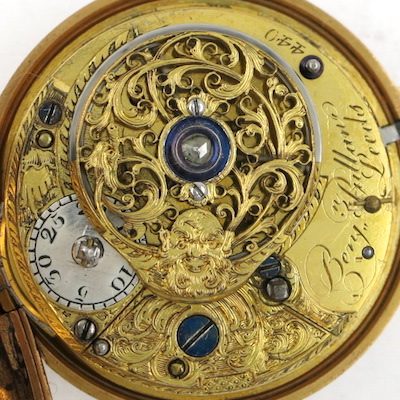 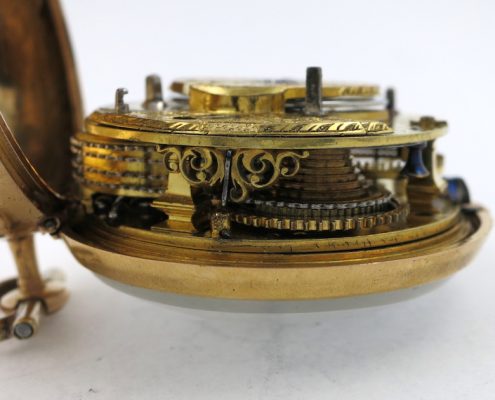 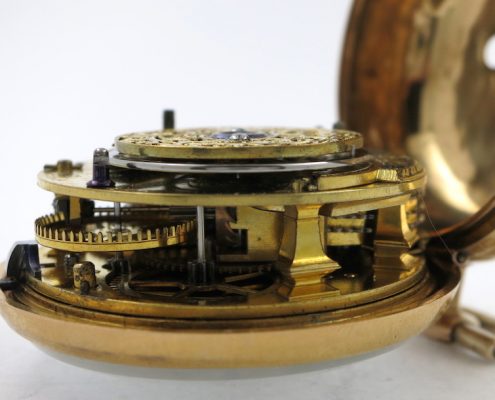 The movement is protected by a removable gilt dustcap, signed and numbered as the movement.

A fine quality movement, all in good condition and running well.

DIAL : White enamel dial, in good condition, with some light surface scratches and 2 short cracks on the edge at 6 and 8. Good 18th century gold beetle and poker hands.

INNER CASE : 22ct gold, with London hallmarks for 1769, maker’s mark TL. The back is nicely engraved with a monogram (RB).

In quite good condition but with some light bruises and slight compression around the band. The stem, which has wear to the top, has been reattached and the bow is of brass, rather than gold.

The hinge is fine and the bezel snaps shut nicely. The high dome bull’s eye crystal is also fine.

OUTER CASE : 22ct. gold repousse pair case, decorated with a classical scene depicting Penelope and the suitors. In reasonable condition, but with wear to the high points resulting in some holes. The catch button has been almost completely worn away, though the catch and hinge are fine and the bezel snaps shut correctly.

PROVENANCE : This watch was formerly in the collection of Mary, Duchess of Roxburghe. (Sotheby’s, 2015).

Mary Evelyn Hungerford Crewe-Milnes (named after her godmother Queen Mary) was born in 1915.  Her mother was the daughter of a British Prime Minister (5th Earl of Rosebery) and a Rothschild heiress, and her father was the Marquess of Crewe. She died in 2014.