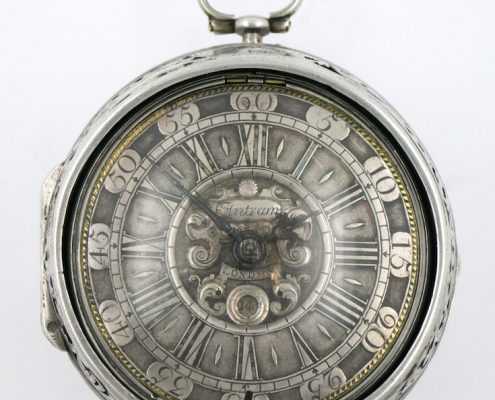 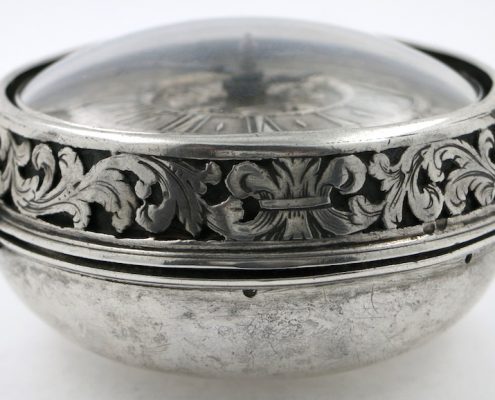 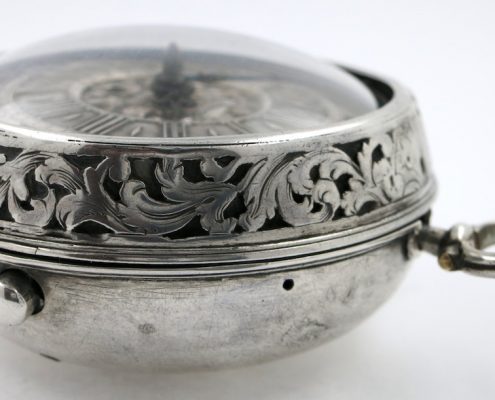 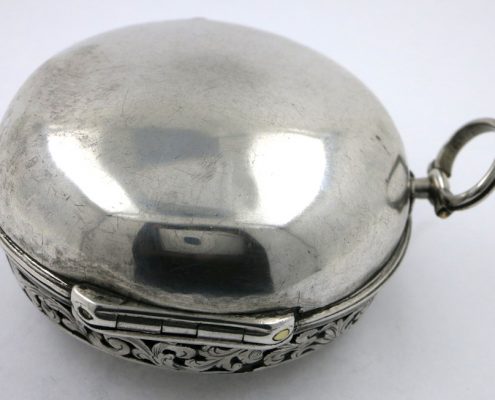 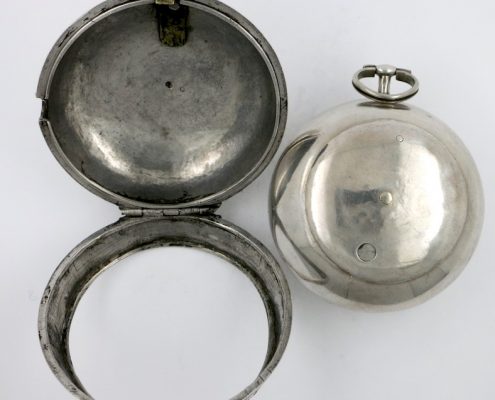 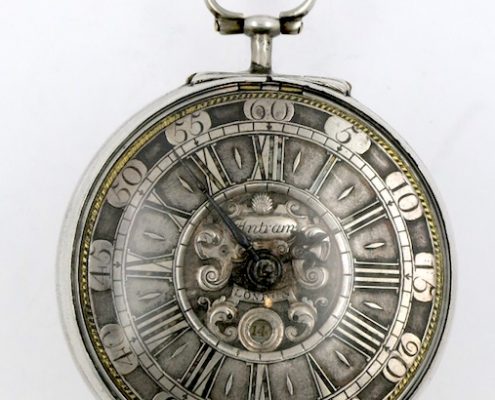 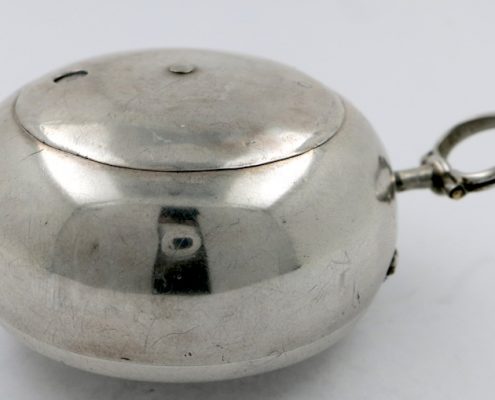 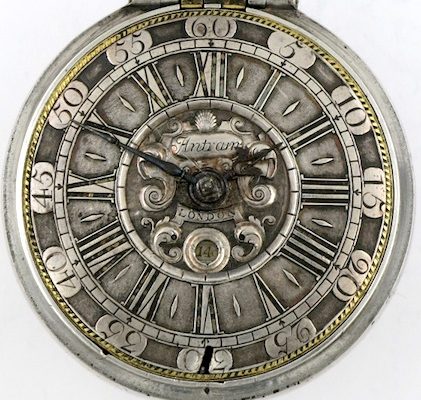 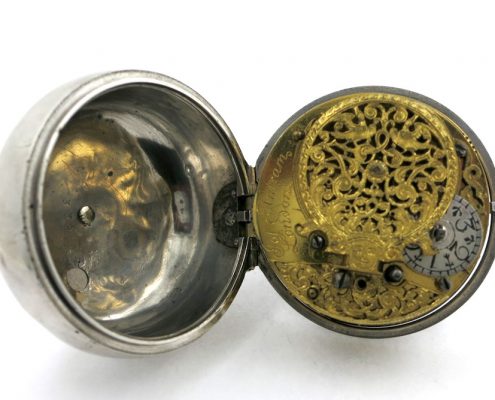 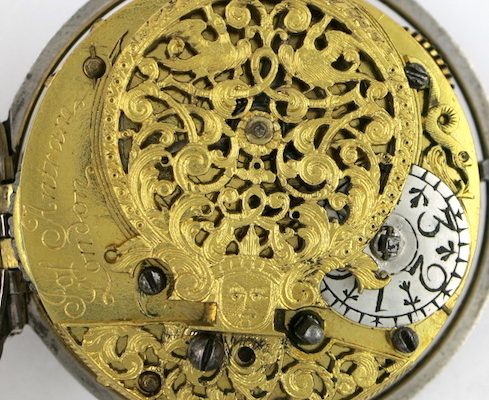 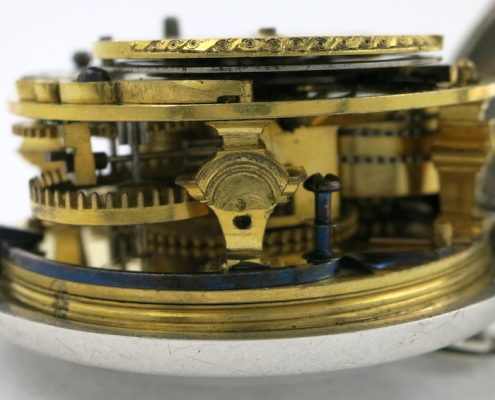 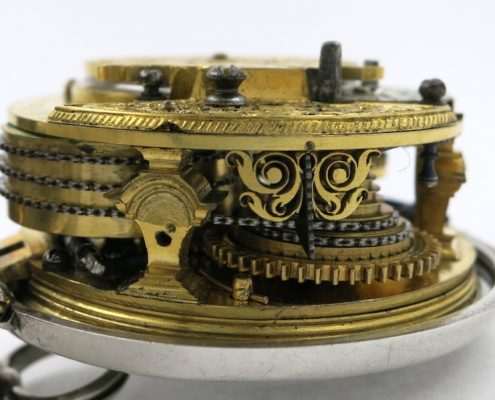 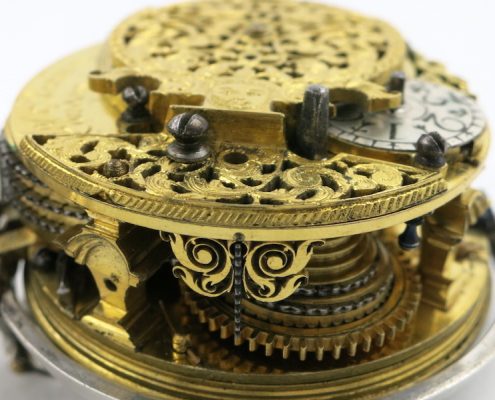 In good condition, though the screw fixing the balance cock has been replaced and moved slightly to the left of the original. Running well. The calendar mechanism is complete and working.

INNER CASE : Silver, with serial number 335 but maker’s mark obscured by the cover rivet. Large sliding disk on the back forming the cover for the winding aperture.
In good condition, though the pendant has been reattached (and reinforced) and the bow is later. The hinge is fine and the bezel snaps shut correctly. The high dome crystal is also fine.

OUTER CASE : Silver, with pierced bezel and plain back. No maker’s mark.
The hinge, catch and catch button are fine and the case closes correctly. There are some very light bruises to back, wear to the pierced bezel, and signs of an old repair to the rim (only visible from the inside) but generally in good condition.

Joseph Antram is listed from 1697 and died in 1723. An important maker, he was clockmaker to George I.