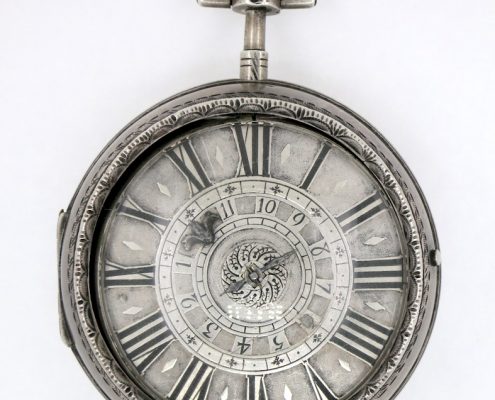 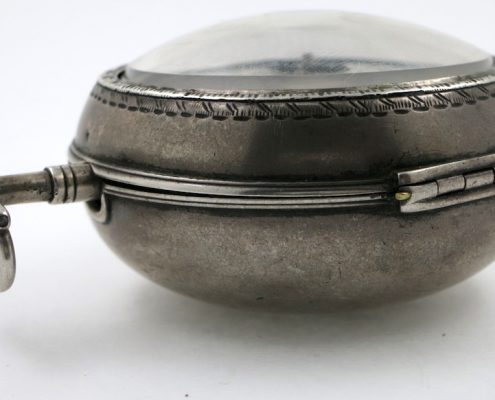 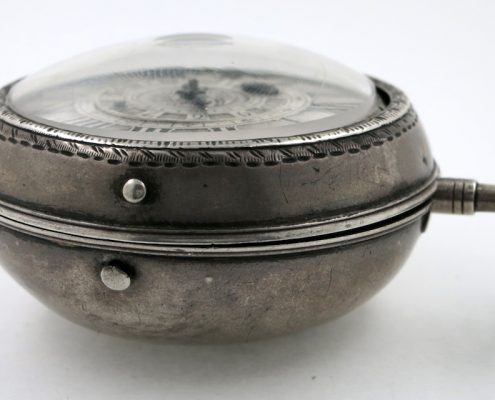 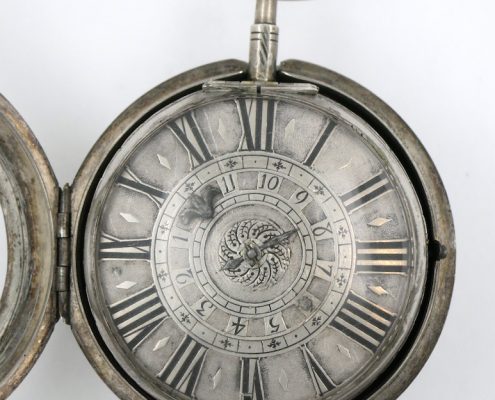 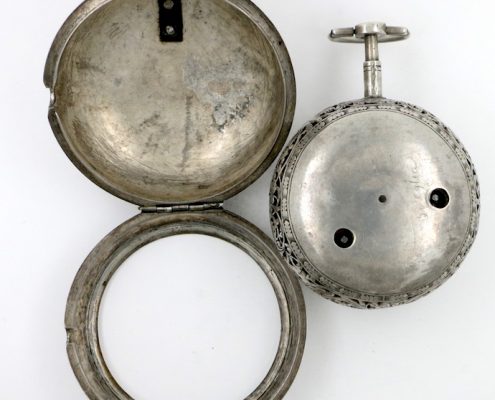 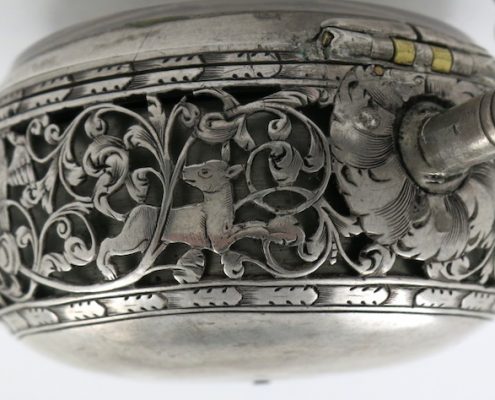 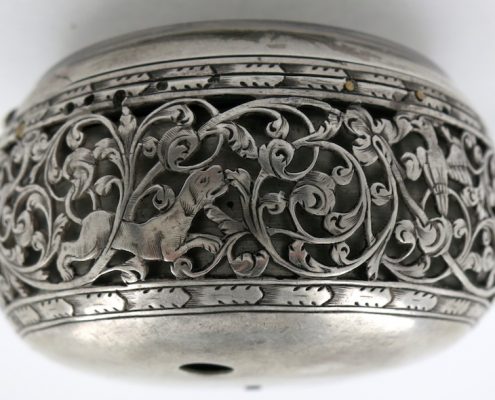 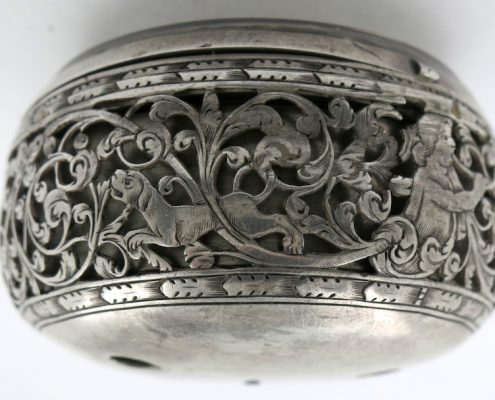 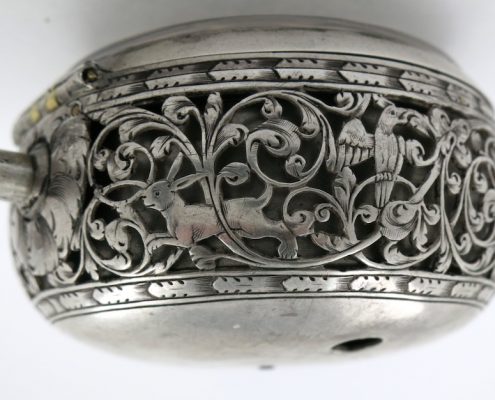 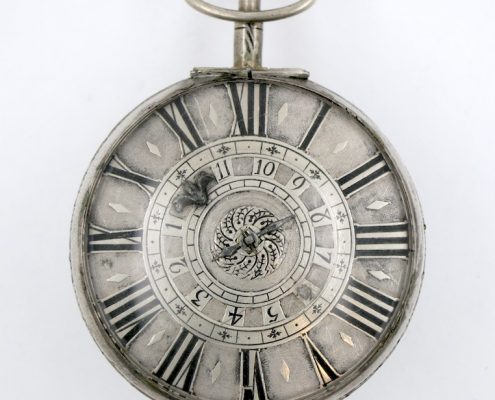 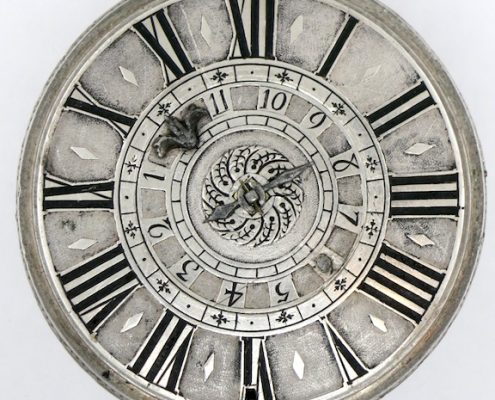 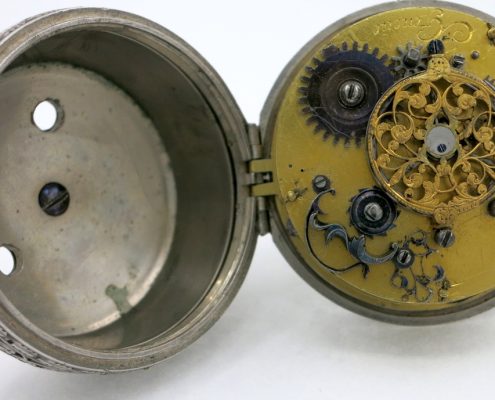 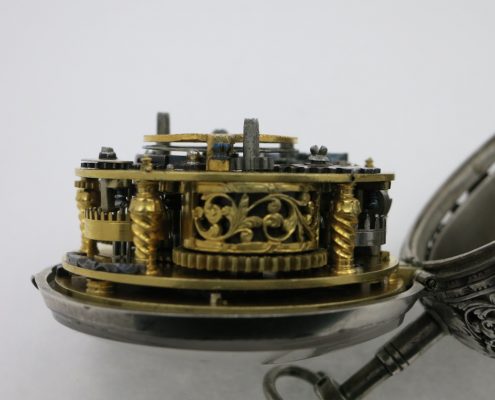 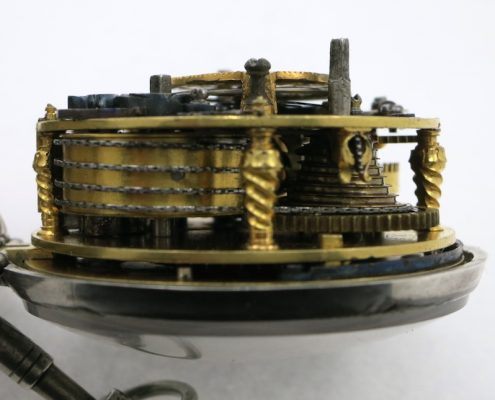 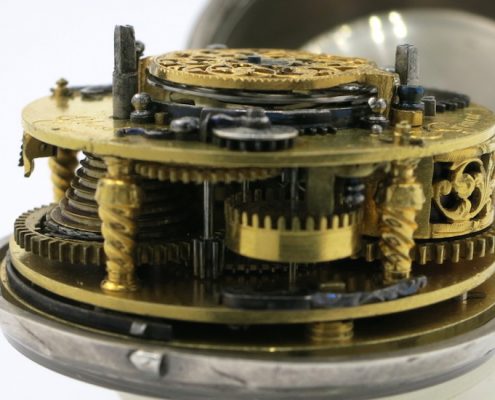 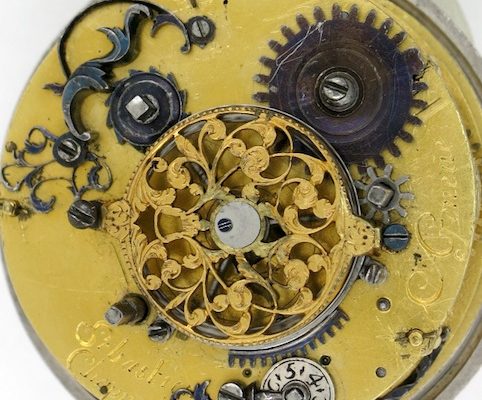 The movement is in fine condition. There is a mismatch to the two screws holding the balance bridge, one pillar top is absent and some light scratches, but generally fine. Running well and the alarm functioning correctly.

The dial plate is attached to the movement by 3 bayonet posts, which are locked in place by a steel lever. A very clever mechanism to allow the dial to be easily removed.

INNER CASE : Engraved and pierced silver, with mounted steel bell.
The band is beautifully engraved with hunting scenes, showing a hunter with horn, dogs, birds, a deer and rabbit.

Nice condition with just a little compression to the band. The Italian word ‘sveglia’ meaning ‘alarm’ is scratched next to the alarm winding aperture.
Later bow and high dome bull’s eye crystal, in fine cindition. The hinge is fine and the bezel closes correctly.
The bell, screwed to the inside is fine with no damage or repairs.

OUTER CASE : Later silver outer case (a little too big), with engraved bezel. A few light dents, but the catch, catch button, and hinge are fine and the bezel snaps shut correctly.

Sebastien Chappuis is listed in Geneva in 1664 and Constantinople in 1668.

Chappuis was a Geneva merchant, who had watches made by Geneva watchmakers for export to Turkey (a batch of 50 were documented in 1671). These makers included Abraham Arlaud and Anthoine Choudens. It is known that Chappuis had his own name put on these watches, so this watch may have been made by one of these or another Geneva maker, and then retailed by Chappuis. (Ref. www.horologie-suisse.com, December 2013)

The layout of the top plate dates this watch to about 1680. A very similar example, by Bernard Dominice of Geneva, is documented. (Ref. La Montre Francaise by Adolphe Chapiro, pp. 40)