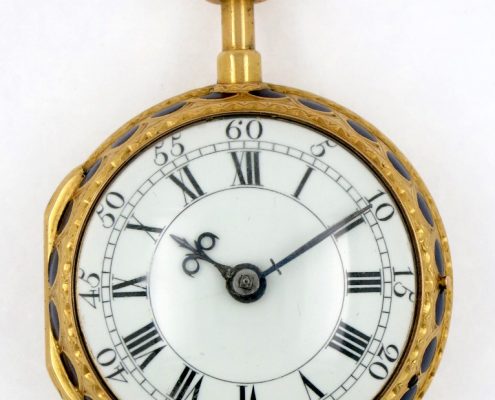 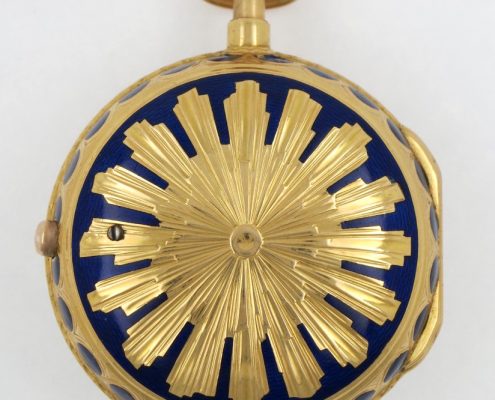 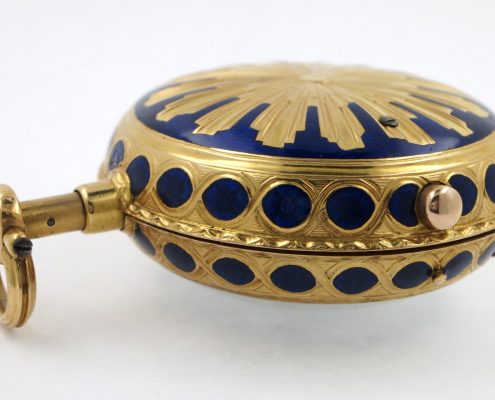 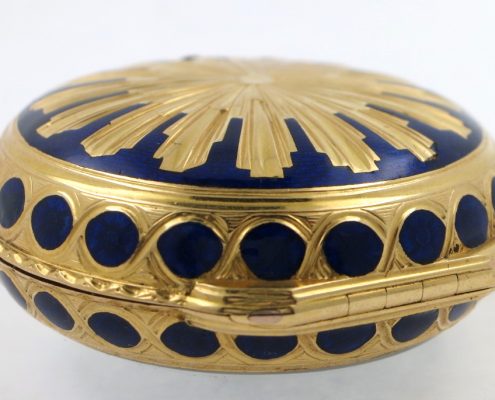 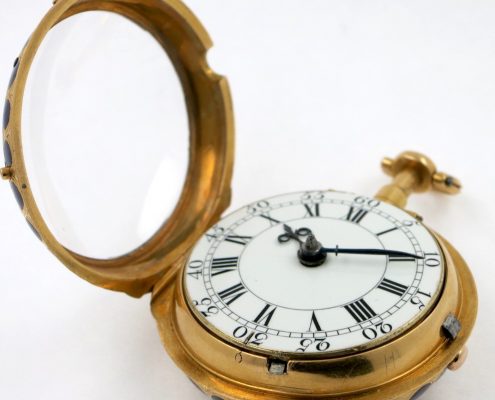 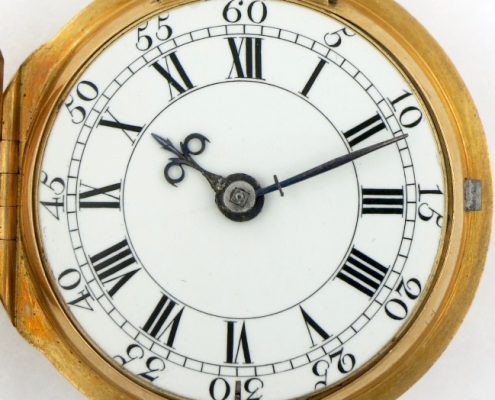 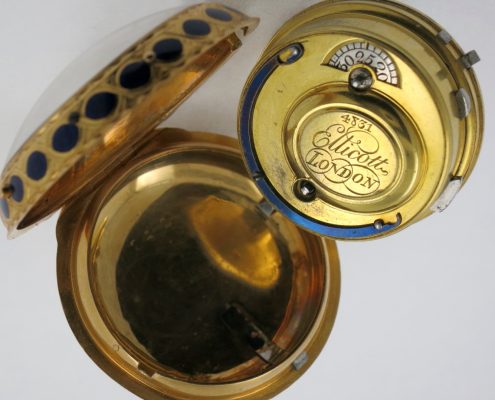 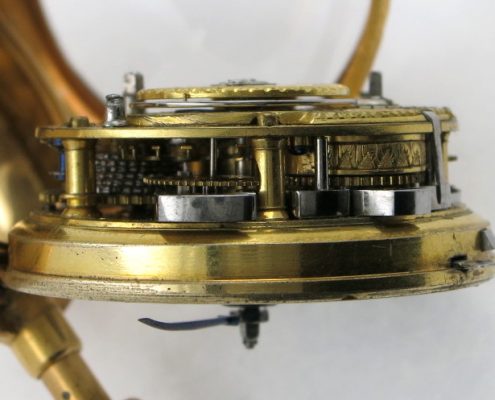 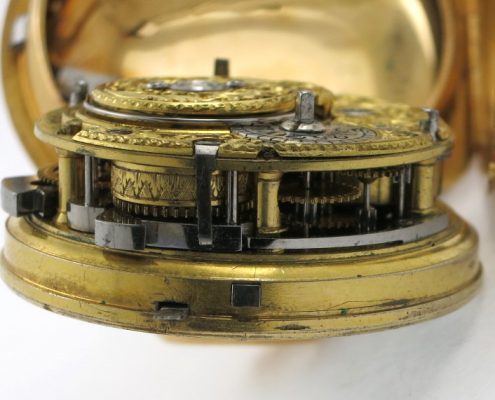 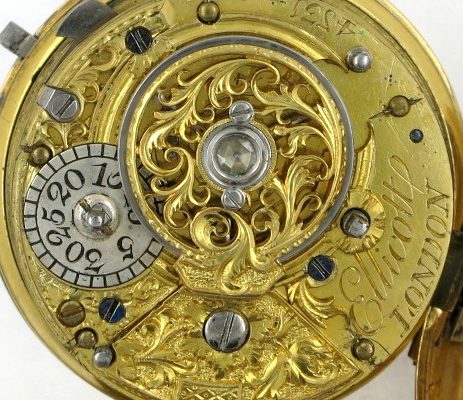 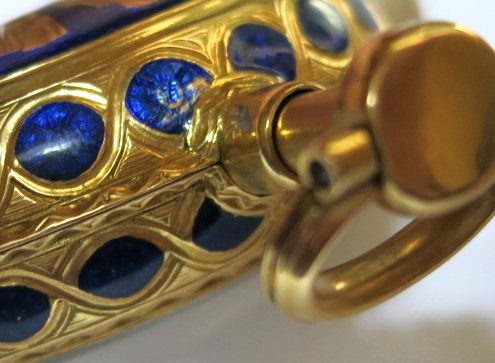 This is a very rare half quarter dumb repeater with cylinder movement by this famous London maker. In a fine, though later, gold and enamel case.

MOVEMENT : A good quality gilded cylinder repeating movement with engraved and pierced balance cock, large diamond endstone and blued screws. Signed (Ellicott, LONDON) and numbered (4831). The movement is protected by a removable gilt dustcap, signed and numbered as the movement.

The half/quarter repeating function is activated by pushing down the stem. The dumb repeater taps brass posts on the side of the case with one tap for each hour, a double tap for each quarter and a single for each half quarter (7 and a half minutes). A pulse piece, on the side of the case at 6, can be pressed when the repeat is activated, to disable the tap and vibrate instead (ie. silence the repeat).

The movement is in very good original condition and running well. The repeat function is also working correctly.

CASE : The wonderful gold case, with bright cut engraving and blue enamel, is in excellent condition throughout. It is not original to the movement but was certainly made (in France) specifically for this movement. The movement is swung out of the case by releasing a tiny catch through the dial at 6 (needs to be opened to wind the watch). All in very good condition, the only damage being a chip to the enamel of one of the round blue enamel pieces around the rim on the back (next to the stem – see 5th photo).

The serial number dates this movement to about 1760. The only marks on the case are a case serial number (842, rubbed) and a French gold mark on the stem. The case dates from the late 18th century, so was probably fitted not long after the movement was made.