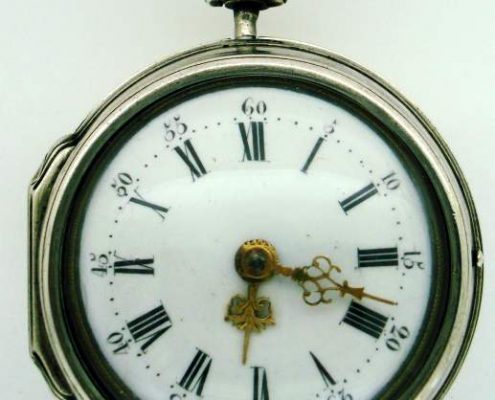 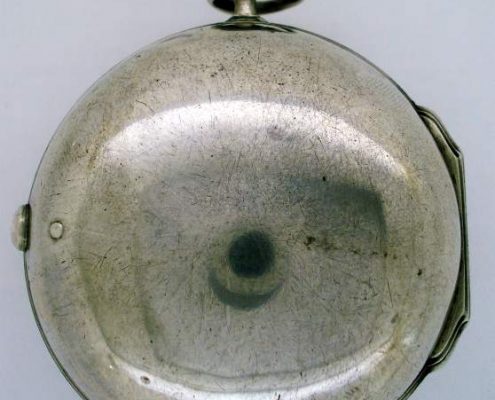 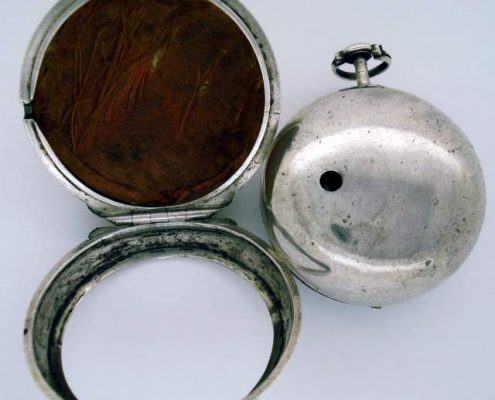 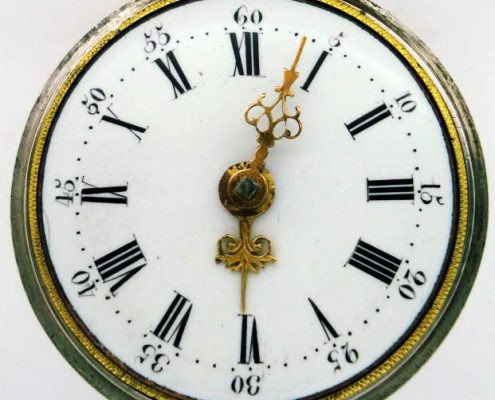 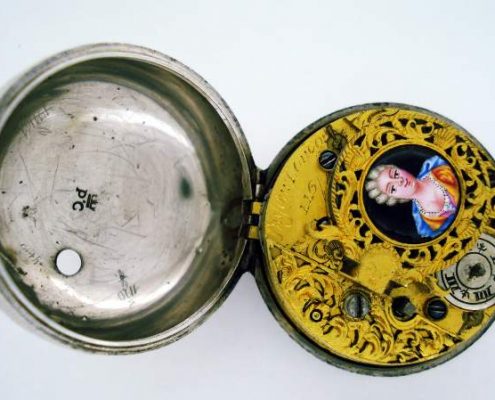 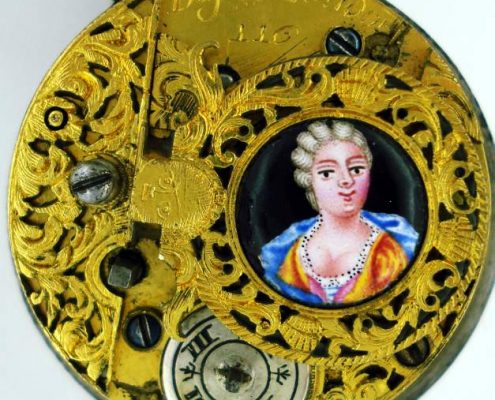 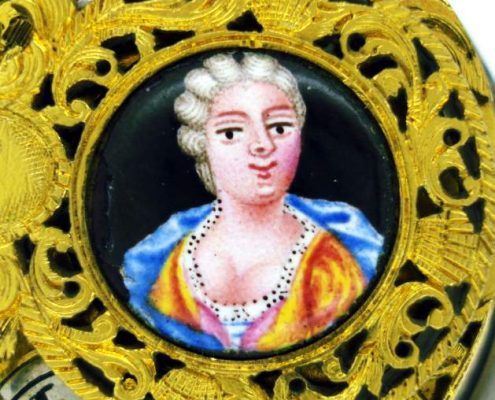 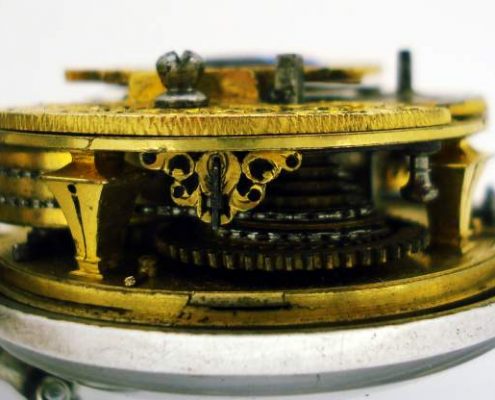 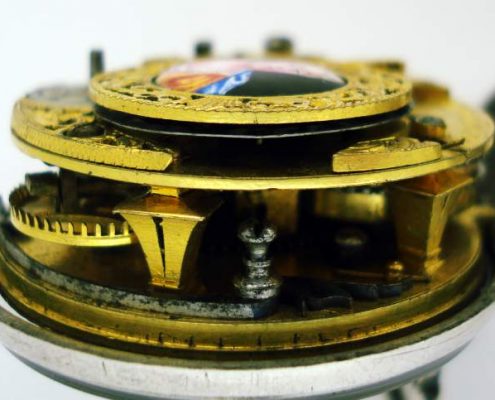 A rare example of an enamelled portrait balance.

MOVEMENT : Signed (Dufour, London) and numbered (116). Gilded verge movement with engraved and pierced balance cock with central enamel portrait plaque. There is a little damage to the enamel right on the left hand edge but otherwise fine and without restoration. Th movement is in good original condition, with gilding still bright, and running well.

DIAL : White enamel. A later, probably late 18th century dial, though the dial plate is probably original. There is a short hairline across the edge at 9 and one very light (almost invisible) hairline from the centre. The hour hand may be original but the minute is later.

OUTER CASE : Again no hallmarks. A few very light bruises on the back but generally in vey good condition. The hinge, catch and catch button are all fine.