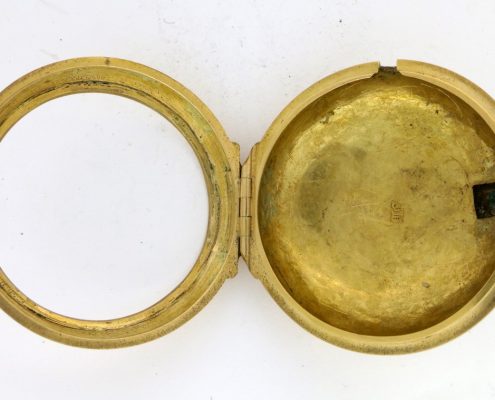 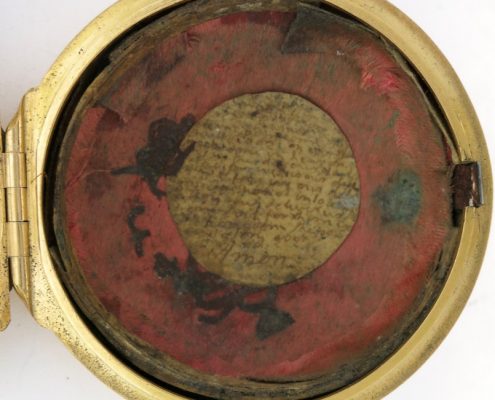 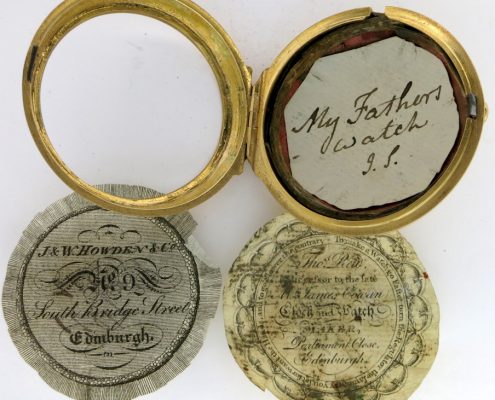 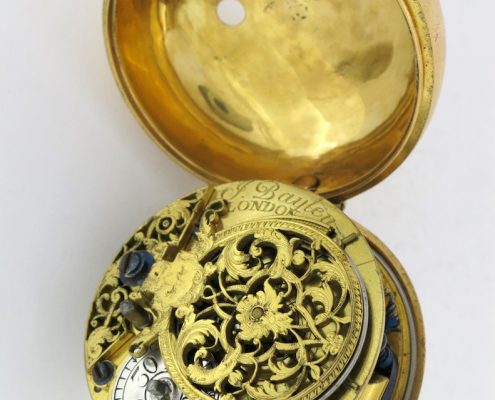 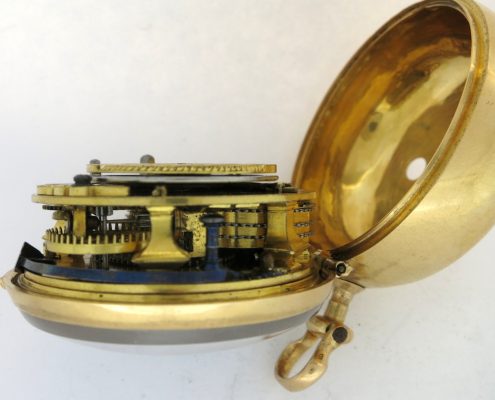 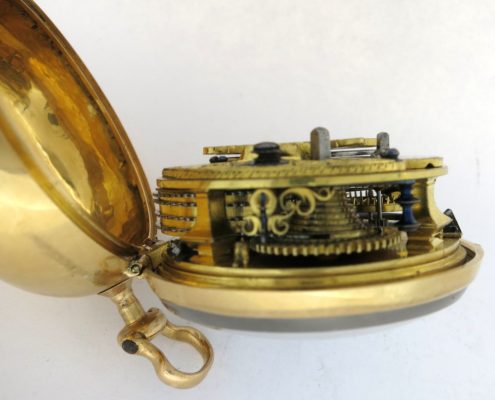 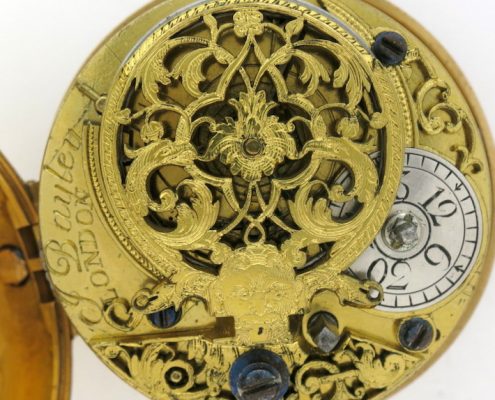 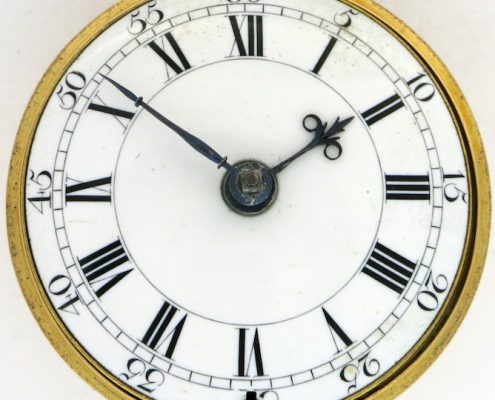 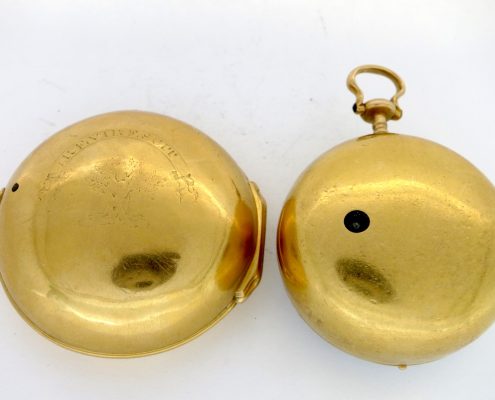 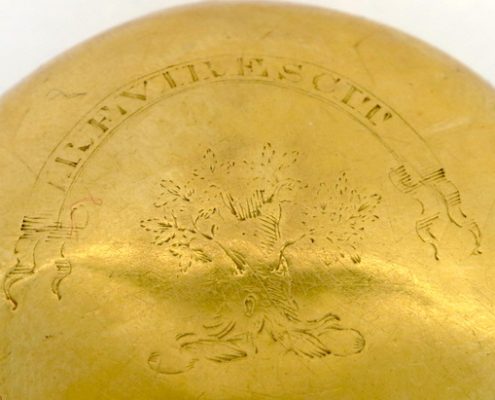 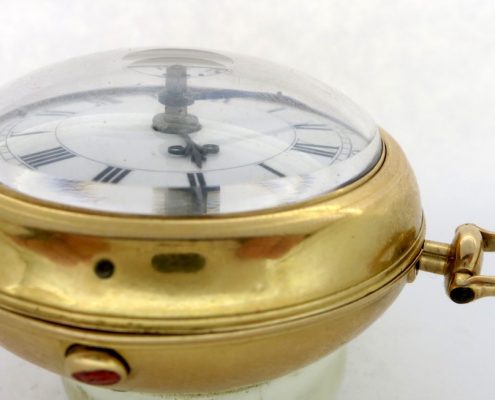 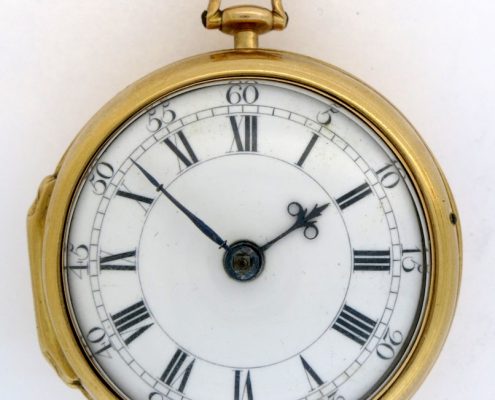 All in good original condition, with very little wear, and running well. The only damage is to the gilt stop work bracket in front of the fusee, where a small piece from the left hand side is missing.

This is probably a replacement dial as most watches of this period were made with gold or silver champleve dials. During the late 18th century many champleve dials were replaced with more up to date enamels.

All in very good condition, with just some light scratches to the band. The hinge is fine and the bezel closes correctly.

There are no dents or damage, though a little wear to the engraving.

The hinge and catch are fine though the catch button has worn through, showing the red wax infill. The bezel snaps shut nicely.

A very small, handwritten, copy of the Lord’s Prayer.

Thomas Reid of Edinburgh, dated 1794 (very early for a paper).

Provenance :
This watch is from the Forbes family of Pitslogo and Fettercairn (Fettercairn House, Kincardineshire).

The arms engraved on the outer case are those of Belsches of Tofts (this family also owned the Fettercairn estate, from 1783).

Also a Jacobite symbol. The oak was an ancient Stuart badge and an emblem of· the Stuart Restoration. Charles II hid in an oak during the English Civil War, and in 1660 he wore oak leaves as he returned from· exile in France to assume the throne. Frequently with the motto “Revirescit” (it revives, it grows green again, it shoots again) the oak is a symbol of restoration and regeneration.