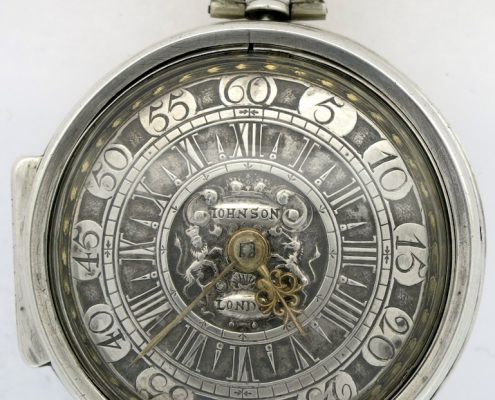 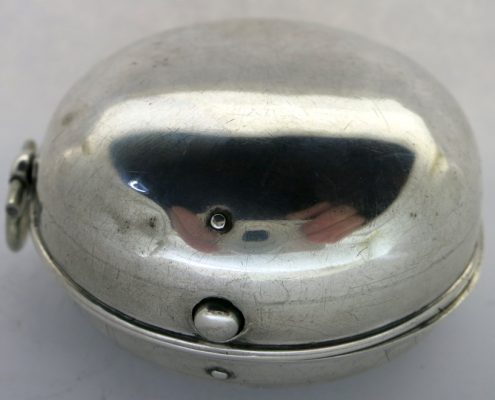 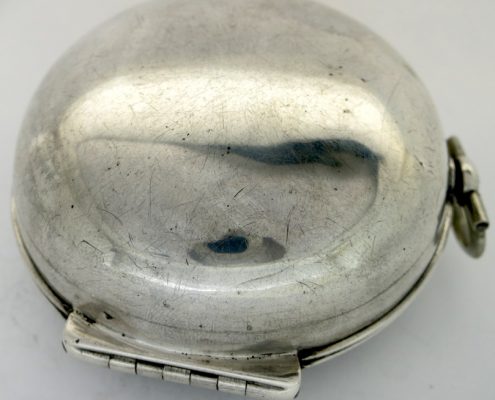 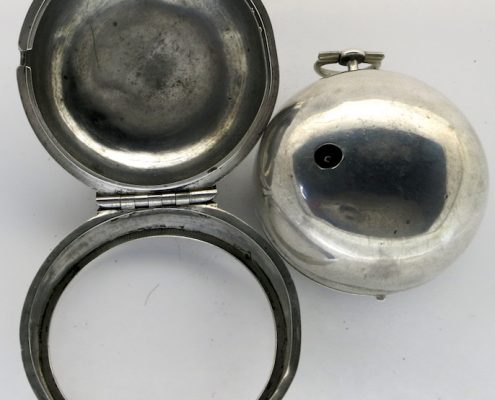 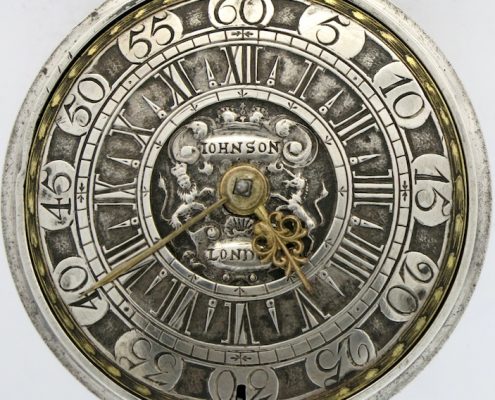 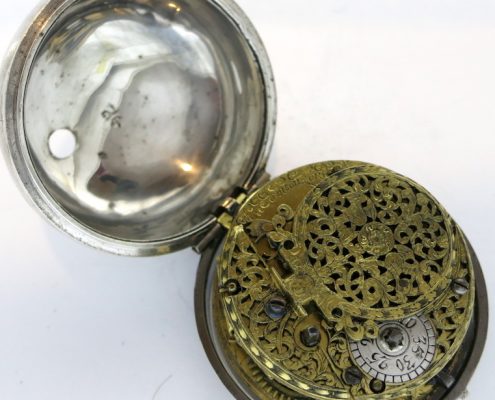 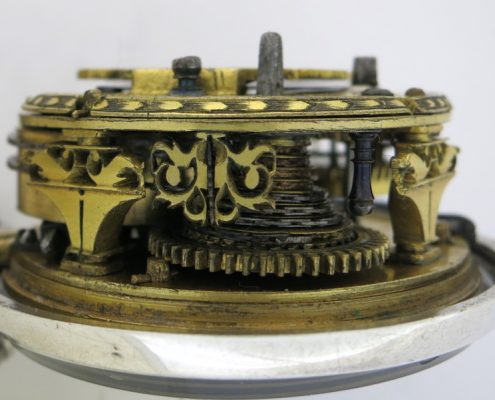 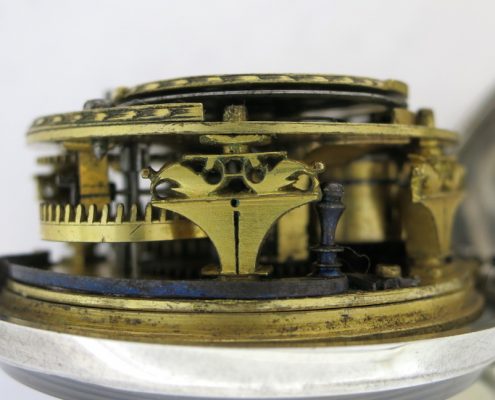 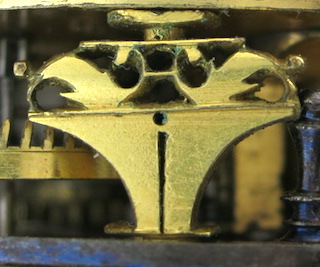 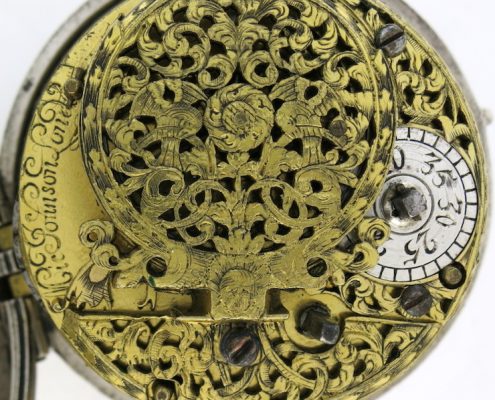 The fusee chain is very thick with large links, so is very early and could be the original.

All in excellent condition and running well.

INNER CASE : Silver, with maker’s mark TG under a coronet. In very good condition, with just some slight compression. The hinge is fine and the bezel snaps shut correctly. The high dome crystal has one small chip right on the edge at 4, but otherwise fine. The bow is probably a later replacement.

OUTER CASE : Silver, with no maker’s marks. The silver is in good condition with just a couple of small dents. The very large square hinge, catch and catch button are fine and the case closes correctly.

The Royal coat of arms on this watch is not uncommon for watches of this period. When William of Orange and Queen Mary came to the throne in 1689 it became important for English craftsmen (and their customers) to demonstrate their loyalty to the crown. This period of uncertainty lasted until after the Jacobite rebellions and Queen Anne inherited the throne in 1702.