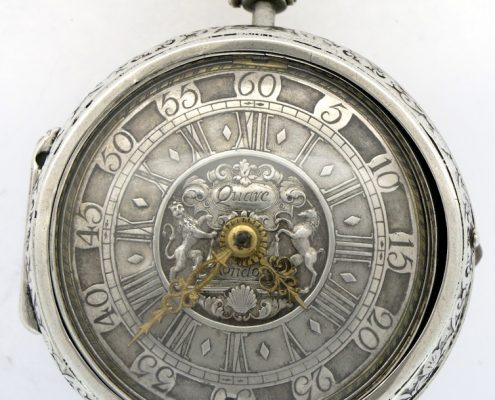 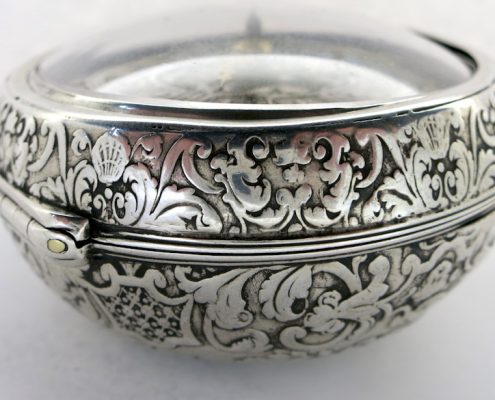 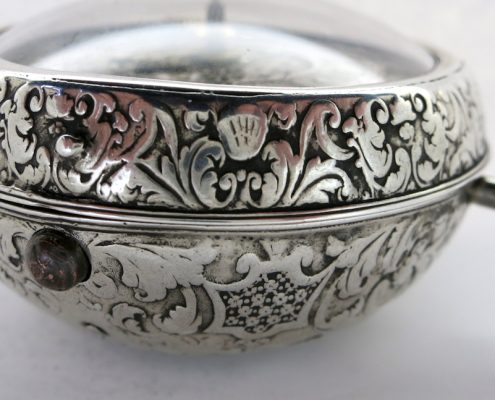 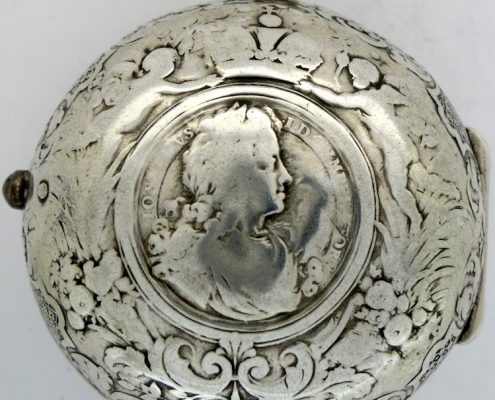 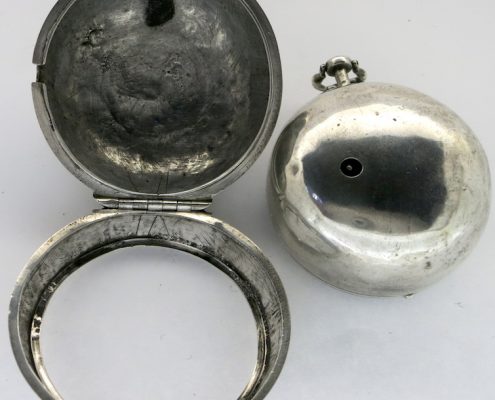 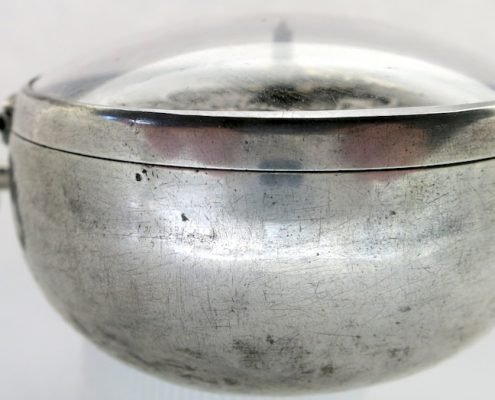 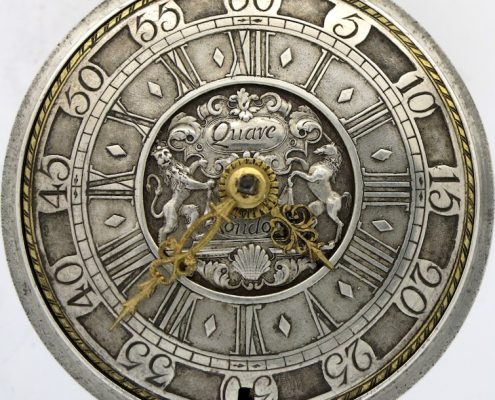 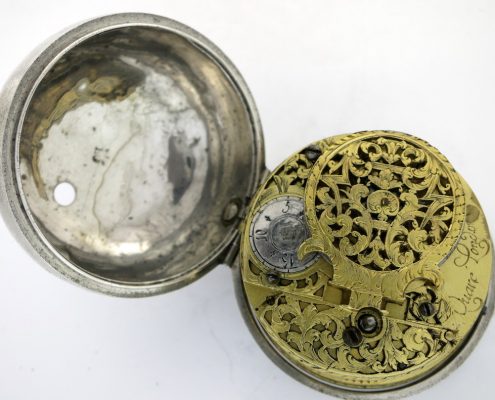 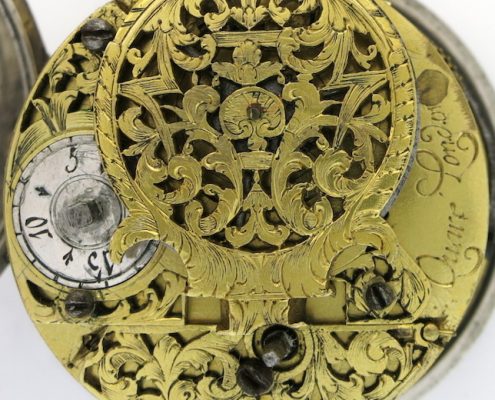 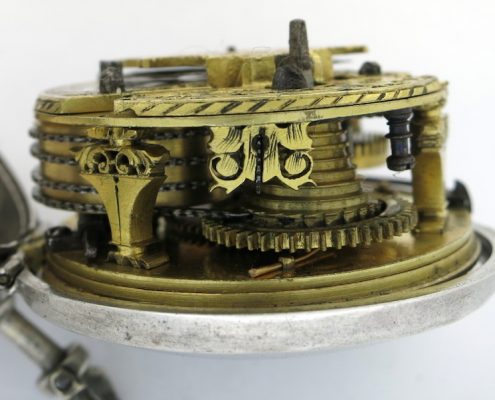 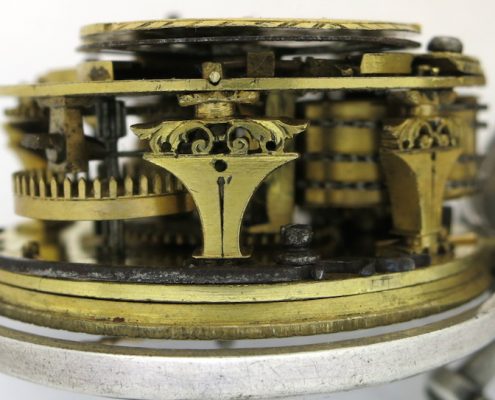 In good condition, and running well.

INNER CASE : Silver, with makers mark EG under a crown. In good condition, though the bow has an old repair. The hinge is fine and the bezel snaps shut correctly. The high dome crystal is also fine.

OUTER CASE : Silver, with repousse decoration including a bust of Joseph I (Holy Roman Emperor of Austria, from 1705 until 1711). Engraved ‘JOSEPHUS I.D.G. IMPERAROR’

The repousse work is a little worn, but the hinge is fine. The catch button is a replacement, but the catch is complete.

The case is slightly too big for the inner, so is a replacement and probably about 20 years later than the watch.

The Royal coat of arms on this watch is not uncommon for watches of this period. When William of Orange and Queen Mary came to the throne in 1689 it became very important for English craftsmen (and their customers) to demonstrate their loyalty to the crown. This period of uncertainty lasted until after the Jacobite rebellions and Queen Anne inherited the throne in 1702.

During the War of Spanish Succession (1701-14), William allied with Holland and Austria, which might explain why the Quare watch ended up with a case showing the Emperor of Austria.