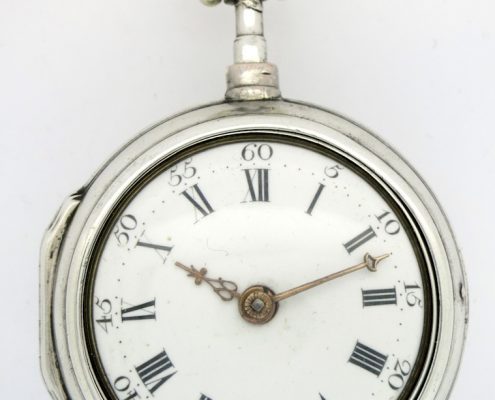 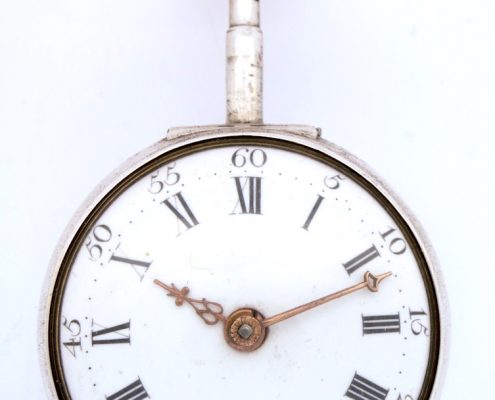 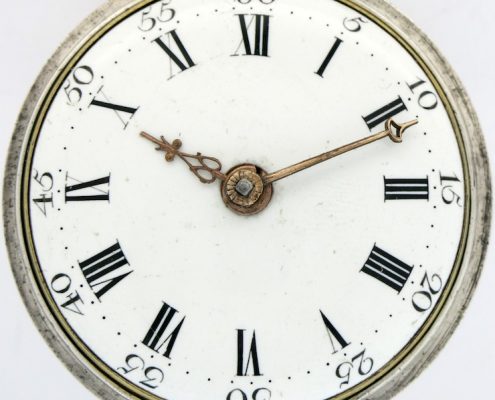 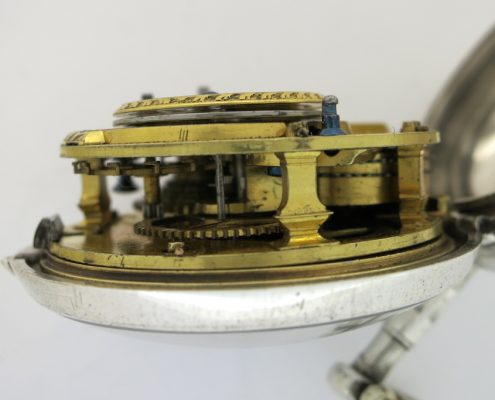 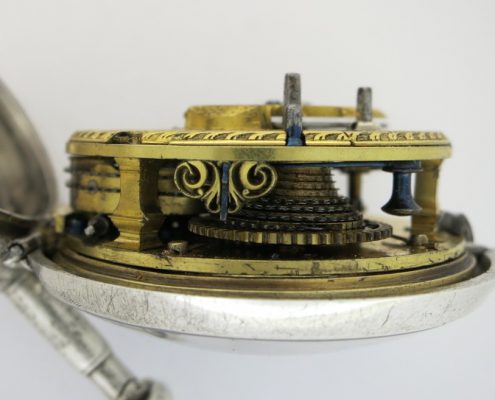 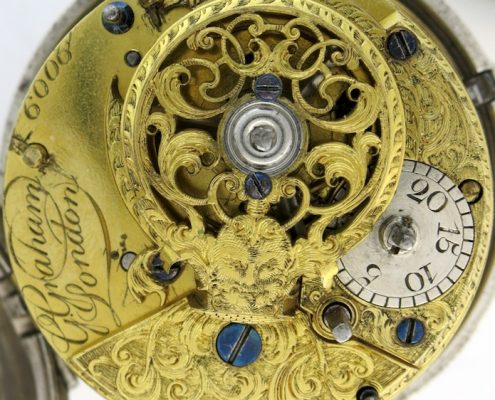 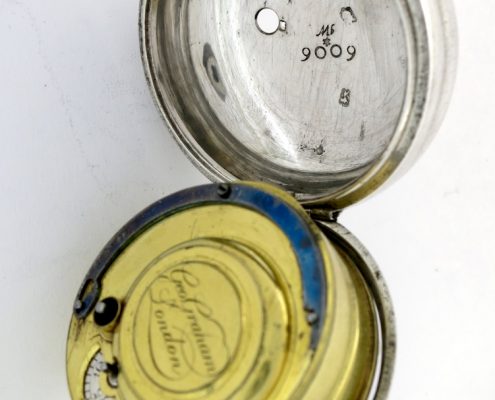 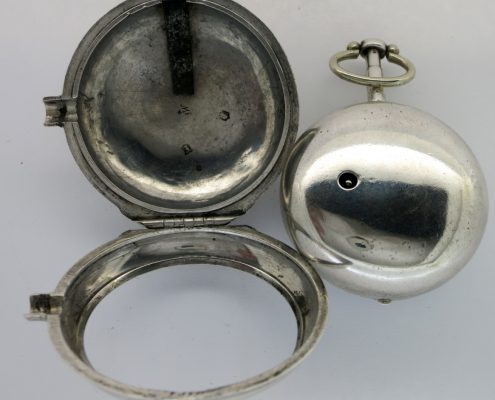 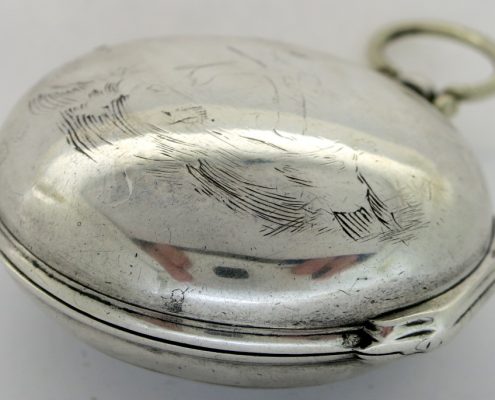 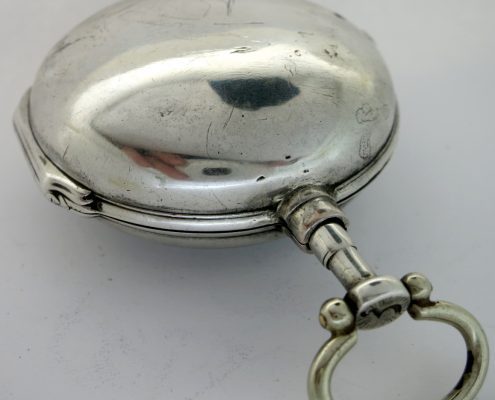 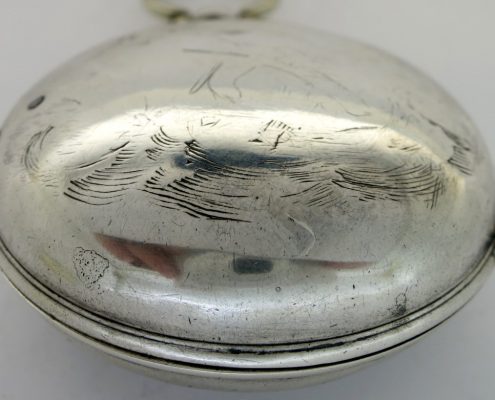 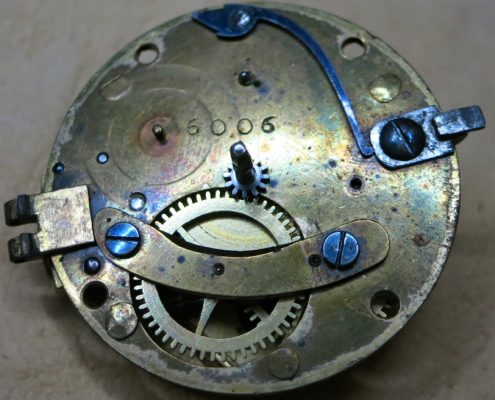 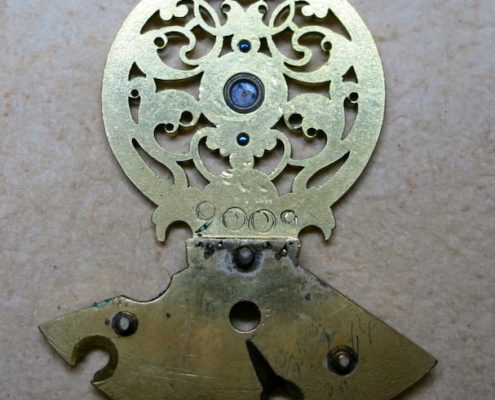 A fine cylinder watch, by the great George Graham, in original silver pair cases, but with later dial.

MOVEMENT : Gilt cylinder movement, signed (G. Graham) and numbered (6006). Diamond endstone and signed removable gilt brass dustcap. The dial plate and underside of the balance cock foot are engraved with this serial number which is also scratched onto the inside of the dustcap.

All in good original condition and running well.

DIAL : White enamel dial. A few small surface chips (mainly around the centre hole) but otherwise in good condition.
This dial, with the dial false plate (and hands), are later replacements. The dial appears to be from the third quarter of the 18th century.

INNER CASE : Silver, hallmarked for London, 1741, with maker’s mark JW. The case is also stamped with the movement number (6006).

In excellent condition, though there appears to be an old repair to the top of the stem (could be a replacement). The high dome crystal is fine.

OUTER CASE : Good heavy silver case, with matching hallmarks and maker’s mark to the inner. The hinge, catch and catch button are fine, and the bezel snaps shut. Some very light bruises on the back, and some engraving which is now worn so is difficult to identify.

The case maker’s mark is that of John Ward, Graham’s principal case maker, who became a Freeman in the Clockmakers’ Company in 1730 and registered his mark at the Goldsmiths’ Hall in June of that year.

All of Graham’s verge movements are signed ‘Geo. Graham’, but some of the cylinders (as this one) are signed ‘G. Graham’. The cylinders tend to be smaller movements, so it is probable that this abbreviation was to allow the name to fit between the balance cock and pillar top.