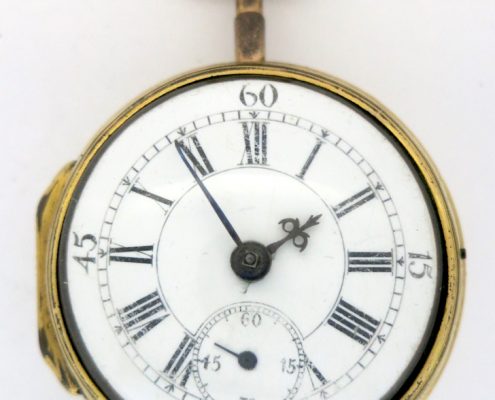 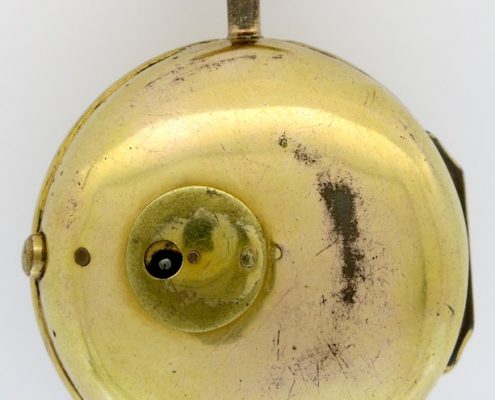 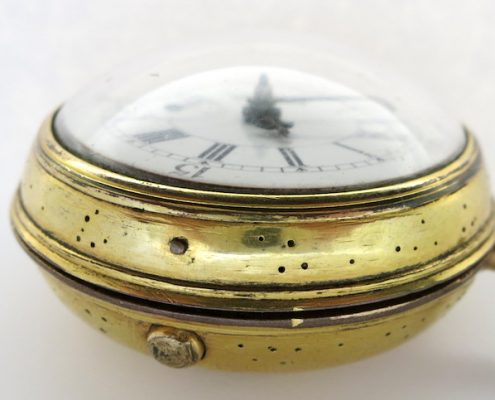 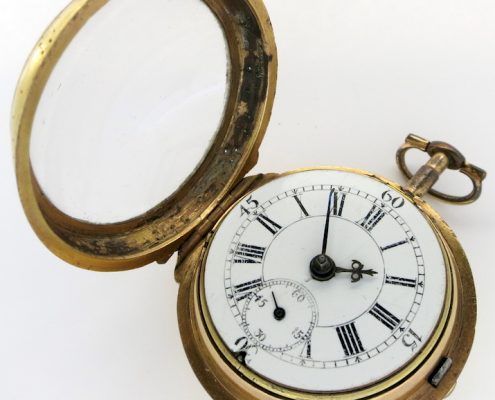 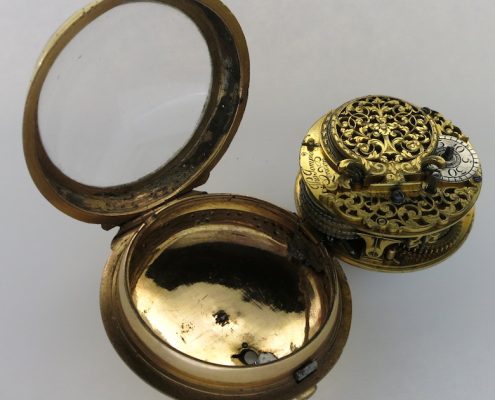 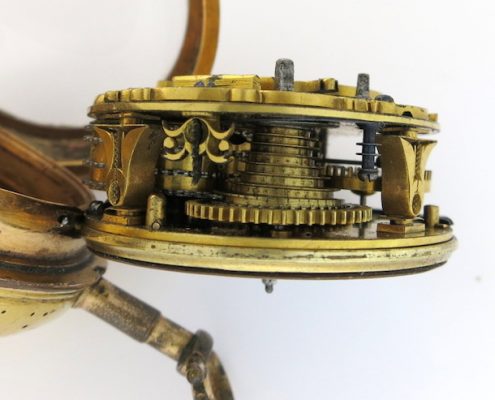 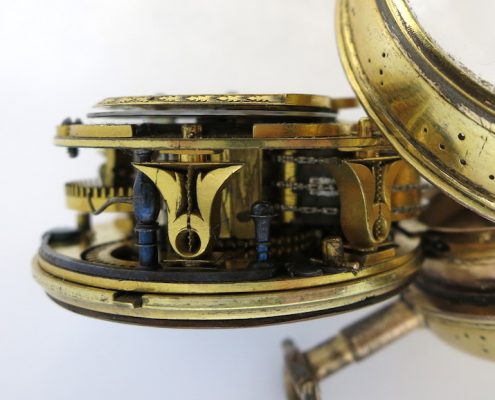 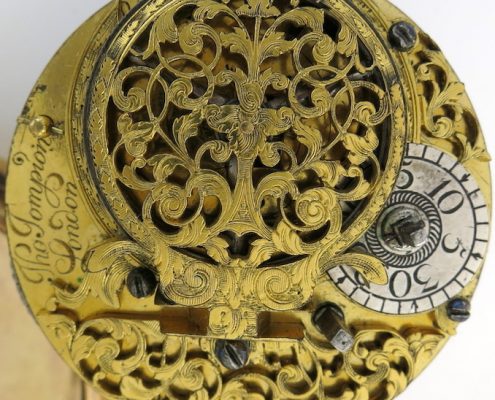 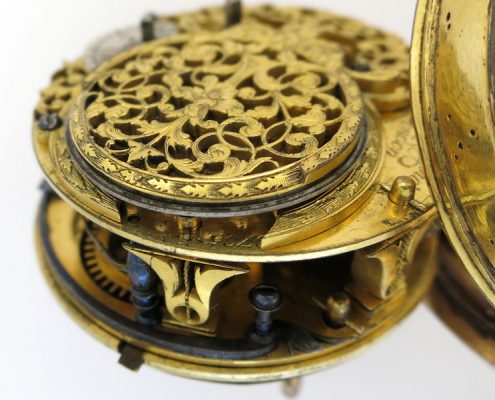 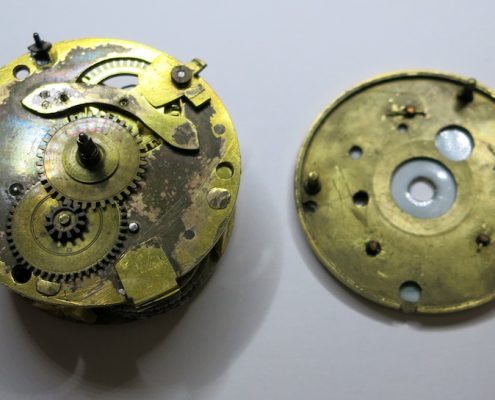 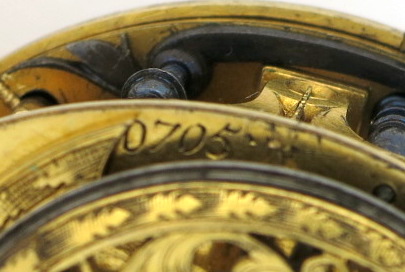 The numbering system used by Tompion translates the serial number to 1705 and this dates it reasonably precisely to 1693. The dial plate is also stamped with the movement number (705) and another mark (75 over W) which is probably a workman’s number.

The seconds hand is attached directly from the contrate wheel. To achieve this, the movement has a different train count to a normal verge.

The stop work consists of a lever on the edge of the dial at 8, which rotates a blued steel stop arbor, causing a brass pin to jam the contrate wheel and stop the movement.

Fine condition throughout, and running well.

DIAL : Later white enamel dial. No repairs but surface scratches and small chips around the opening catch at 6. The hour hand is early, but the minute and seconds hands are later.

There are no additional holes to the dial plate, so the dial and false plate were probably made specially for this movement.

CASE : Gilt brass, with obscured maker’s mark in the centre.

In good condition, though it would originally have had a shagreen or horn covering (pin holes now showing on the bezel and rim). The stem has been reattached and with the bow is probably later.

There is just a little wear to the gilding on the stem and bow, and on the back. The hinge is fine and the bezel snaps shut. The high dome crystal is also fine.

Only about a dozen Tompion seconds watches have been recorded. This one, although having a later dial, has a particularly well preserved movement.