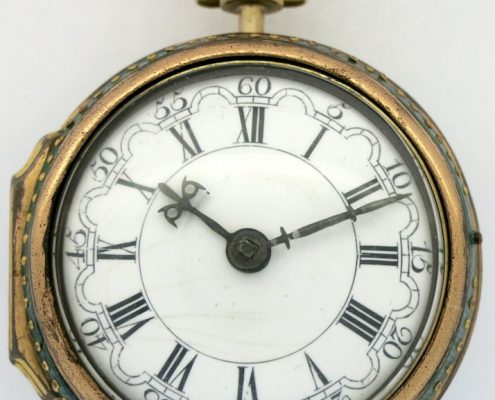 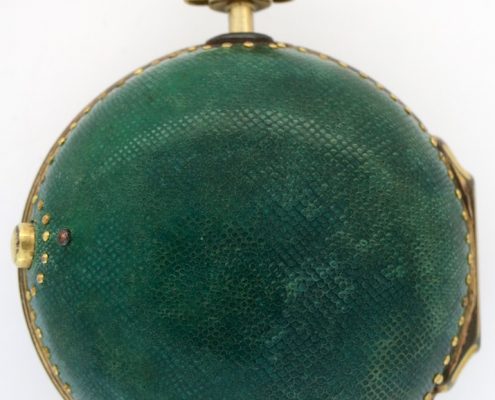 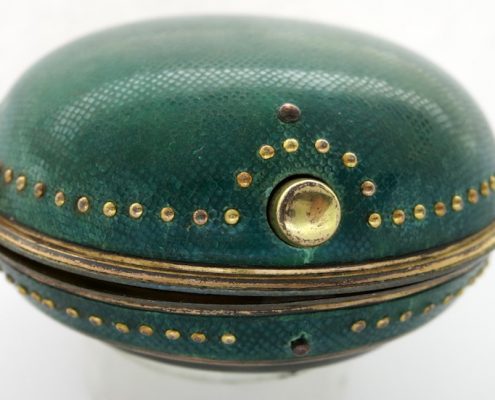 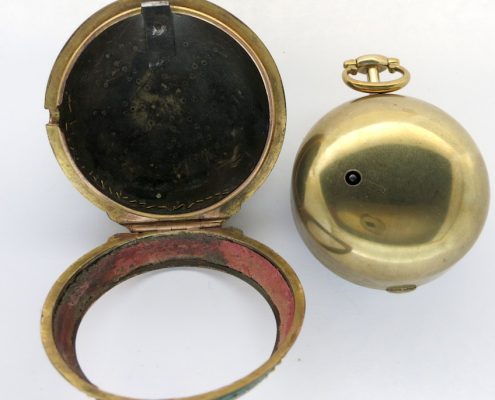 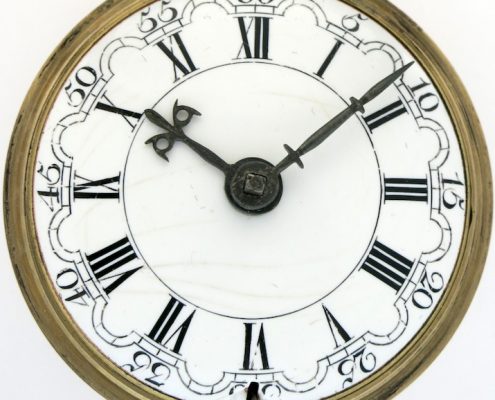 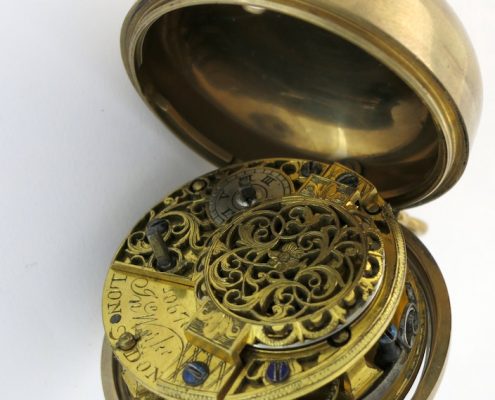 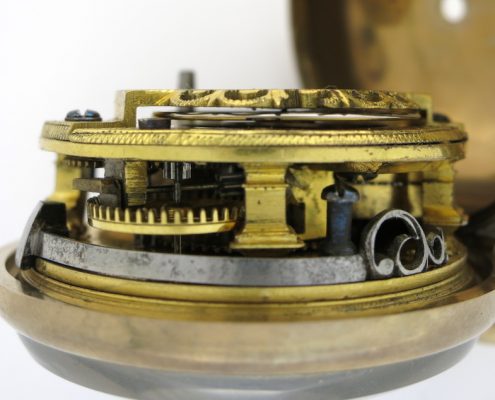 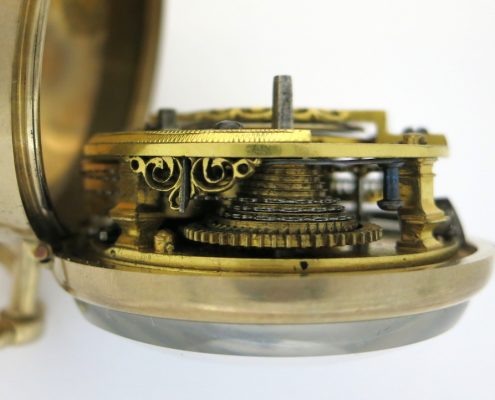 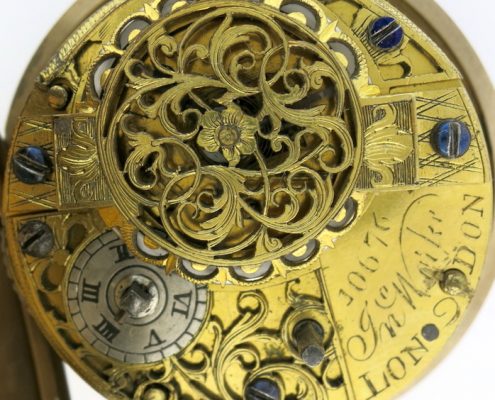 Engraved and pierced plate and balance bridge, with lace edging, indicative of a short period between 1760 and 1770. Four square pillars.

All in fine condition, with just a small piece of the ornamental stop work bracket missing. Running well.

DIAL : White enamel dial, in quite good condition, with no repairs but some light surface scratches, small chips around the catch at 6, and several light hairlines running across the centre. Nice early steel beetle and poker hands.

I believe that this is a relatively recent case, made specifically for this watch.

OUTER CASE : Gilt and shagreen. In wonderful condition, with just one of the small gilt pins missing. May have been restored, but if so, then beautifully done.

However Worke is a name commonly used to sign watches made on the Continent during the mid 18th century. These are usually marked ‘London’ but were probably made in Holland or Switzerland. So this watch could be Continental, though the movement is of a higher qualirty that those usuially found with the Continental watches.