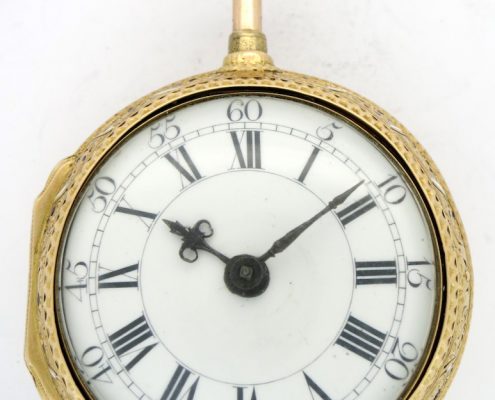 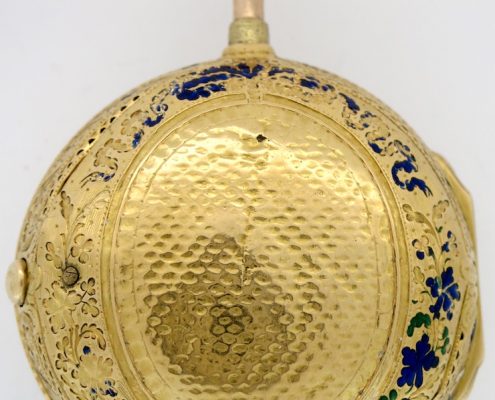 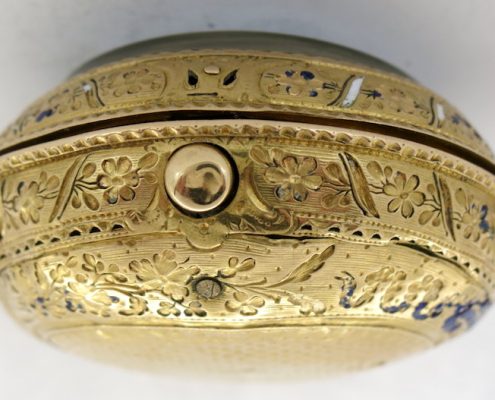 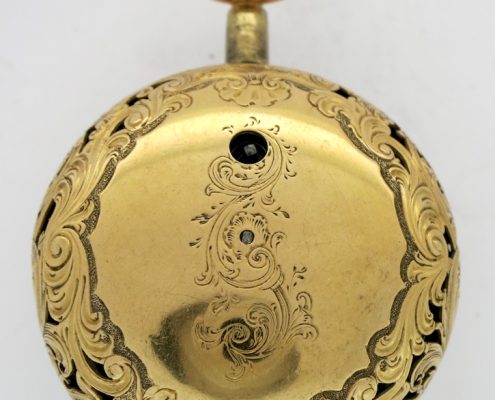 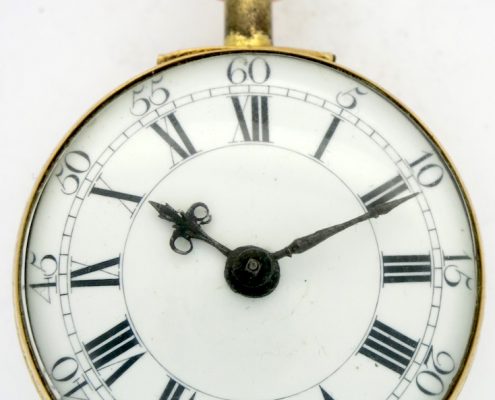 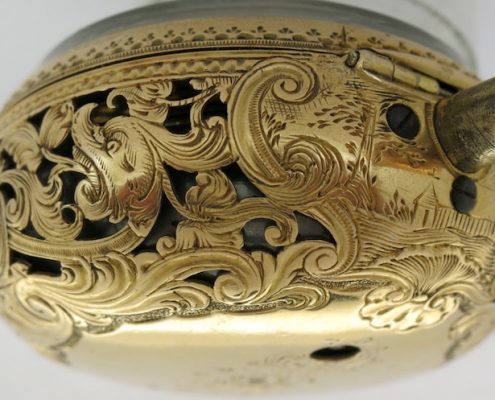 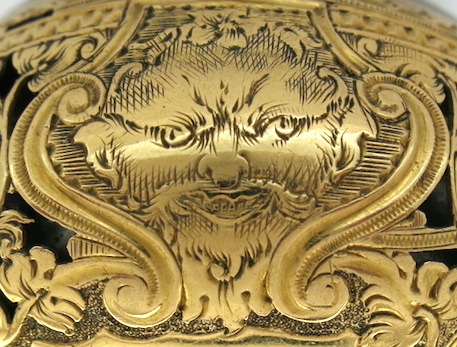 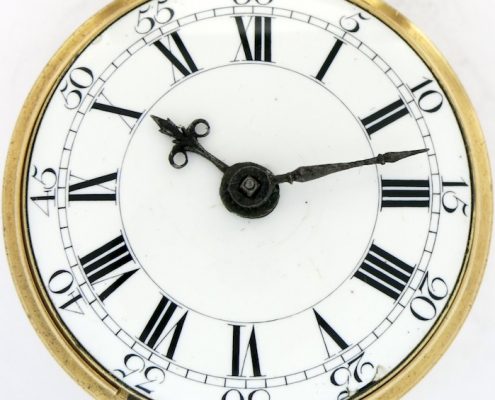 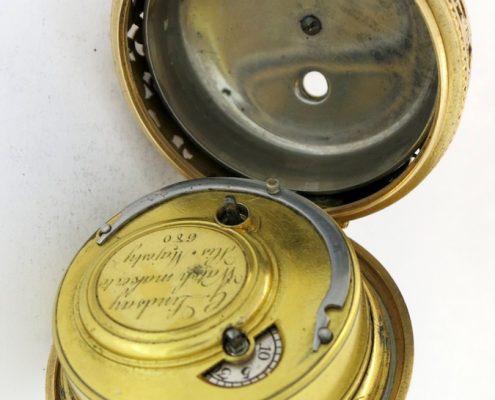 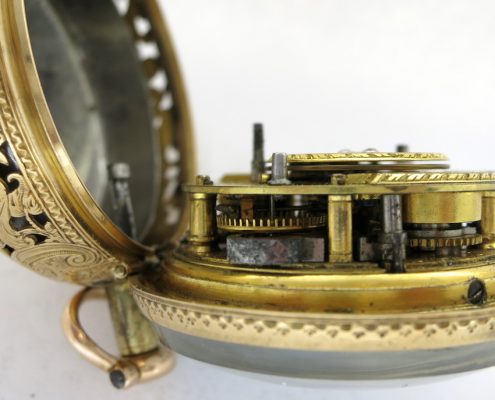 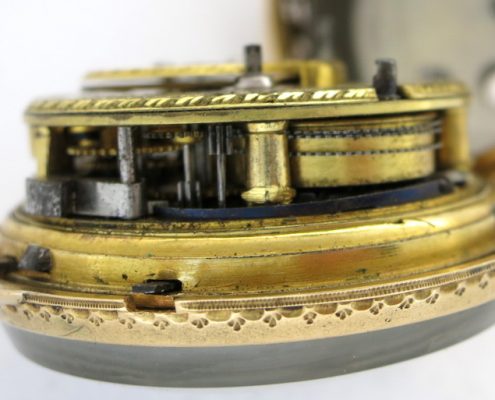 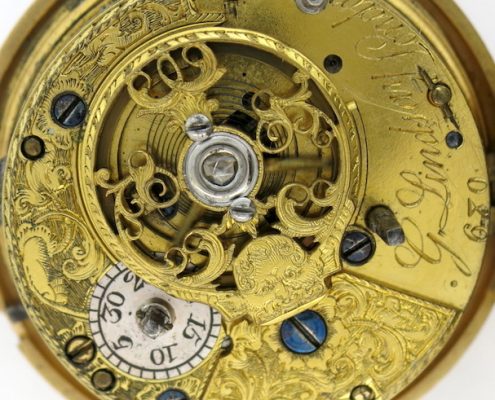 An excellent quality verge repeater, in gold pair cases, by the Watchmaker to George III.

Protected by a removable signed gilt dustcap which is also signed (G. Lindsay, Watchmaker to His Majesty) and numbered as the movement (680). All in very good condition, with just some small scratches to the dustcap. Running and repeating correctly.

INNER CASE : 22ct gold, with no hallmarks but maker’s mark MF under the bell. Beautifully pierced and engraved throughout. Very good condition. The high dome, bull’s eye, crystal is fine and the bezel snaps shut correctly.

The case maker’s mark MF is probably for Michael Ferron who is listed at Church St., Soho, London from 1769.

OUTER CASE : 22ct gold, again with no hallmarks. The catch and hinge are fine and the bezel snaps shut though gapes a little. The small button on the bezel at 7 allows the pulse lever on the inner case to be pressed.

This case is pierced and engraved, and was originally decorated with blue, green and white enamel, most of which has worn off. On the inside there is a brass disk which has been added, presumably to strengthen the case. There are a few light bruises to the gold, but generally in good condition. The appearance may be improved if the remaining enamel was removed.

He was Watchmaker to George III.