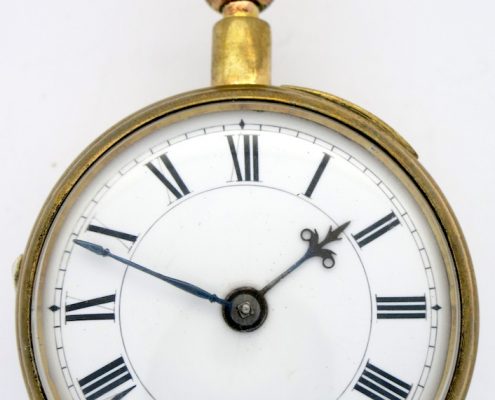 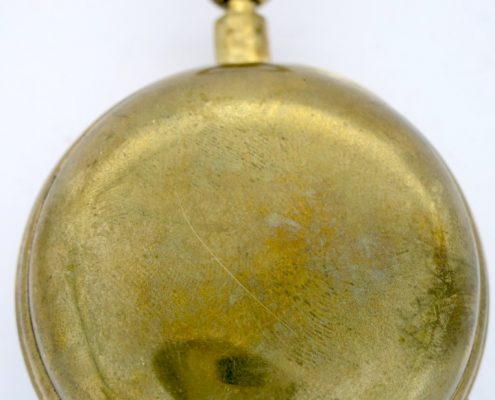 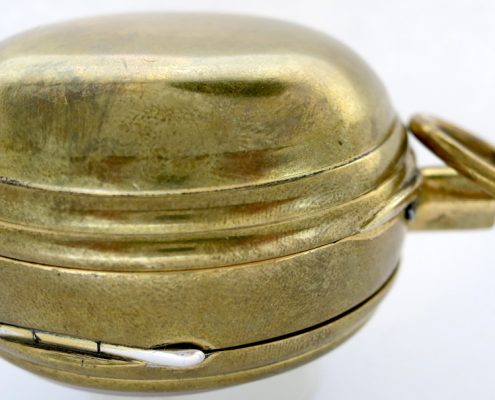 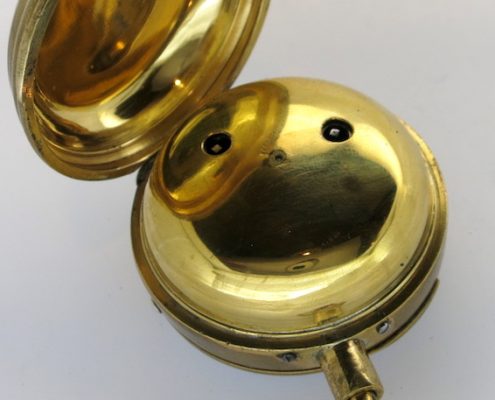 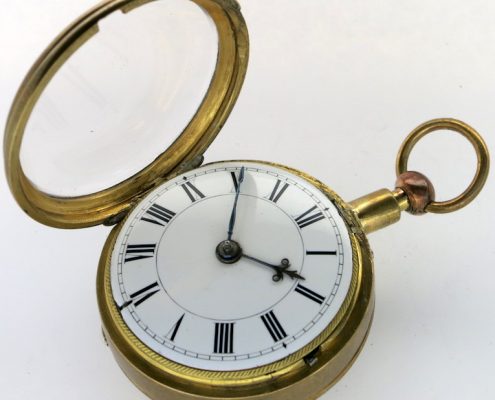 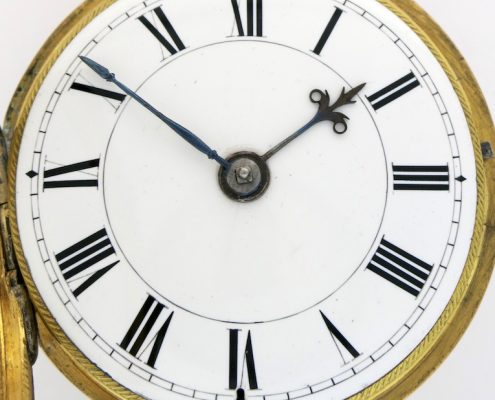 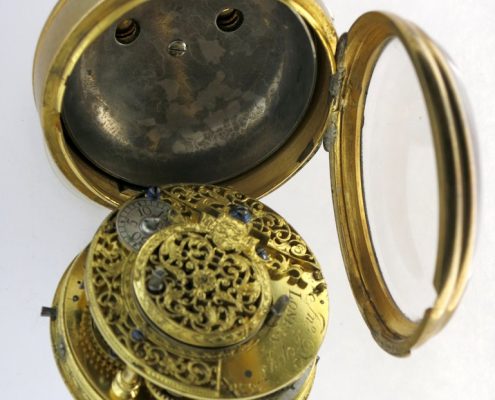 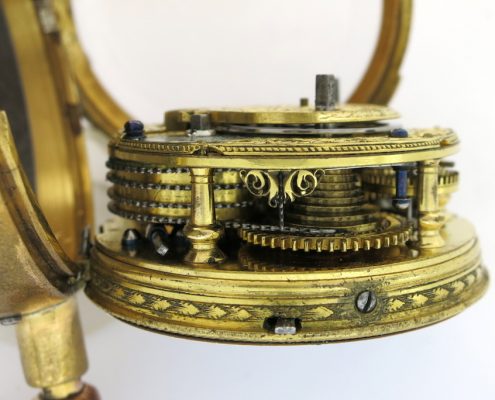 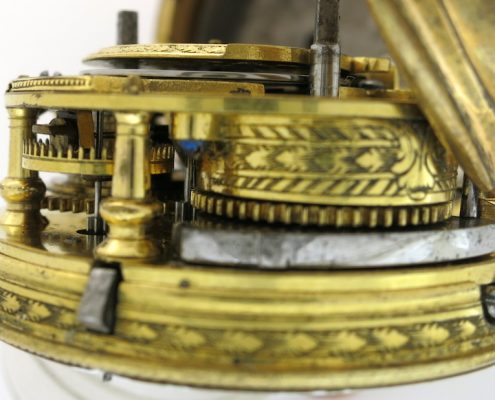 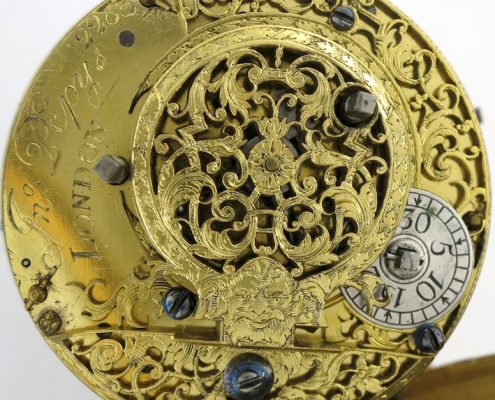 Two winding arbors. One through the balance cock which winds the fusee, and the other winds the strike barrel.

On the passing hour the hammer correctly strikes the bell (inner case) for each hour. The stem can be pressed at any time to restrike the last hour.

DIAL : Later white enamel dial, in very good condition with just a tiny chip on the edge at 12, another at the catch at 6 and a short scratch around the centre aperture. Blued steel beetle and poker hands in fine condition, though the minute is a later replacement.

CASE : Very heavy gilded brass in excellent condition. The hinges, catch and crystal are fine and both covers close correctly.

The dial and case are both early 19th century so were probably fitted to the movement at the same time. The movement is a perfect fit for the case, so the case was probably made specially for the movement. The bell is possibly original.