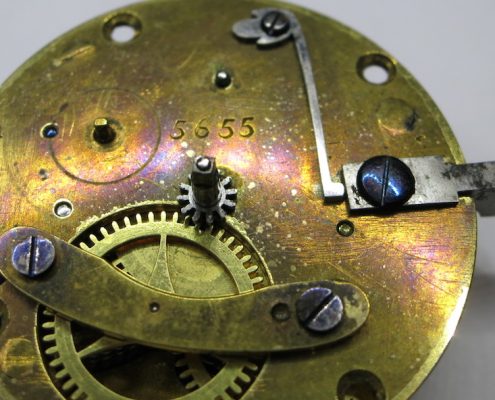 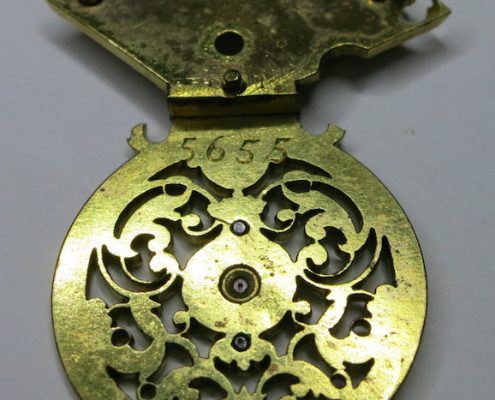 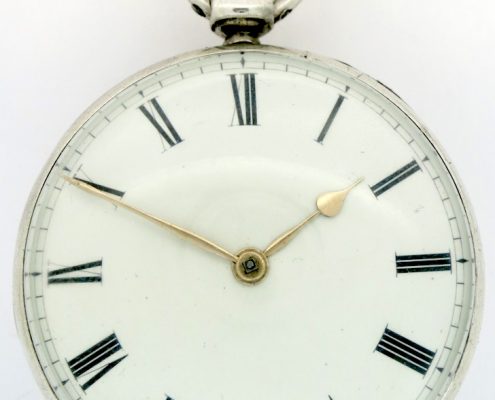 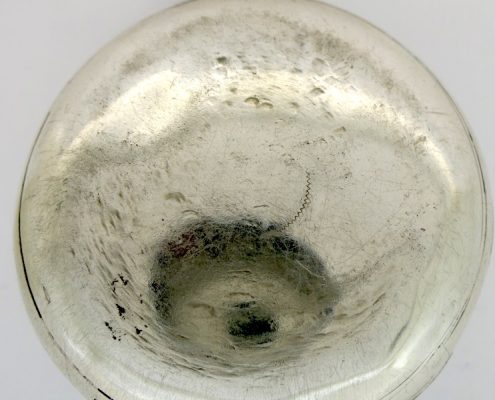 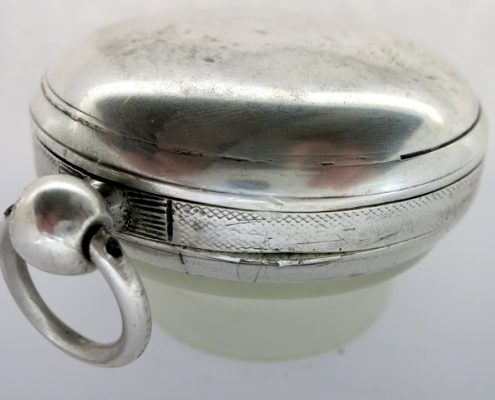 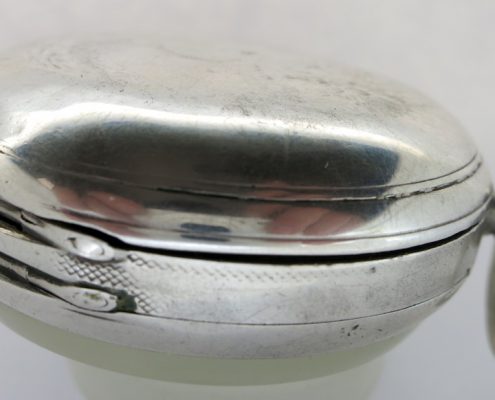 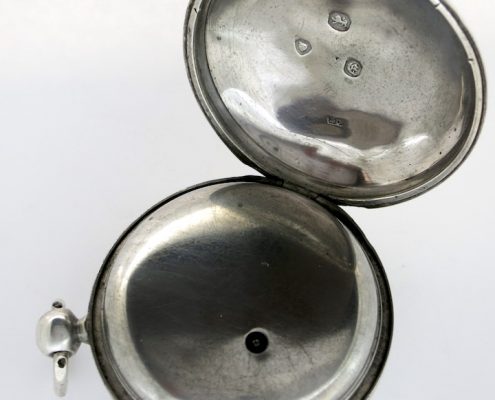 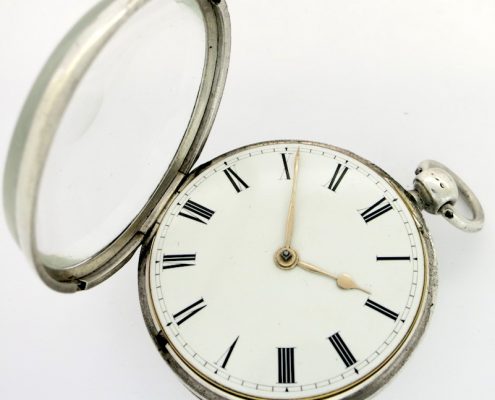 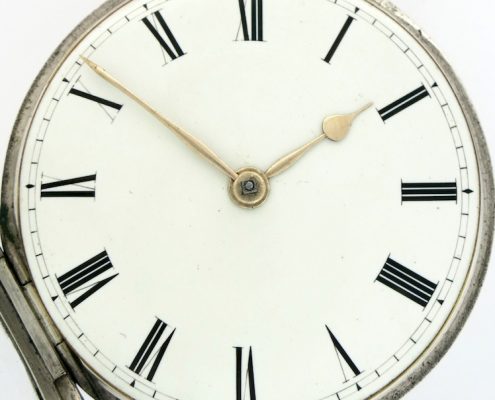 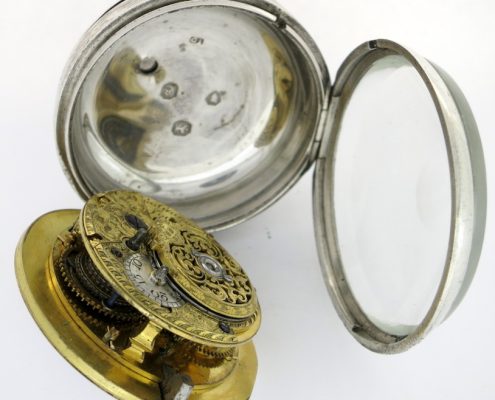 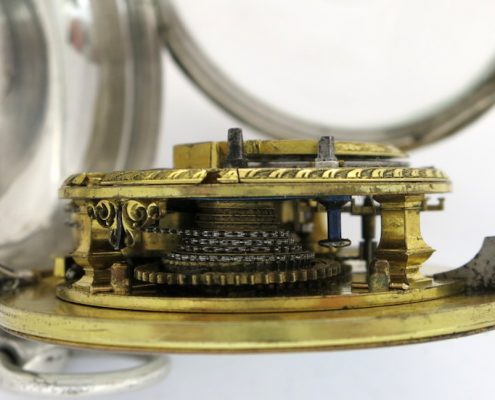 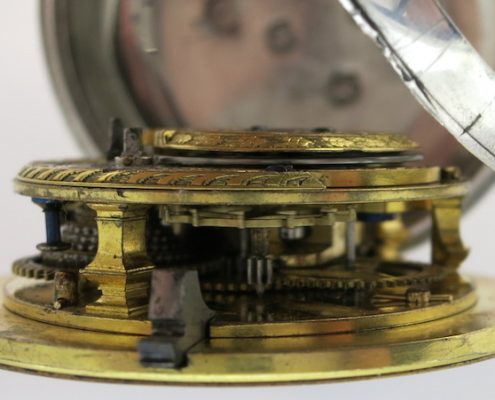 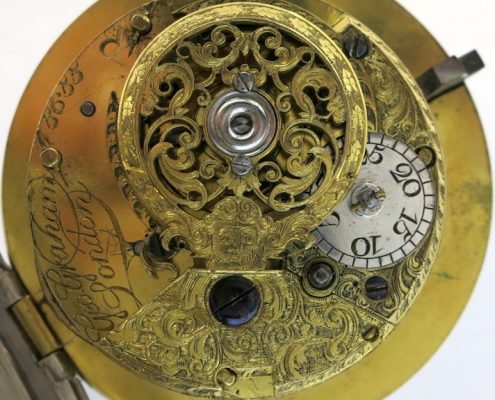 A fine cylinder movement, by the great George Graham, in a later silver case.

MOVEMENT : Gilt cylinder movement, fully signed and numbered (5655). Diamond endstone and 4 square pillars. The dial plate and underside of the balance cock foot are also engraved with this serial number (5655) which is a feature of George Graham watches.

There are a few scratches around the pillar tops, but generally all in good original condition and running well. There are 2 holes on the edge of the top plate which would originally have held the steel bayonet posts used to attach a dustcap. The dustcap is now absent.

DIAL : Fine white enamel dial in perfect condition. This dial was probably added when the movement was recased in 1840. Nice matching gilt hands.

CASE : Silver case, with London hallmarks for 1840. Maker’s mark ID. There are a few light bruises to the covers and wear to the original engine turned engraving (band and back). The hinges are a little worn but both covers snap shut.

The silver case (with the dial) was probably made specially for this movement, over 100 years afte

r the watch was originally made.

The serial number of the movement dates it to about 1735, by which time George Graham had switched from verge to cylinder movements.