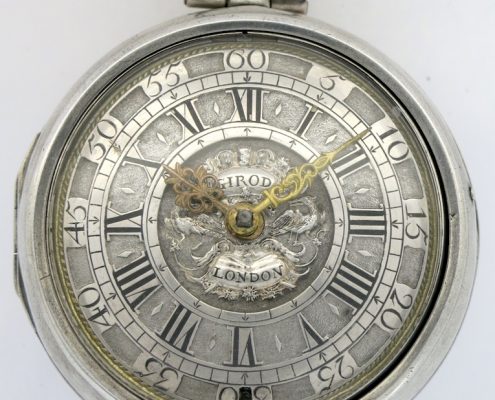 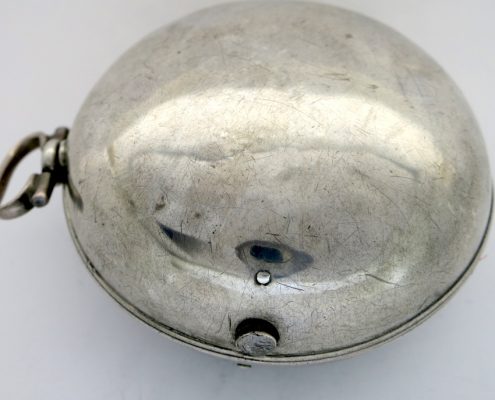 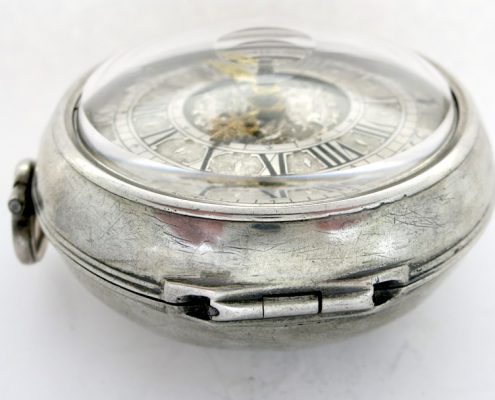 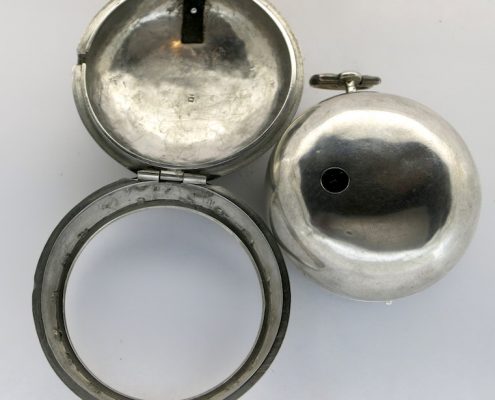 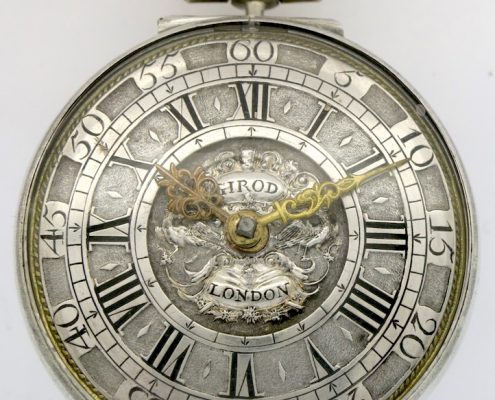 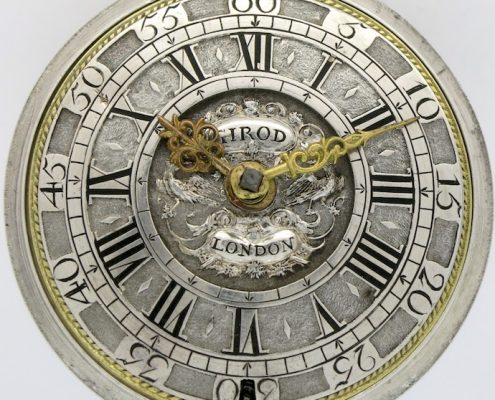 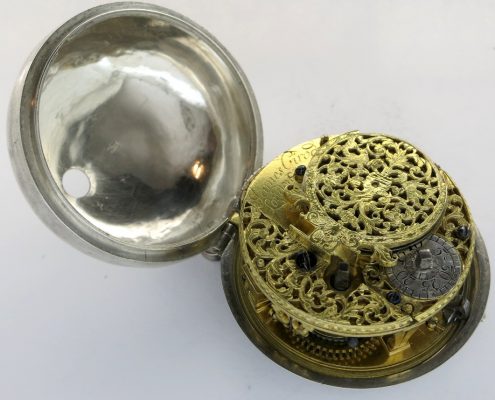 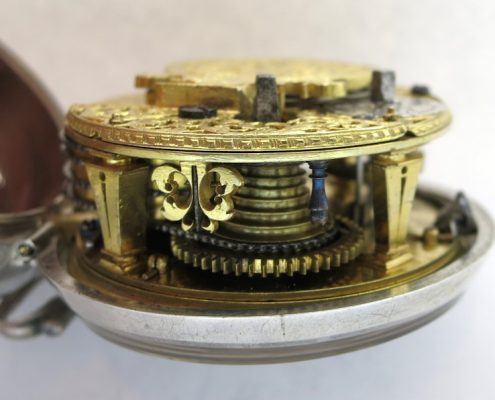 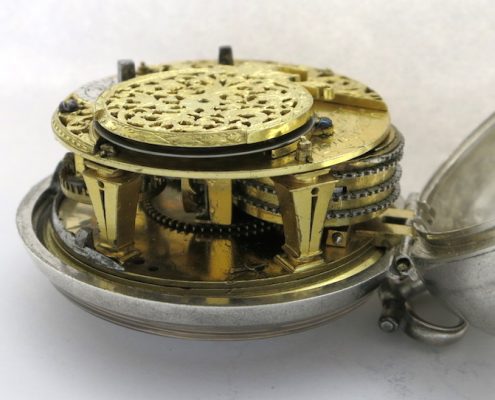 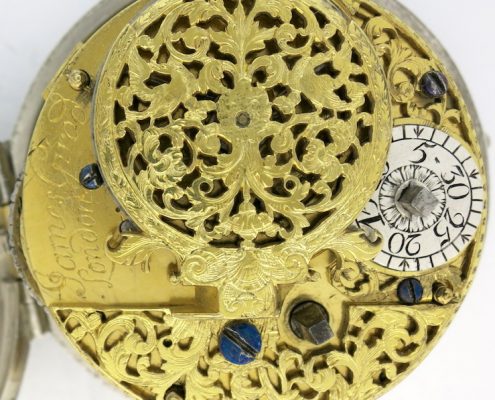 INNER CASE : Maker’s mark IR. In good condition, though the pendant and stem are later replacements. The hinge is fine and the bezel snaps shut correctly. The high dome bull’s eye crystal is fine.

OUTER CASE : Matching maker’s mark to the inner. The hinge and catch are fine (button worn) and the case closes correctly.

James Girod, sometimes known as Jasper, was a Frenchman working in London from 1689 until 1700. He became a Freeman of the Clockmakers Company in 1692.