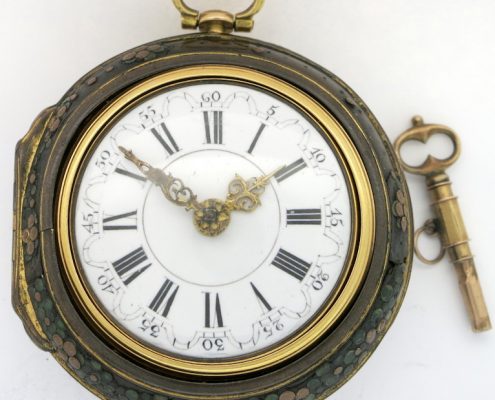 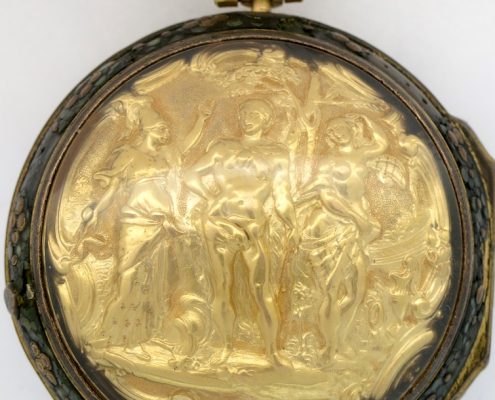 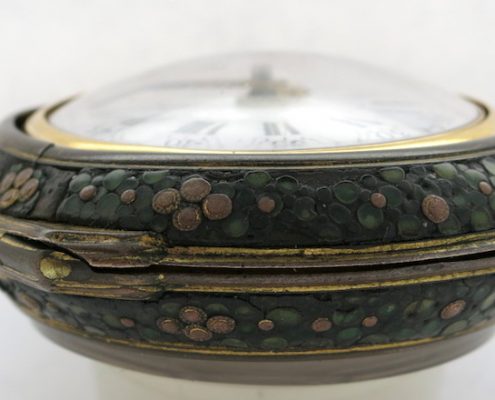 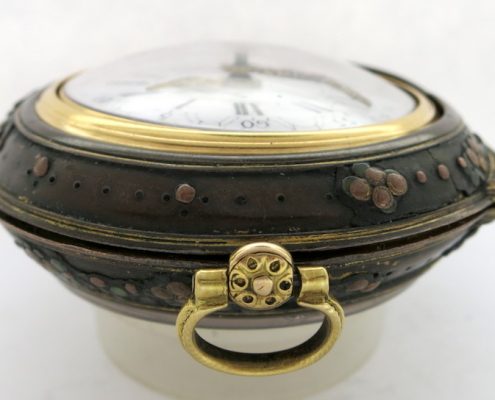 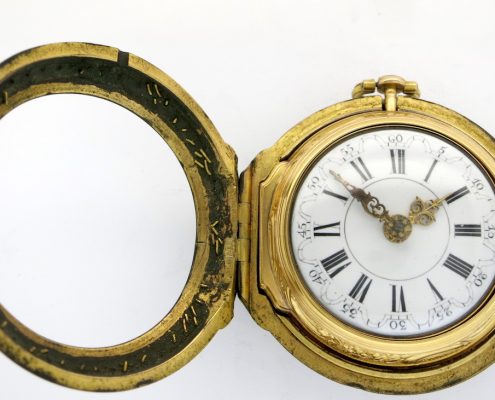 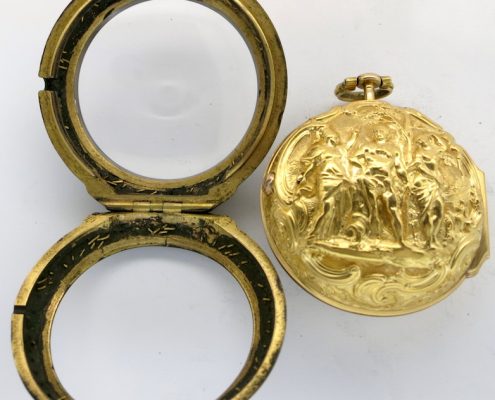 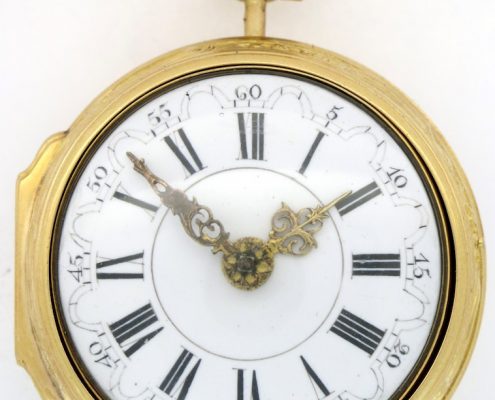 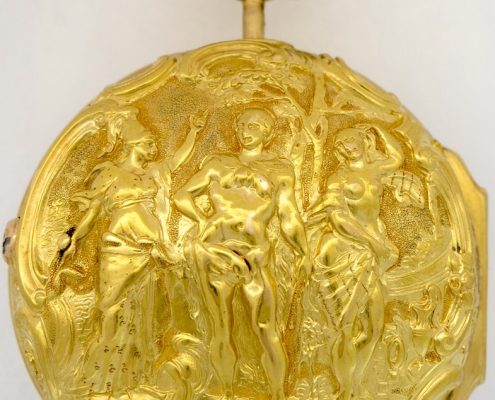 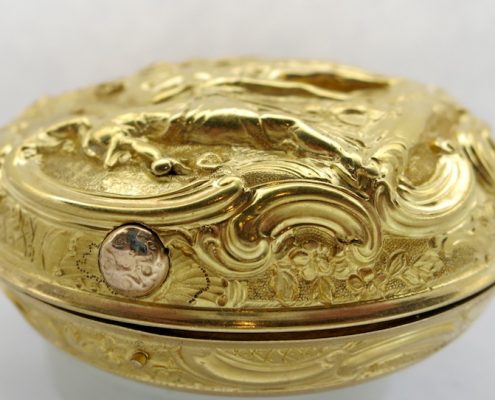 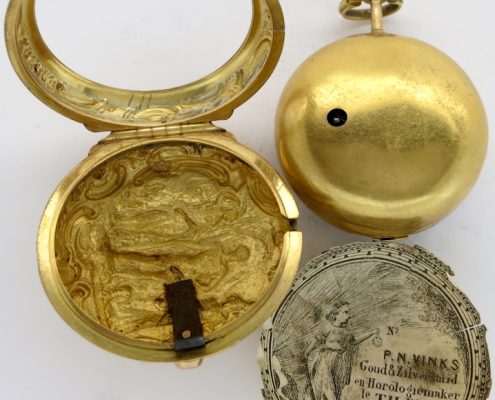 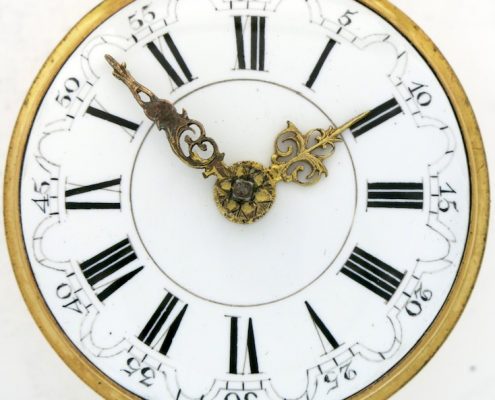 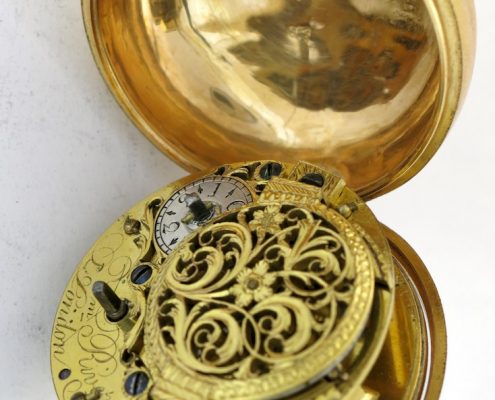 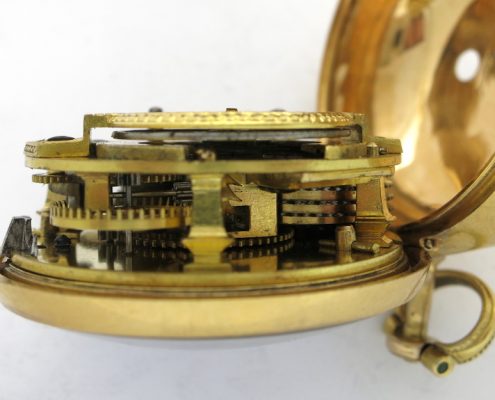 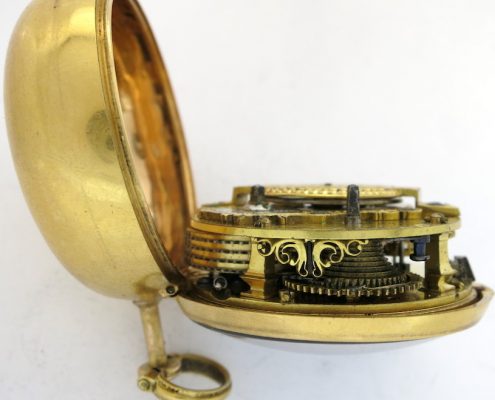 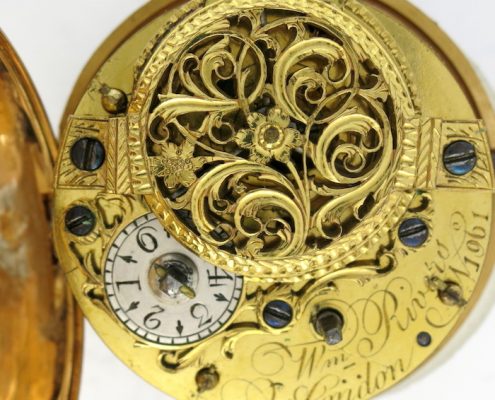 All in good original condition and running well.

DIAL : White enamel in good condition, though with some small chips around the edge. Fancy gilt hands. The minute hand has been repaired.

INNER CASE : 22ct. gold, with London hallmarks for 1776, maker RP. There is a little compression around the band, but the bezel snaps shut nicely and the high dome crystal is fine. The stem has been reattached, but both bow and stem appear to be original.

MIDDLE CASE : A wonderful 22ct. gold case, with fine repousse work, depicting a classical scene. Very little wear to the repousse work, as this has been protected by the outer case. The hinge and catch are both fine and the bezel snaps shut nicely. There is a little damage to the catch button.

OUTER CASE : A gilt and shagreen case, with glass exhibition back. The shagreen covering has some sections missing from both front and back bezels, and there are a few pins missing. The bull’s eye high dome crystal, hinge, catch and catch button are all fine and the bezel snaps shut.

The watch is complete with a fine original 18th century gilt key, a little worn at the end but still usable to wind the movement.

This watch, although having a London hallmark and signature, was probably made on the Continent. William Rivers is listed in the Clockmakers’ Company from 1770 and he died in 1820.