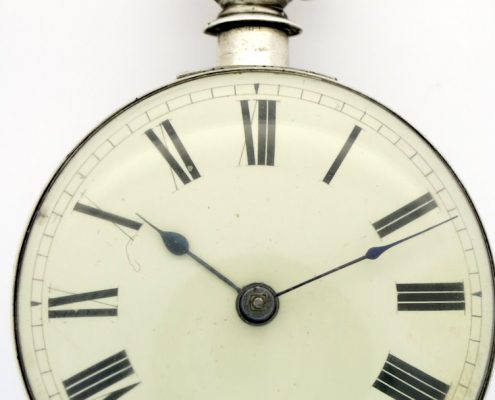 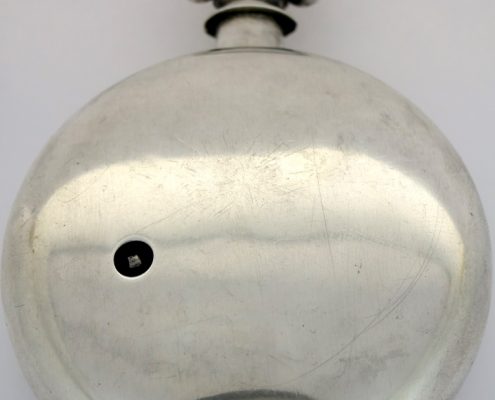 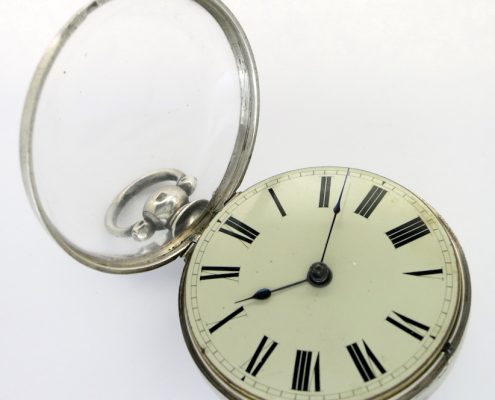 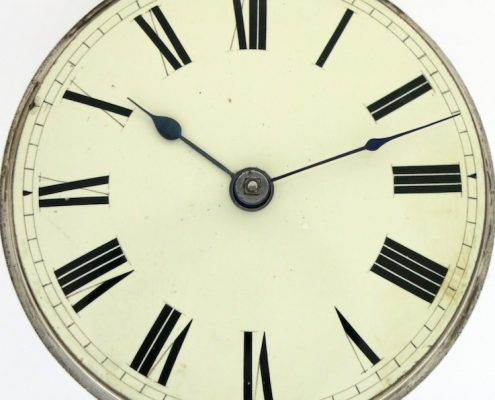 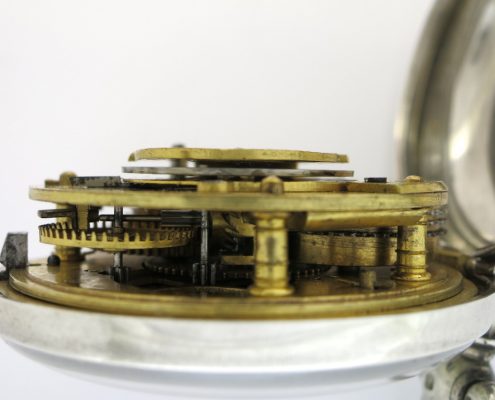 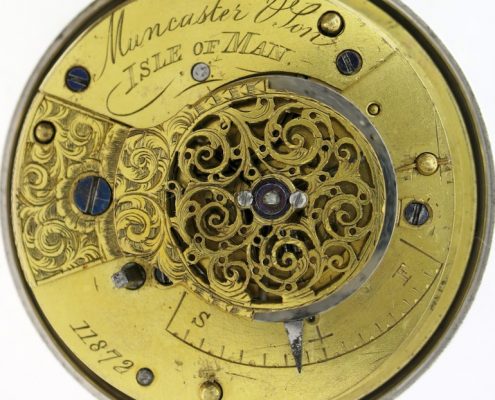 A rare verge watch from the Isle of Man, missing the outer silver pair case.

MOVEMENT : Gilt verge movement, with finely engraved and pierced balance cock, diamond endstone, blued screws and Boseley type regulator. Signed (Muncaster & Son, ISLE OF MAN) and numbered (11872). Four round pillars. Complete and running, with some scratches around the tops of the pillars but generally very good.

DIAL : Cream enamel dial in very good condition, with just some light surface marks and a small chip on the edge at 10. Blued steel hands.

INNER CASE : Silver hallmarks for Birmingham, 1839, maker’s mark TS, and stamped with the movement serial number. A small amount of wear to the left hand edge of the hinge, but otherwise in fine condition. The bezel snaps shut nicely and the crystal is fine.

This watch would originally have had an outer ‘pair’ case, which is now absent.

William Muncaster is recorded at Douglas, Isle of Man from about 1825 until his death in 1851.