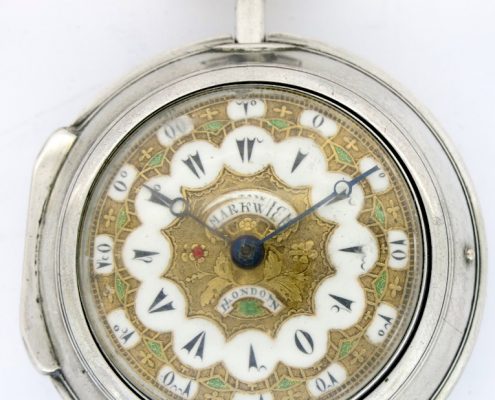 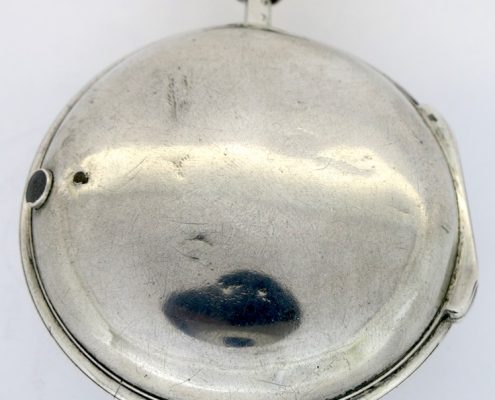 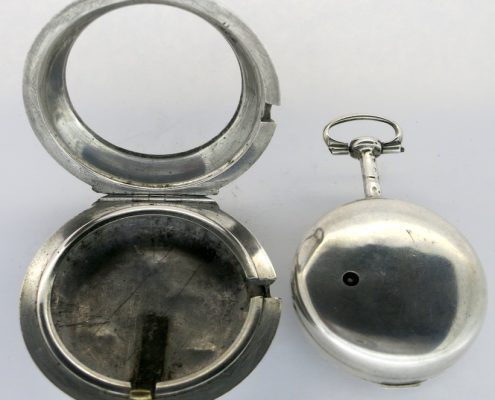 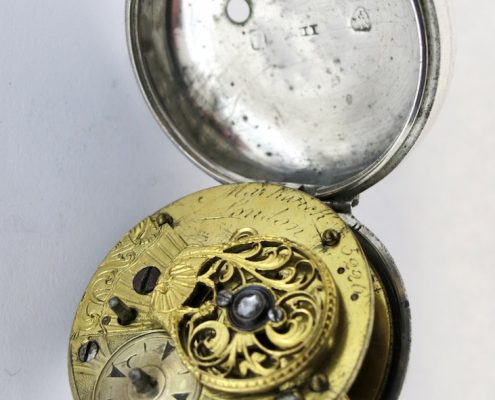 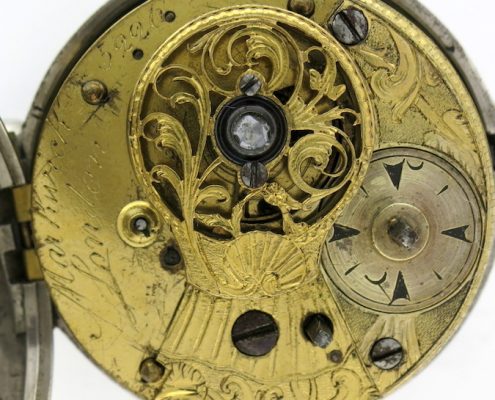 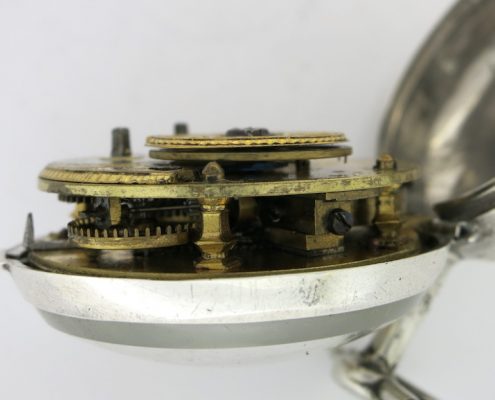 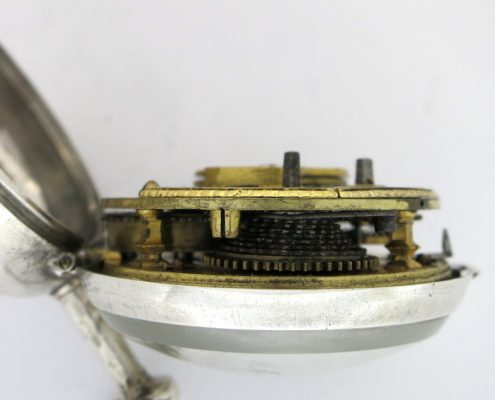 A silver pair cased verge, with wonderful polychrome enamel dial, made for the Turkish market.

MOVEMENT : Gilded movement with 4 square pillars. The engraved and pierced balance cock has a large diamond endstone. The movement is signed (Markwick) and numbered (5226). It is in reasonable condition, with a few scratches, and is running well.

INNER CASE : Silver, with rubbed London hallmarks for 1802. Also stamped with the movement serial no. (5226).

The silver is in good overall condition, with some scratches to the middle of the back, some compression around the band , and wear to the left hand hinge sleeve. The bezel snaps shut nicely.

OUTER CASE : Silver, with no hallmarks. There are some bruises to the middle of the back, and the catch button has been worn down, but the hinge is fine and the bezel snaps shut correctly.

James Markwick was originally partnered with his son in law Robert Markham. Markham retained the name Markwick, and later partnered with Francis Perigal (1751 to 1825).

The movement is of a Continental style, so was probably made in France or Switzerland.