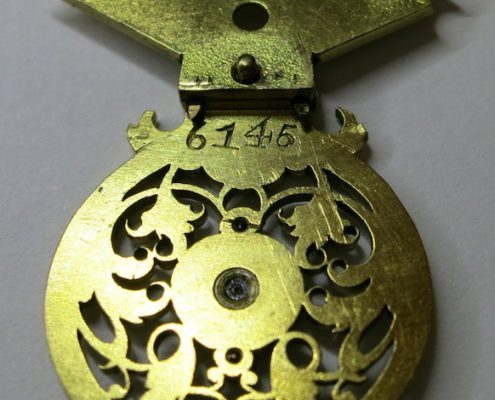 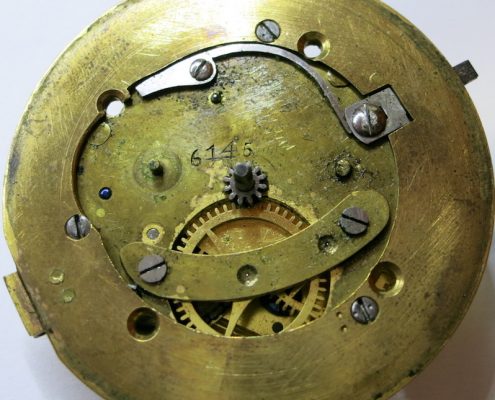 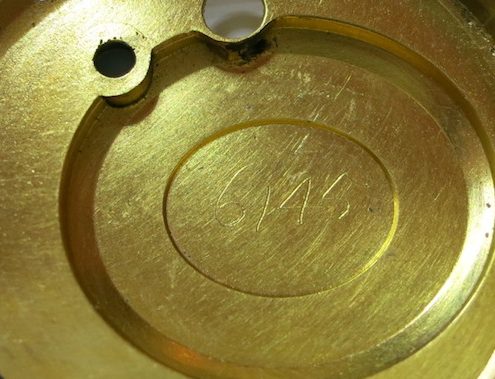 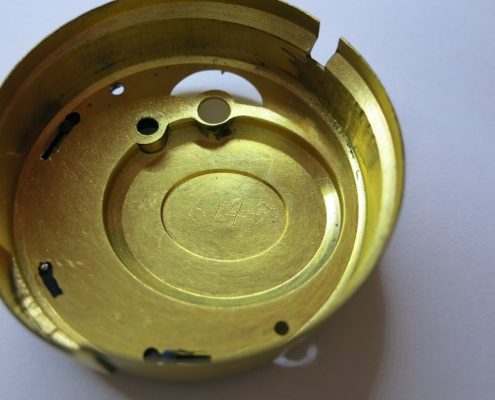 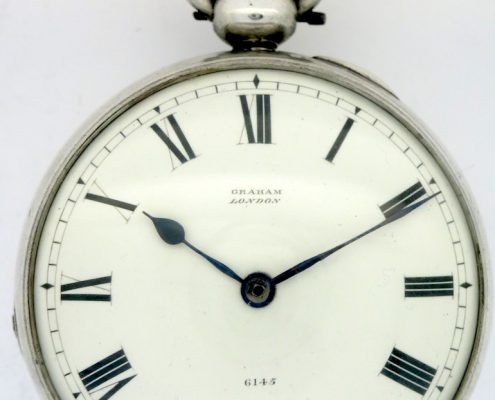 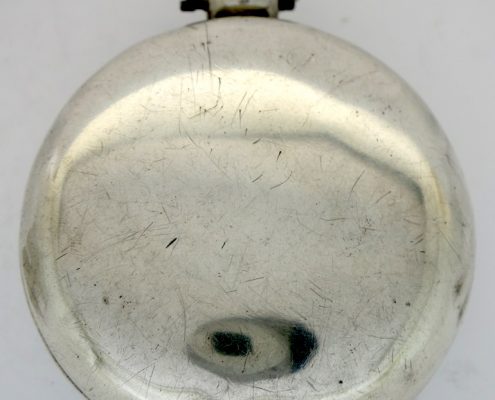 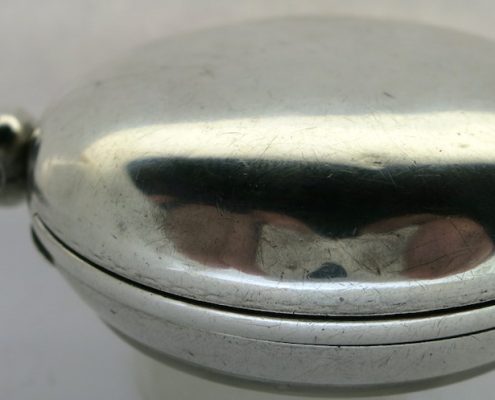 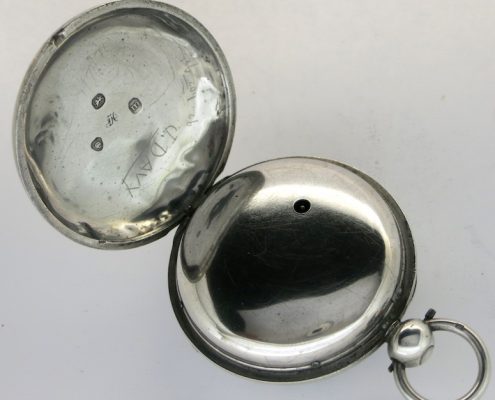 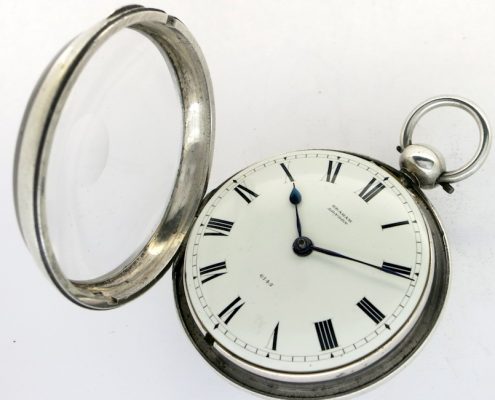 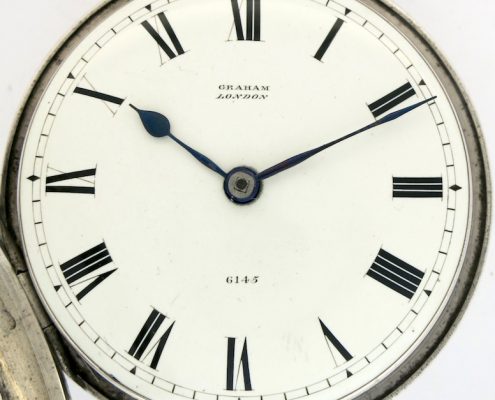 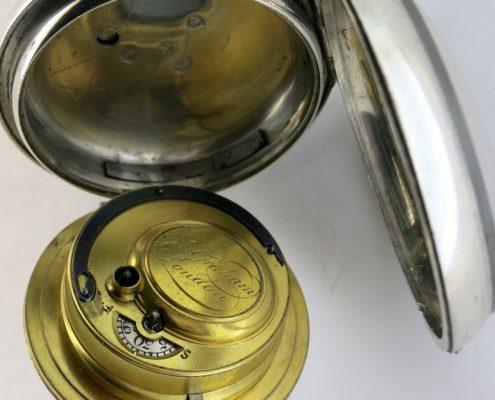 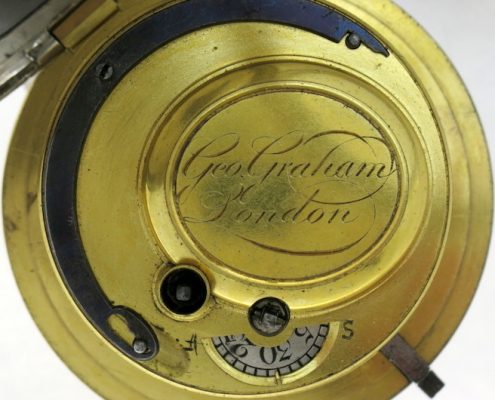 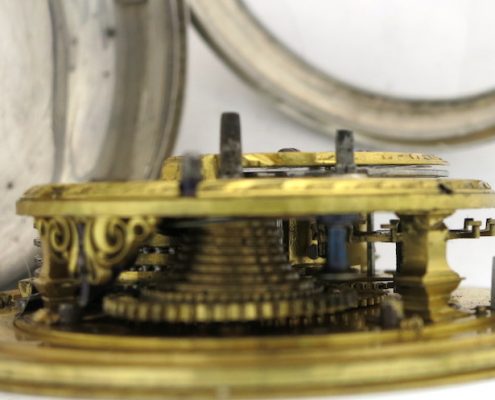 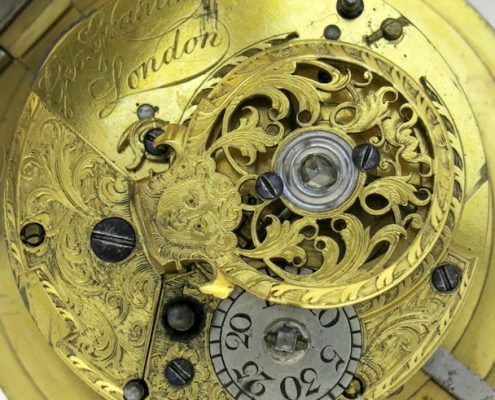 A very fine cylinder movement, by the great George Graham, in a later, purpose made silver case.

MOVEMENT : Gilt cylinder movement, fully signed and numbered (6145). Diamond endstone and signed removable gilt brass dustcap. The dial plate and underside of the balance cock foot are also engraved with this serial number (6145) which is also scratched onto the inside of the dustcap.

There are a few scratches to the top plate, mainly around the pillar tops, but generally all in good original condition and running well.

DIAL : Fine, signed and numbered white enamel dial. One tiny chip on the edge at 7 but otherwise perfect. This dial was probably added when the movement was recased in 1826. Nice matching blued steel hands.

CASE : A heavy and good quality silver case, with London hallmarks for 1826. Maker’s mark JH. There are a few scratches to the insides of the covers, wear to the original engine turned engraving, and some bruises around the edge of the back, but the hinges are fine and both covers snap shut.

The silver case is a perfect fit for the movement, so were almost certainly made (with the dial) specially for this movement, about 80 years after the watch was originally made.

The serial number of the movement dates it to about 1743, by which time George Graham had switched from verge to cylinder movements.