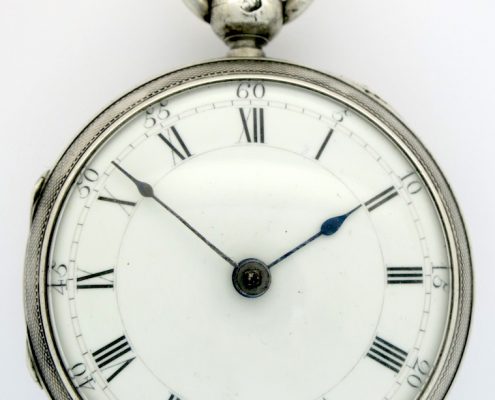 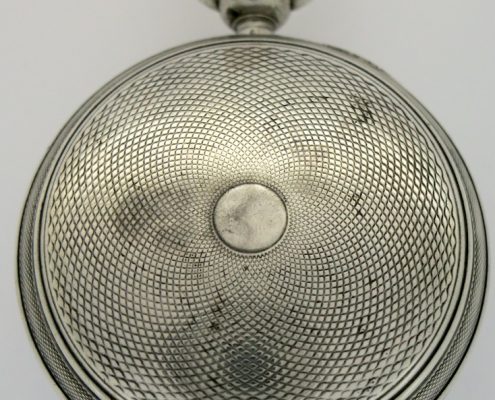 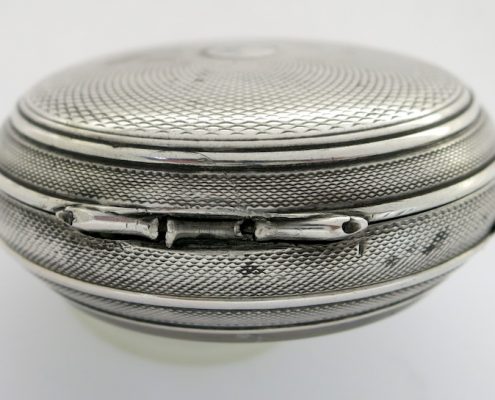 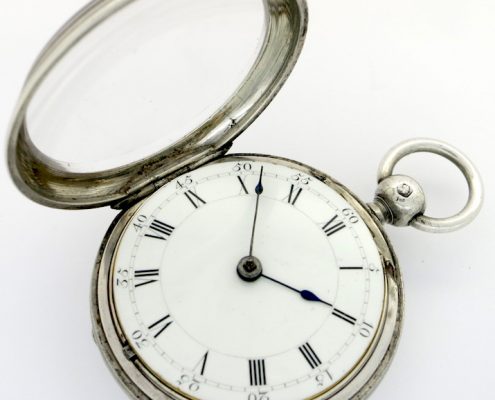 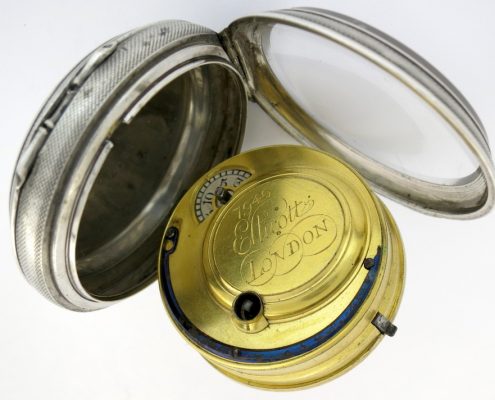 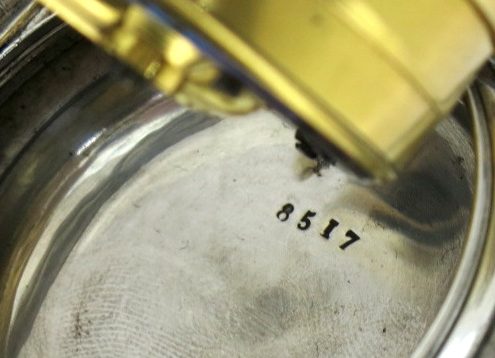 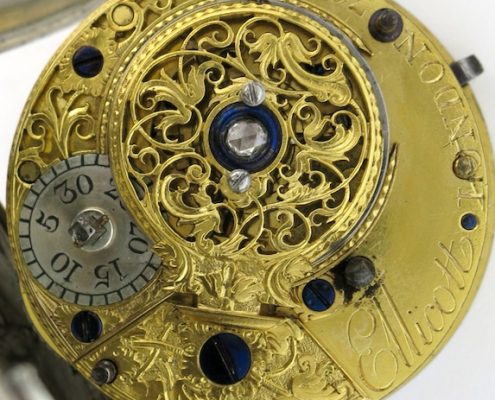 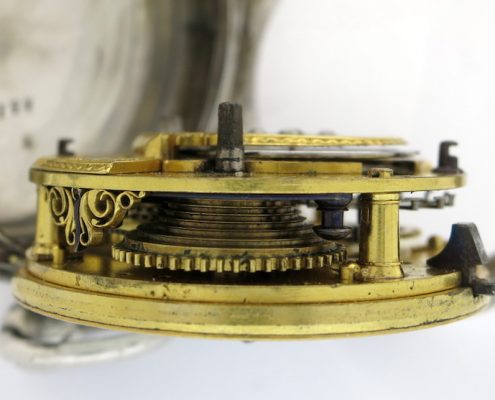 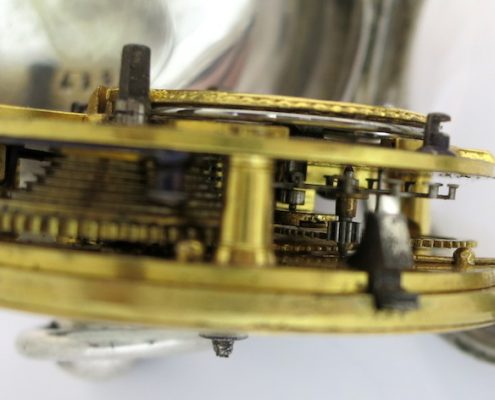 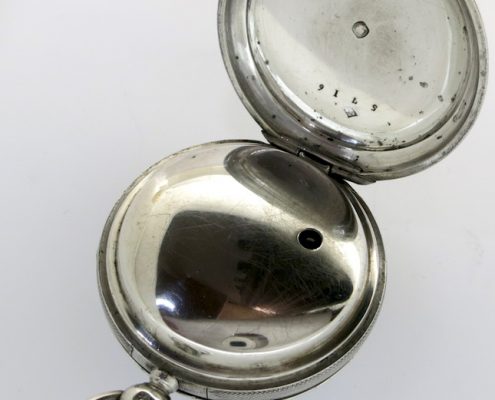 A fine and small cylinder movement, by the Ellicott family of watchmakers, in a later silver case.

The movement is protected by a signed and numbered (7940) gilt brass dustcap.

DIAL : Elegant white enamel, in fine condition with no repairs, and just some tiny flakes around the edge. Later blued steel spade hands.

CASE : Later, but nice quality engine turned silver case. Continental marks. In good condition with the engine turning still crisp, and just a little wear to the hinge of the back cover. Both covers snap shut correctly and the high dome crystal is fine.

The case is a slightly later replacement, probably added in the early 19th century. It is a perfect fit for the movement, so was probably purpose made.

The serial number dates this watch to about 1785 when watches by Edward Ellicott (I) were just signed ‘Ellicott’. Edward held the Royal Warrant of Watchmaker to the King (George III), and he died in 1791.