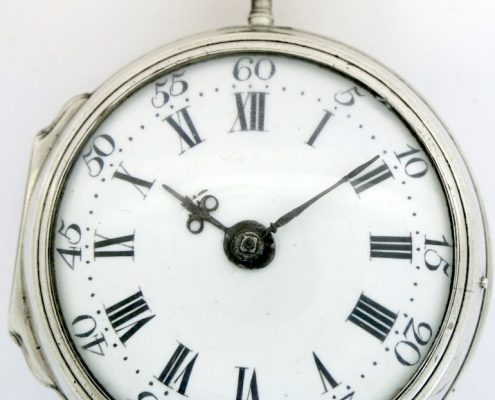 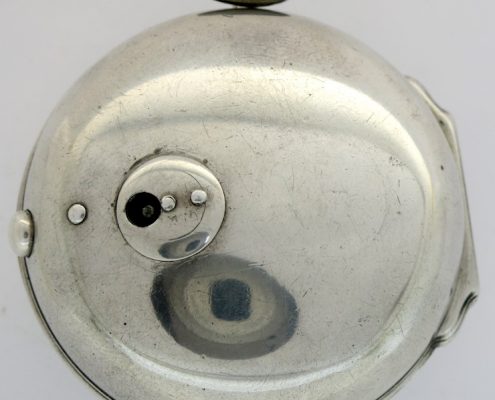 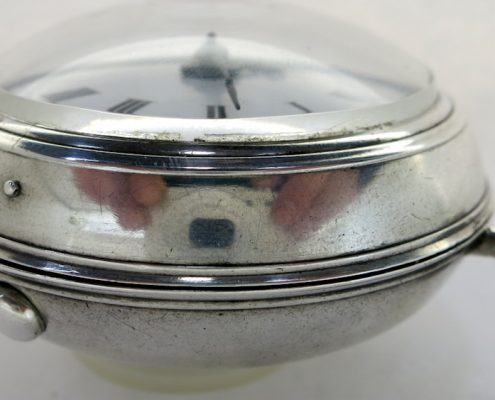 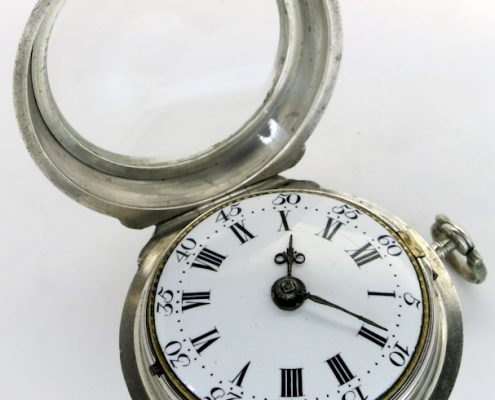 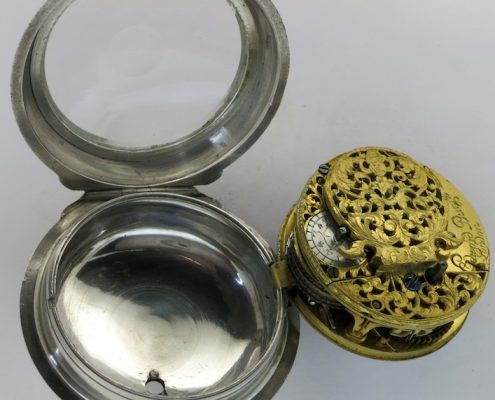 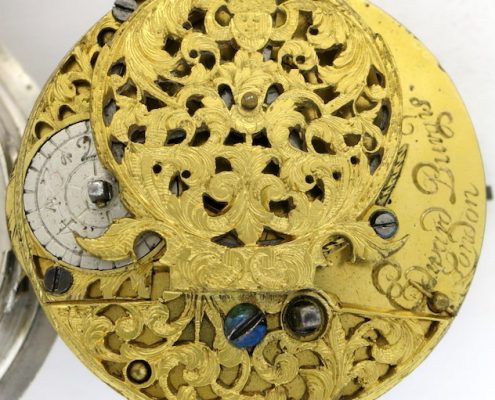 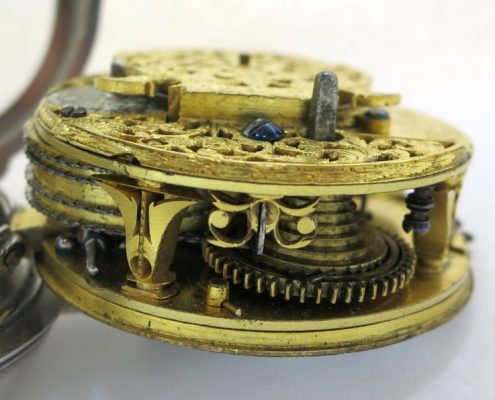 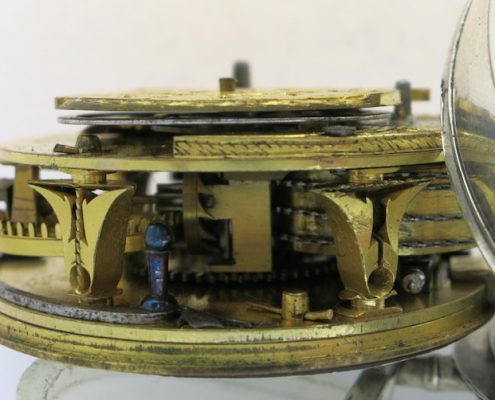 DIAL : Later white enamel, in fine condition with no repairs, and just some light surface scratches and some tiny flakes around the edge. Mid 18th century steel beetle and poker hands.

The dial and case are both later replacements, probably added in the mid 18th century. Both are a perfect fit for the movement, so were probably purpose made.