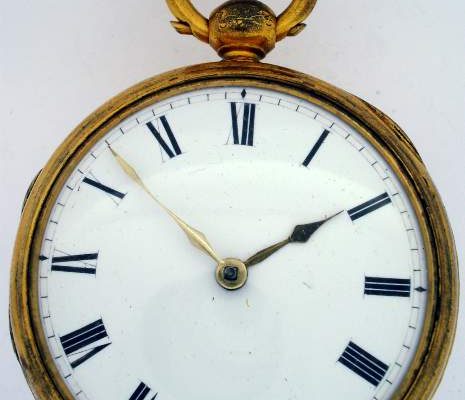 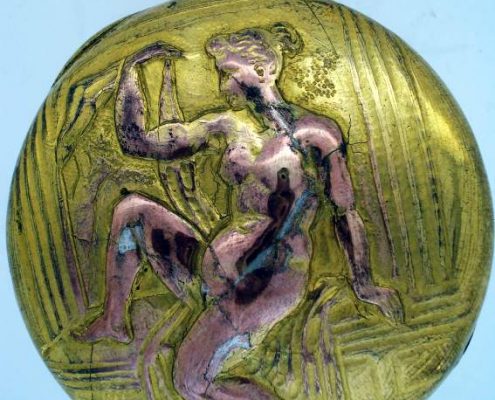 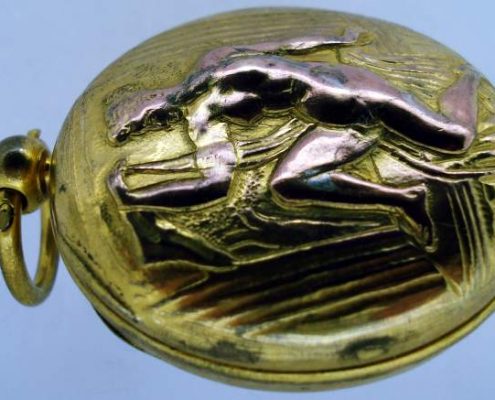 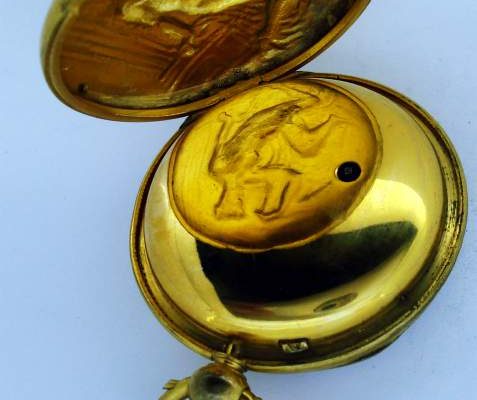 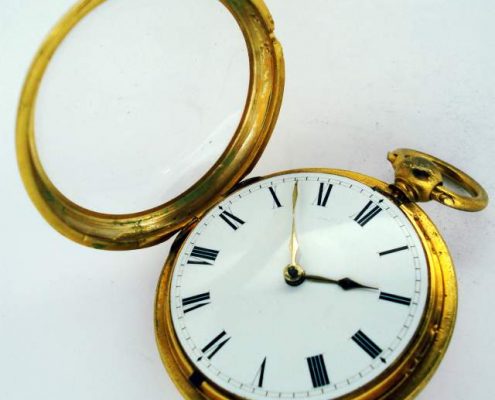 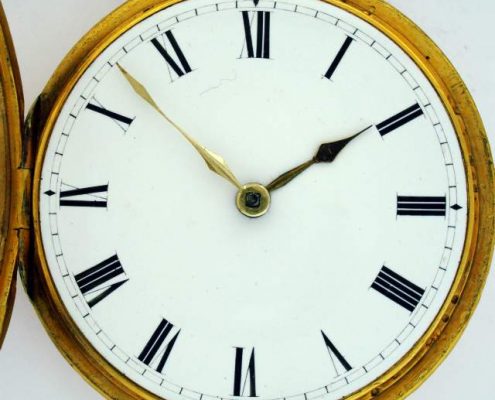 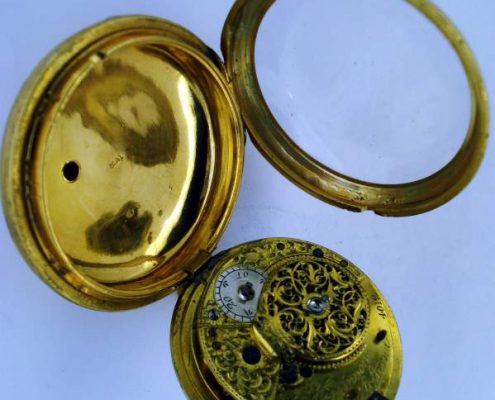 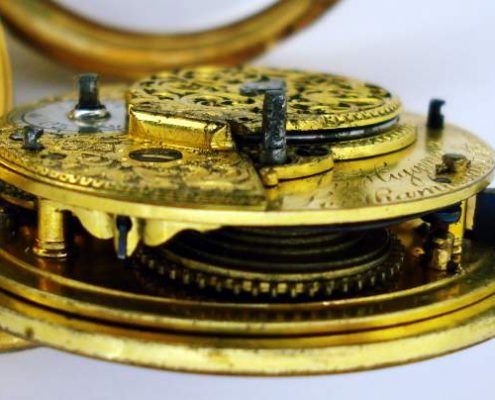 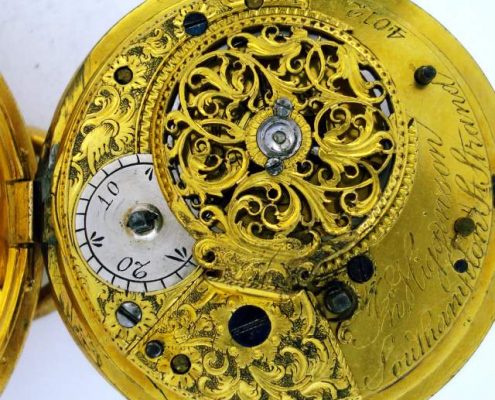 MOVEMENT : Signed (Jno. Higginson, Southampton Street, Strand) and numbered (4012). Gilt brass verge movement, with four round pillars, well engraved and pierced balance cock and plate, diamond endstone and silver regulator disc. Good condition and running well. The movement would originally have had a detachable dustcap (there are two retaining posts on the top plate) but this was probably removed when the movement was recased.

DIAL : Large white enamel dial, perfect except for a small chip on the edge at 12.

CASE : Repousse gilt brass. Maker’s mark WB. Good condition though the gilding is a little worn in places. The hinges and crystal are fine and both covers snap shut. The repousse decoration of a nude female figure on the back cover is beautifully done. The figure may originally have been silvered, now worn to a copper colour.

I believe that this beautiful and unusual case was probably made towards the end of the 19th century, possibly in France.

John Higginson is listed in Southampton Street, The Strand, London in 1811.