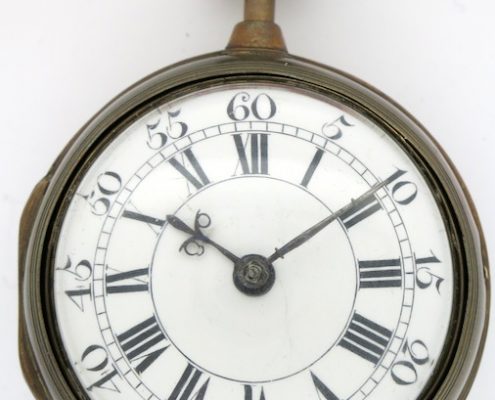 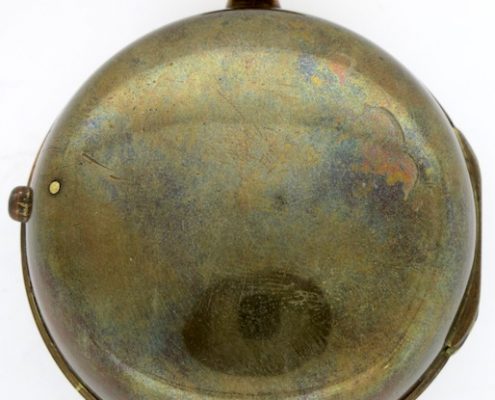 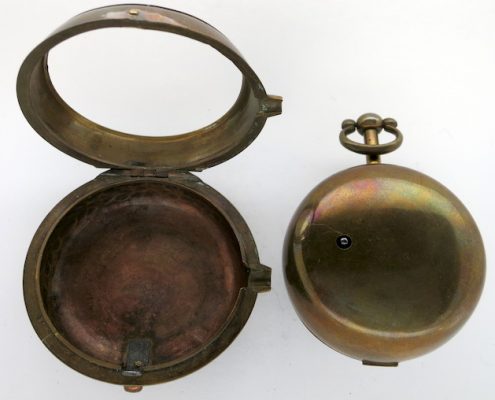 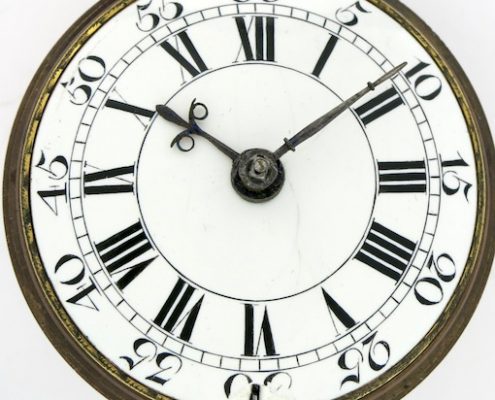 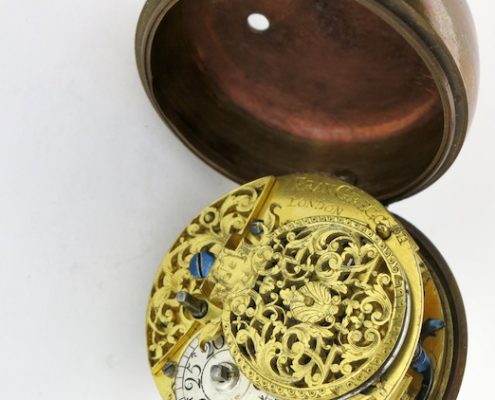 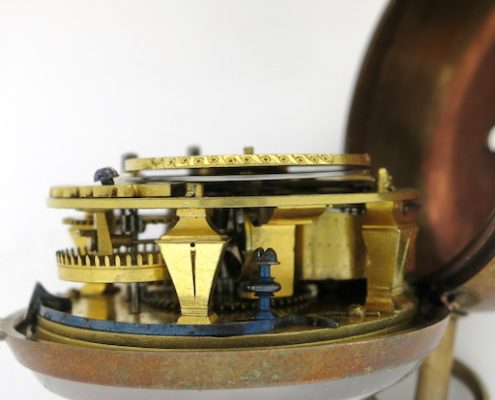 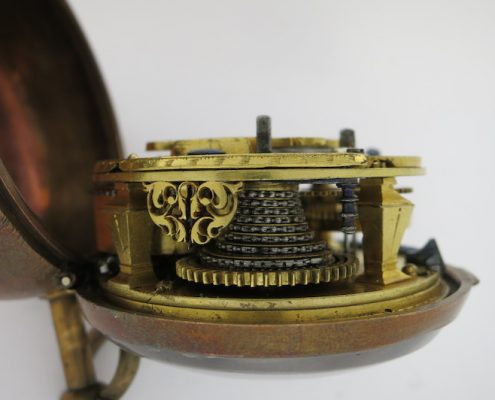 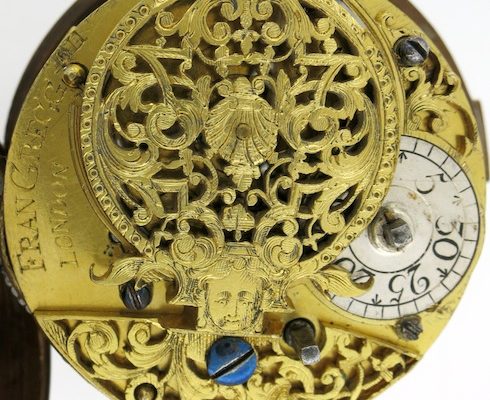 DIAL : White enamel, in good condition, with repairs around the catch at 6 and two very light hairlines running from the centre. Nice original 18th century steel beetle and poker hands.

The dial, and case were probably added later in the 18th century. This movement would probably originally have had a silver champleve dial.

Francis Gregg is listed from 1691 until 1747 (though intermittently as he was bankrupted twice).