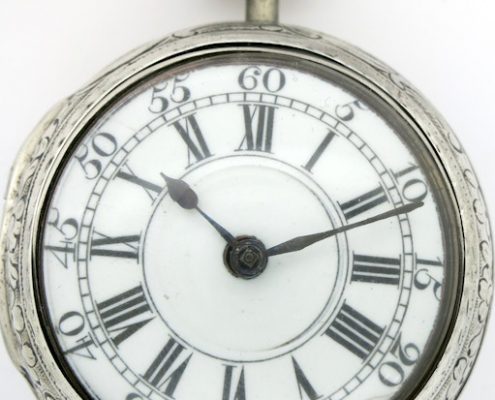 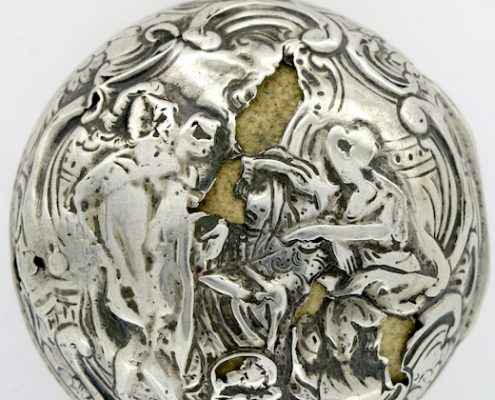 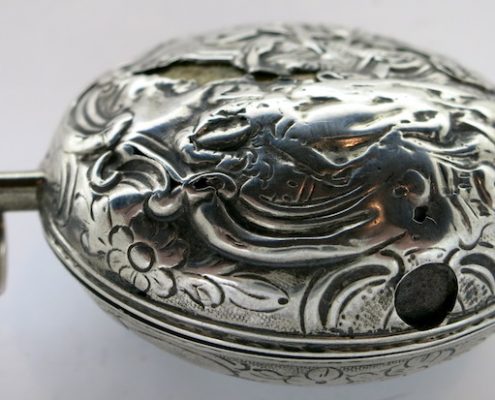 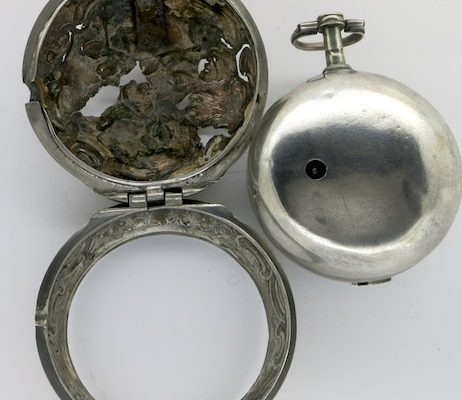 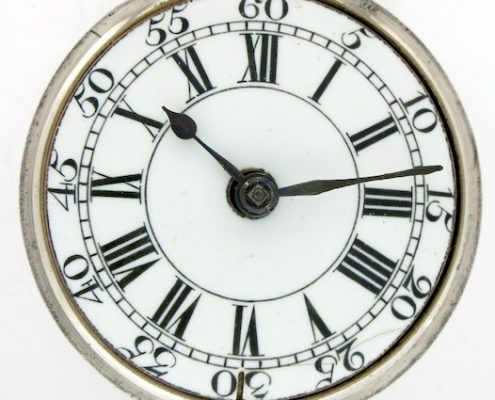 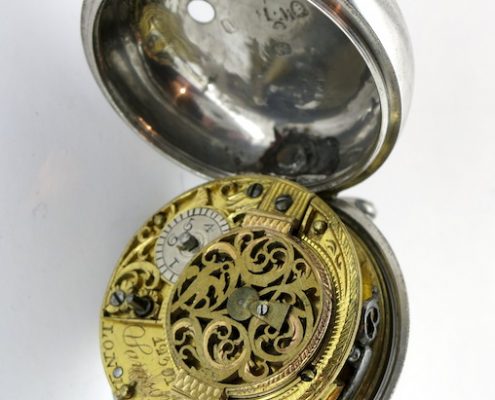 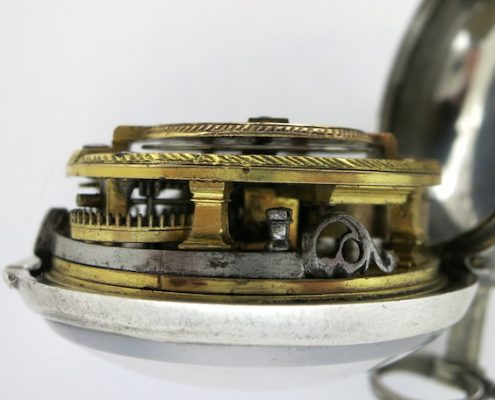 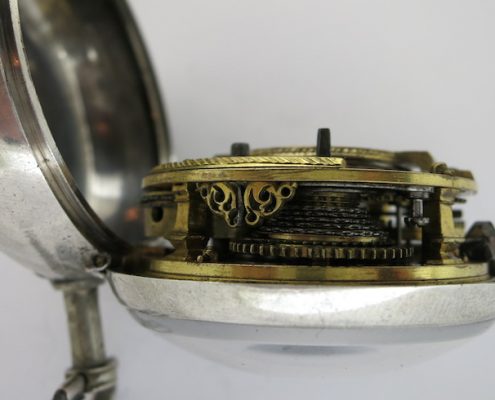 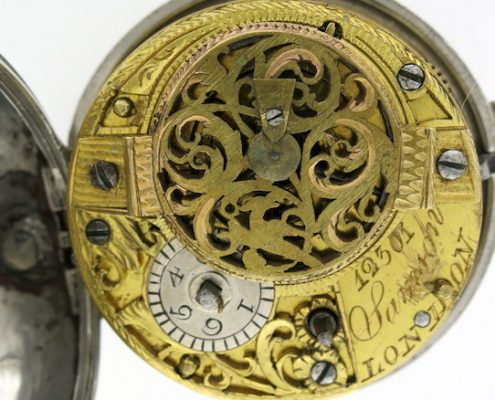 MOVEMENT : Signed and numbered (12301) gilt brass verge movement, with four square pillars, balance bridge and plate, and silver regulator disc. A few scratches to the plates, especially around the pillar tops, and wear to the engraving on the balance bridge, but complete and running.

DIAL : White enamel, in good condition, with no repairs and just one hairline across the bottom near the catch. The dial has a slot near 6 but no catch release to match, so this is a replacement dial.

INNER CASE : Silver, hallmarked for London, 1786, with the movement serial number and worn maker’s mark. The case shows a little compression around the band, the stem has been reattached and the case strengthened around the neck. The hinge is fine and the bezel snaps shut nicely, The high dome bull’s eye crystal is fine.

OUTER CASE : Silver repousse. Very poor condition with significant wear to the high points of the repousse work, resulting in several holes, but no repairs. The catch button is absent and the hinge is worn, but the case does close.

Samson is a name commonly used to sign watches made on the Continent during the mid 18th century. These are usually marked ‘London’ but were probably made in Holland or Switzerland