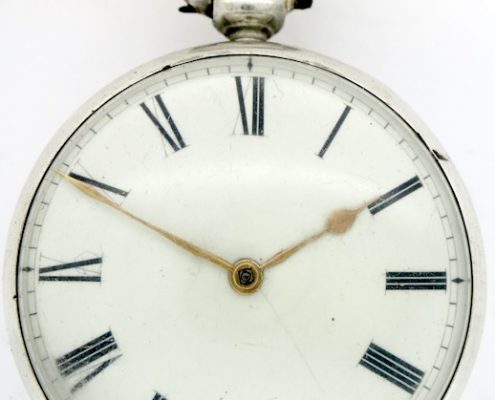 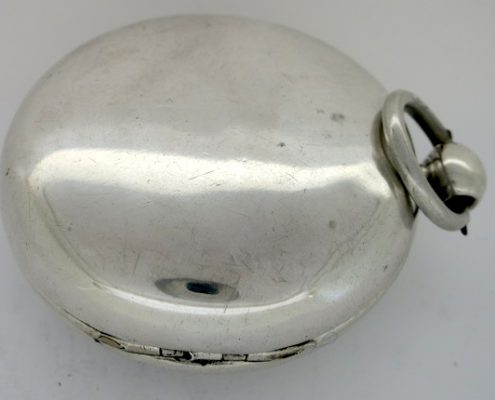 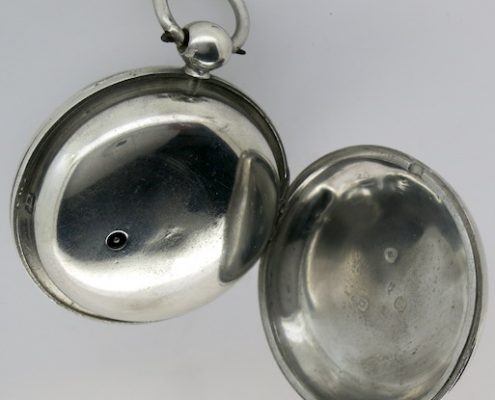 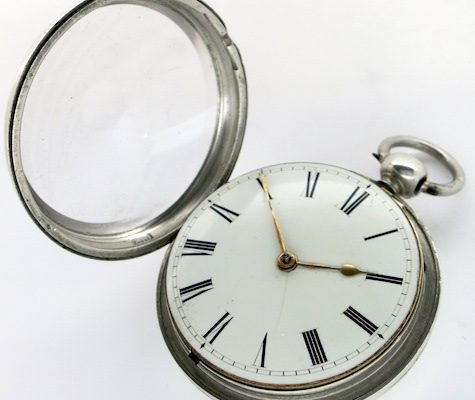 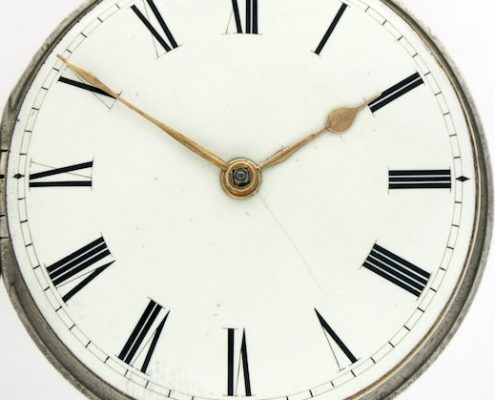 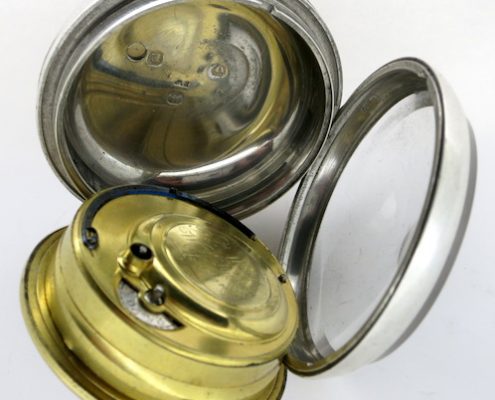 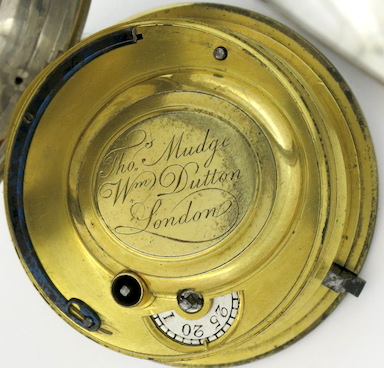 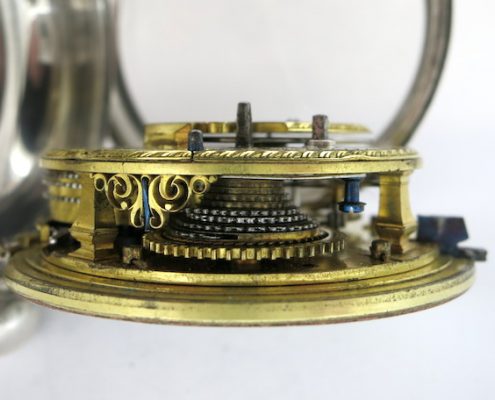 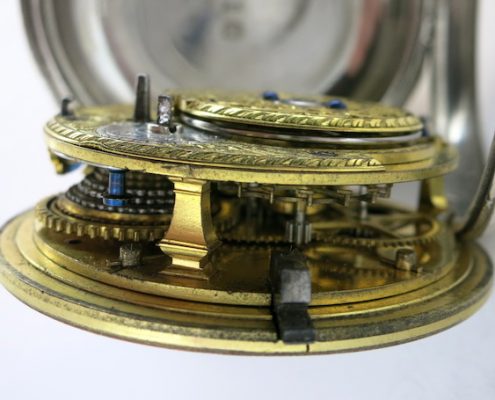 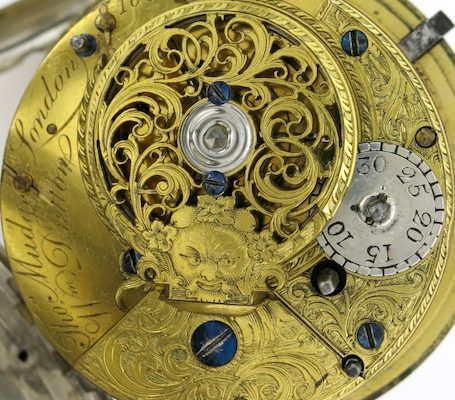 This is a fine cylinder movement watch, by the great Thomas Mudge, in partnership with William Dutton, made around 1770. It is in a later silver case, probably made especially for the movement.

MOVEMENT : Gilded cylinder movement, with engraved and pierced balance cock, and diamond endstone. Signed (Tho. Mudge W. Dutton London) and numbered (1056). The movement is protected by a signed removable gilt dustcap. It is all original, in good condition and is running well.

There is a little wear to the gilding of the dustcap, cause by rubbing against the case, but the movement fits the case perfectly now. There is also a small piece missing from the end of the steel ‘C’ clip on the dustcap, though the cap is held firmly.

DIAL : The later white enamel dial is in good condition but with a single light hairline running across the dial from 5 towards 11. This dial is probably of the same period as the case (ie. 1828).

CASE : Later silver consular case, hallmarked for London, 1828, maker EW. In good overall condition though the hinge is a little worn and there is one bump on the bezel at 2. However both covers do snap shut. The high dome bull’s eye crystal has a few light scratches but no chips.

This case and dial fit the movement perfectly and have probably been made specially for the movement.