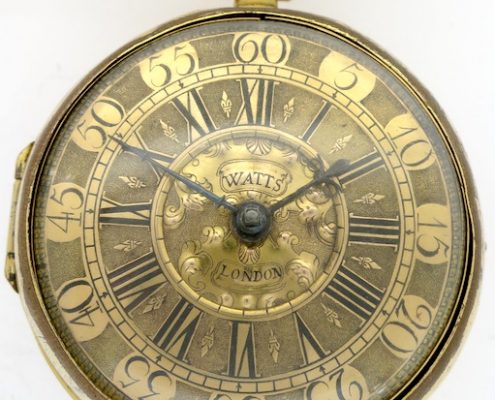 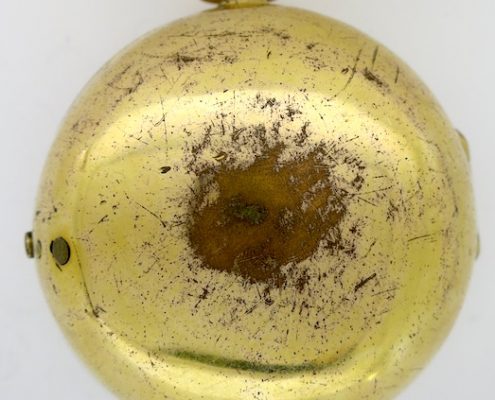 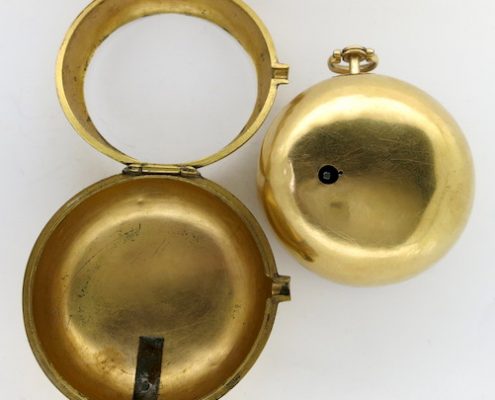 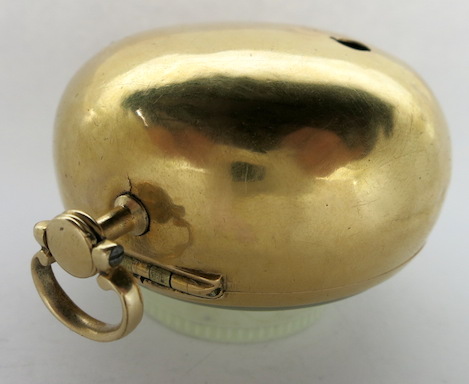 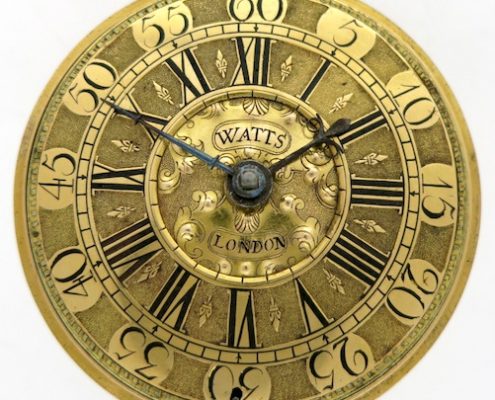 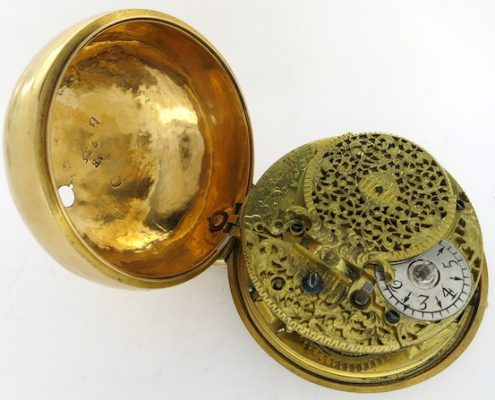 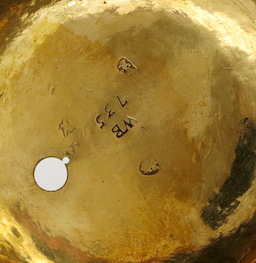 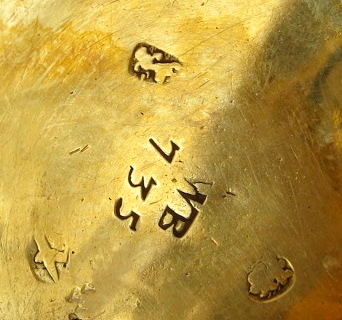 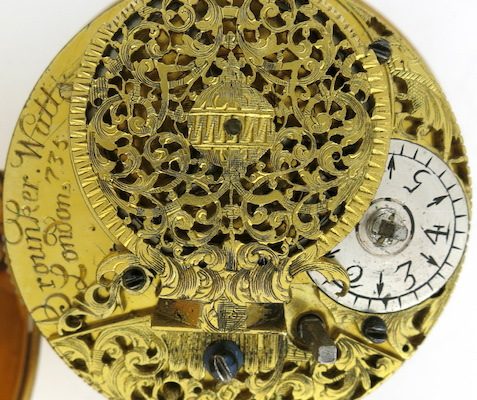 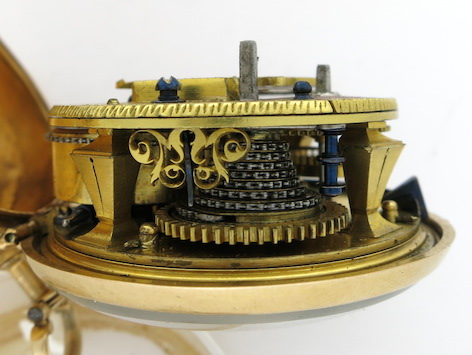 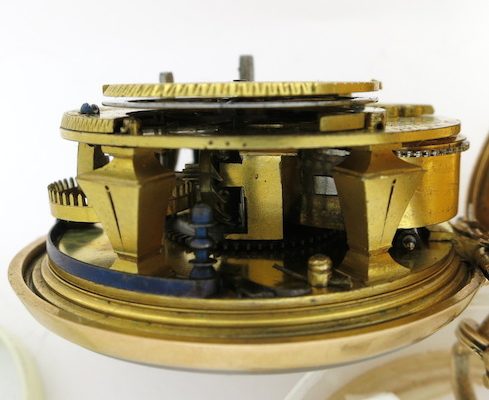 INNER CASE : Gold, with hallmarks for London, 1710 (rubbed), maker’s mark ‘WB’ and movement serial number ‘735’. A few light bruises around the band and a small tear at the base of the stem but in overall very nice condition. There is a small hole next to the winding aperture which would originally have held a small round sliding cover for the winding aperture. The hinge is fine and the bezel snaps shut nicely. Good high dome bull’s eye crystal.

The case maker was probably William Bertram who has been recorded as a maker for Brounker Watts (2 examples in the Clockmakers’ Company collection).

OUTER CASE : Gilt pair case, in excellent condition. The hinge, catch and catch button are all fine and the bezel snaps shut nicely. A little wear to the gilding on the rims and middle of the back.

This outer case is a perfect fit for the inner and there is no reason to doubt that this isn’t original to the watch.

Brounker Watts is recorded working in Fleet Street from 1684 until his death in 1719. He became a member of the Clockmakers Company in 1684 and was an apprentice to Joseph Knibb in 1685. He is recorded as making repeating pocket watches and musical clocks, which can be seen at the Guildhall Museum.